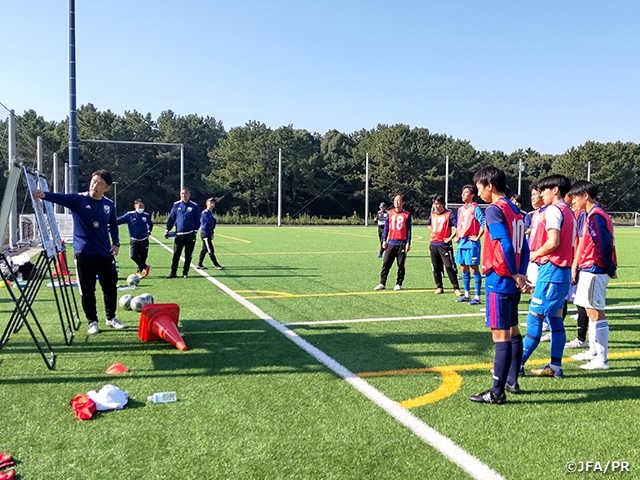 Only two weeks remain in Module 4. The participants had one final opportunity to practice before the final exams during this second round of coaching sessions for module 4. Instead of studying for the exam, the participants and instructors talked about how they could help the players and what they needed to improve as coaches. 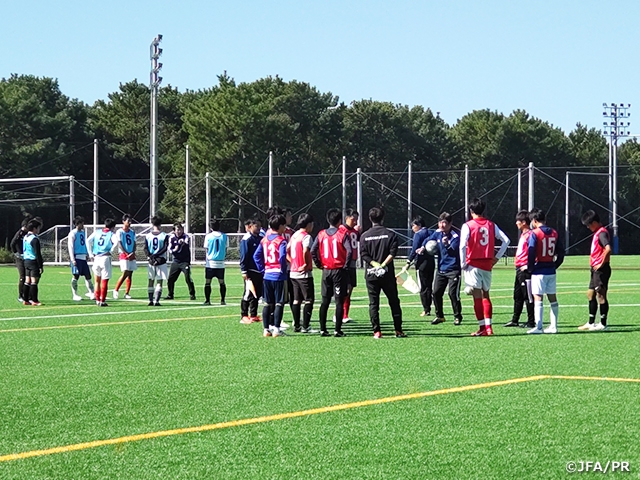 Mr. HAYASHI Masato (FC Imabari)
The lectures on the first day were "Sports management" by Mr. HARADA Munehiko and "Laws of the Game and VAR" by Mr. TOJO Minoru. The lecture on sports management started with Mr. Harada describing the characteristics of sports business before explaining that “the three pillars of government, business and the community are changing over time, with SDGS, decarbonisation, and climate change being the main focus of sports, health and urban development, we need to think how we can revitalise and develop our local community through sports.” The lecture made us realise that humanistic sports management is needed in an era of changing values and lifestyles. In the lecture on Laws of the Game and VAR, various recent rule changes were explained using footage of offside, as well as the principles of VAR and case studies utilising footage of actual matches. By hearing and seeing the real voices and images of actual VAR sessions, this lecture provided us with a valuable opportunity to understand how referees usually think.

The lectures on the second day were on physical fitness by Mr. KANNO Atsushi and “Professional Coaching Theory” by Mr. UKISHIMA Bin. In the lecture on physical fitness, we reviewed the physical training practice held at Nippon Sport Science University on 26 October and compared the results of GPS measurements with the objectives of the training. The TRs performed in practice were (W-up, speed TR, medium-intensity aerobic TR, high-intensity aerobic TR and sprinting endurance) and it was confirmed that the physical component (acceleration/deceleration, heart rate, sprinting intensity etc.) was affected by the size of the organisational change. Through this lecture, we were also able to confirm that comparison with world standards (averages) is a good indicator for both coaches and players.

The lecture on professional coaching covered the key points of the coaching sessions, as well as a section on team organisation. I felt the importance of understanding the average annual salaries of players and coaches in the J.League and other leagues around the world, understanding the right number and types of players suited to organise a team according to your style, and the importance of communicating with the scouting department. Participants are likely to become coaches in the coming year, so this lecture reminded us that we really need to be prepared.

The lectures given on the third day were "Mass media and Coaches" by journalist Mr. OSUMI Yoshiyuki and a lecture on club management by Mr. SUZUKI Mitsuru. In the lecture on Mass media and Coaches, the participants learnt what the media is, what they are looking for, how young players should deal with the media, the importance of media education and knowledge on the internet and SNS, as well as what coaches need to pay attention to when dealing with the media. A practical interview was then conducted, which made the participants realise the difficulty of such interviews and the power and importance of word selection. In the lecture on Club Management, we learnt about the selection and evaluation of coaches and players at J clubs. It was a valuable opportunity for future coaches to hear the real voices from the field, including the characteristics of successful players and coaches, the criteria for selecting coaches, and the relationship between GMs and coaches. 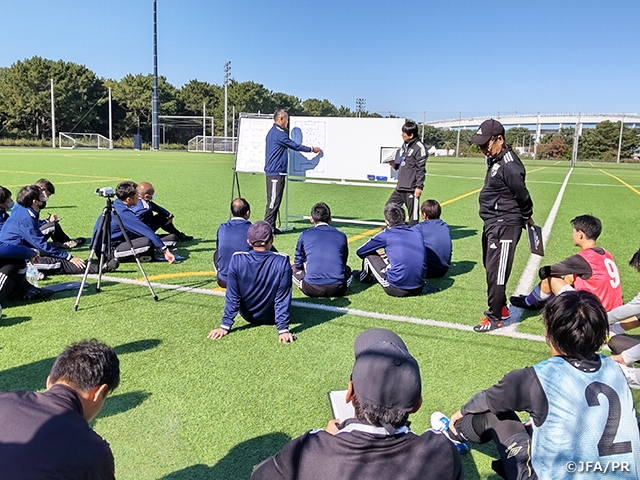 Next week, we will share the report of Mr. Murakami Kazuhiro (Vegalta Sendai).