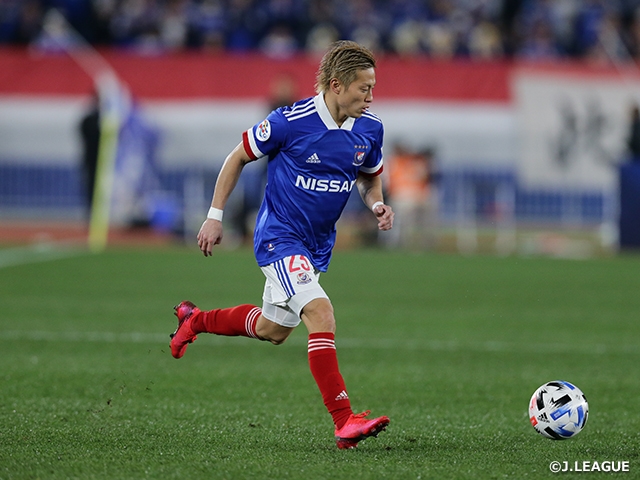 After being postponed due to the effects of COVID-19, matches of the AFC Champions League (ACL) eastern division will take place in Qatar. Three clubs from Japan, Yokohama F. Marinos, FC Tokyo, and Vissel Kobe will resume action on 24 November, for their search for the ACL title. 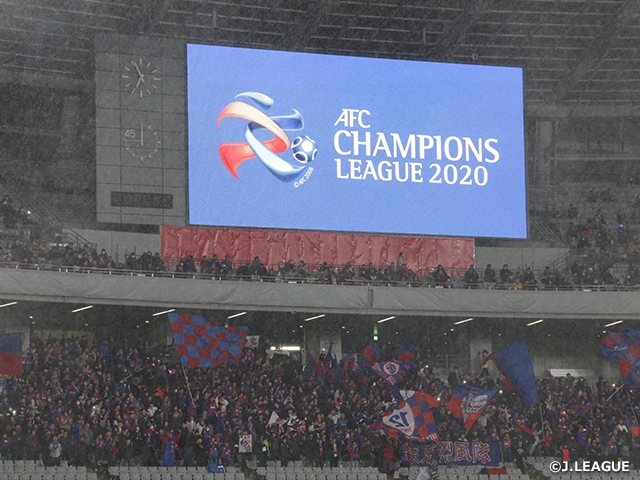 This year, the ACL kicked off its group stage on 11 February for the eastern division, but after entering the third match week, all matches were postponed due to the spread of COVID-19. With the virus causing a worldwide pandemic, the AFC was in search for new match dates and location to carry on the remaining matches, and it was determined that the eastern division will hold its matches at Qatar starting 18 November.

The remaining fixtures of the group stage will take place until 3rd and 4th December, where clubs will play matches with two day rests to determine the two clubs advancing through to the knockout stage from each group. The round of 16 (12/6, 7), quarterfinals (12/10), and semi-final (12/13) will all be played in a one-match knockout format, instead of the usual home-and-away format. The winner of the eastern division will advance to the final, which will take place on 19 December at Doha, where they will face the winner from the western division.

Prior to the league’s postponement, clubs had played different number of matches, thus creating a different match schedule for each club. Especially for the Chinese clubs who were affected by the pandemic during February and March. Except for Beijing Sinobo Guoan in Group E, all Chinese clubs will be playing their first group stage match of this year's competition. For the Japanese clubs, FC Tokyo will resume action on 24 November, while Yokohama FM and Kobe will resume on 25 November. Each team will face a Chinese club and face the same opponent in the second leg, which will take place three days following the first leg.

The Chinese Super League has changed the league format upon their restart in July, as clubs were divided into two groups to conduct the first stage, followed by the play-offs, which took place during October and November. The three clubs facing the Japanese clubs, Guangzhou Evergrande Taobao, Shanghai SIPG, and Shanghai Greenland Shenhua, each finished in second, fourth, and seventh place, respectively.

After winning the J.League title last season, Yokohama FM has entered the ACL for the first time in six years. They are joined by the K League 1 champion and two time ACL champion Jeonbuk Hyundai Motors, last year’s quarterfinalist Shanghai SIPG, and the winner of A-League’s grand final Sydney FC in Group H. Yokohama is scheduled to face Shanghai SIPG in their first match following the restart.

In February, Yokohama started off the ACL group stage with a 2-1 victory against Jeonbuk in an away match. The Japanese club went onto win their second match against Sydney 4-0 at home, thanks to the braces scored by ONAIWU Ado and NAKAGAWA Teruhito. With the two wins, Yokohama is currently in first place, while Shanghai SIPG sits in second place, after winning their match against Sydney 2-1 on the 19th. Shanghai SIPG will now play against Jeonbuk on the 22nd, before facing Yokohama.

FC Tokyo has won their way into the ACL, as the club played through the play-offs after finishing second at the J.League. With this appearance, the club has made their third overall appearance at the ACL, which is their first in four years. The Tokyo club is grouped in Group F, along with the 2012 ACL champion and the runners-up of last year’s K League 1 Ulsan Hyundai, winner of last year’s Chinese FA Cup Shanghai Greenland Shenhua, and first place finisher of the A-League and runners-up of the A-League Grand Final Perth Glory FC.

In their first two fixtures, Tokyo has tied Ulsan 1-1 in an away match, while winning 1-0 against Perth at home. The Japanese club is currently in first place, while Shanghai Greenland Shenhua jumped up in second place after defeating Perth 2-1 on the 18th.

Shanghai Greenland Shenhua will face Ulsan on the 21st before facing Tokyo on the 24th. The Chinese club is missing many of their core players, including Giovanni MORENO and KIM Shin-wook, due to injuries and tournament regulations, but led by coach CHOI Kang-Hee, who has led Jeonbuk to two ACL titles, the club is definitely a force to be reckoned with.

Vissel Kobe clinched their first ACL berth with their win at the Emperor’s Cup. The club is grouped in Group G, along with Chinese Super League champion and two time ACL champion Guangzhou Evergrande Taobao, Korean FA Cup champion Suwon Samsung Bluewings, and the Malaysia Super League champion Johor Darul Ta'zim (JDT). However, with JDT withdrawing from the competition, the group will be played between the remaining three clubs.

JDT had to withdraw from the competition due to the travel restrictions set by the Government of Malaysia, which disabled them from traveling to Qatar. With this withdrawal, every result involving JDT will be wiped off from the records, including Kobe’s 5-1 victory in February and OGAWA Keijiro’s hattrick in that match. Despite the unfortunate circumstance, Kobe still remains in first place, as they have won against Suwon 1-0 in an away match before the postponement. Group G will resume with the fixture between Suwon and Guangzhou on the 22nd, before Kobe face Guangzhou on the 25th. Guangzhou has lost their key player, PAULINHO due to injury, but the club has rostered Ricardo GOULART, who was the top scorer of the 2015 tournament. 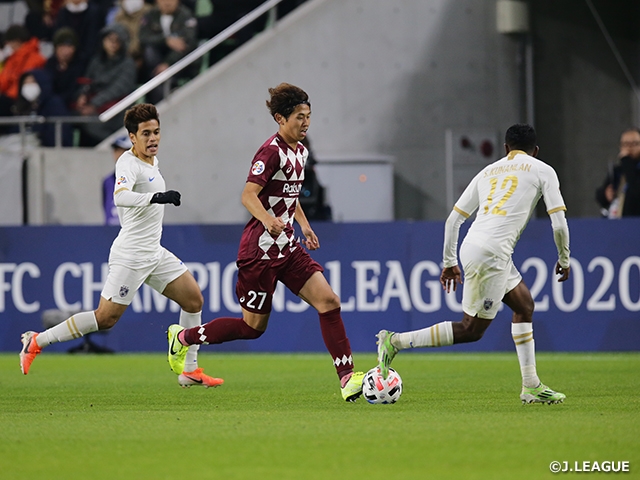 All fixtures of the western division have already taken place at Qatar in September. The knockout round was conducted in the same format as the East, as Persepolis (Iran) defeated Al Nassr (Saudi Arabia) at the semi-final to advance to the final. However, ahead of the resumption, players of Al Wahda (UAE) and the defending ACL champion Al Hilal (Saudi Arabia) tested positive for COVID-19, which forced the two teams to withdraw from the competition.

We are yet to see the end of the worldwide spread of COVID-19, thus the matches will be held without any spectators at stadiums such as Education City Stadium and other stadiums that will be used for the FIFA World Cup Qatar 2022™. The ACL champion will automatically earn their spot into the FIFA Club World Cup in December, but FIFA has already announced that they have reschedule the inter-continental tournament to February, while Qatar will still be the host nation.

[an error occurred while processing this directive]
AFC CHAMPIONS LEAGUE 2020