Kawasaki F, Yokohama FM, Urawa, and Kobe to challenge for the coveted Asian title at the ACL 2022 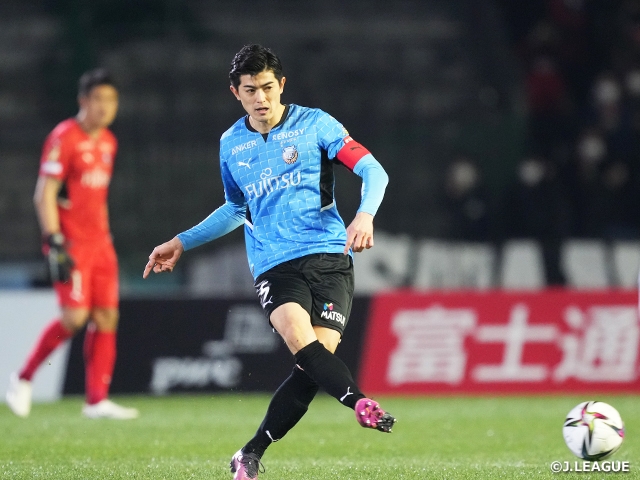 The AFC Champions League (ACL) 2022, a tournament that will decide the Asian club champions, is about to begin.

In addition to the three qualifying clubs, J.League champions Kawasaki Frontale, last season's league runners-up Yokohama F. Marinos, and Emperor's Cup winners Urawa Red Diamonds, Vissel Kobe, who finished third in the league, will compete in a play-off on Tuesday 15 March for their spot in the main competition. Here we will take a look at the challenges lying ahead for the Japanese clubs in this year’s ACL.

This year marks the 20th edition of the ACL, which began in 2002. The number of teams in the competition was expanded to 40 last season, and this year's field is again made up of the winners of national leagues and cup competitions, as well as teams that have qualified by finishing at the top of their respective leagues. 20 teams from each of the East and West regions will play from the group stage to the semi-finals in their respective regions, with the top teams from the East and West meeting in the final to decide the number one club in Asia.

In the group stage, teams are divided into groups of four teams each, with the winner of each group and three teams with the best record among the runners-up advancing to the knockout stage. Taking into account the travel and entry restrictions imposed by the Corona pandemic in each country, this season's competition will again be hosted in one city for each group, with the Eastern Region to be held from Friday 15 April to Sunday 1 May at cities in Thailand, Malaysia, and Vietnam.

The knockout stage is also scheduled to be held in centralised venues from the round of 16 to the semi-finals, but instead of the traditional home-and-away format, this year's knockout stage will be played in a single-match format due to scheduling constraints. The round of 16 will take place on Thursday 18 and Friday 19 August, the quarterfinals on Monday 22 August and the semi-finals on Thursday 25 August (venue to be announced later), with the final to be held next year on Sunday 19 February in the West and Sunday 26 February in the East, using a home and away format.

It is the first time that the final does not take place in the same year as the group stage, which takes into account that the FIFA World Cup Qatar 2022™ will be held in Qatar from 21 November this year. The Asian Football Confederation (AFC) also plans to move the ACL season to a European-style autumn/spring system from 2023.

Kawasaki Frontale, aiming for their third consecutive J.League title and first ACL title this season, will play in Group I against Guangzhou FC (China PR), Johor Darul Ta'zim (Malaysia), and the winner of the play-off match between Ulsan Hyundai FC (Republic of Korea) and Port FC (Thailand). Matches will be held in Johor Bahru for this group.

Guangzhou, renamed from Guangzhou Evergrande Taobao, are two-time ACL champions, but were eliminated in the group stage last season and there are concerns about the impact of their parent company's recent financial struggles. Johor returns to the competition after defending their Malaysia Super League title last season. Ulsan, who will be looking to qualify via the play-off, are the 2020 ACL champions and reached the semi-finals of last year's competition. Port will also be seeking to qualify for the main competition for the second year in a row. 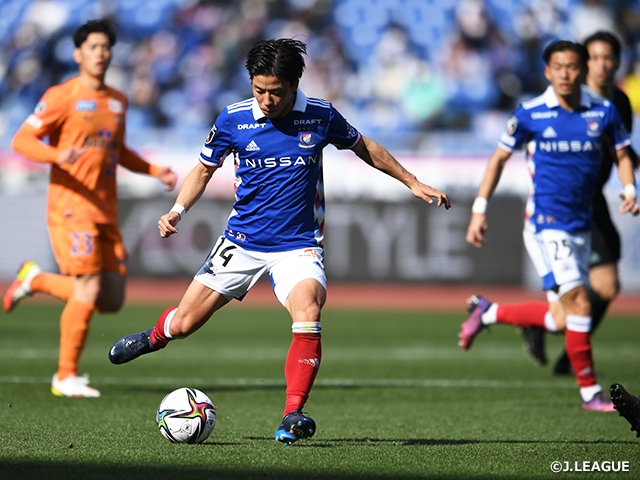 In group H, Yokohama FM, who will be making their first ACL appearance since the 2020 tournament when they finished in the top 16, will face Jeonbuk Hyundai Motors FC (Republic of Korea) and Hoang Anh Gia Lai (Vietnam), as well as Sydney FC (Australia), who qualified through the play-off by beating Kaya FC-Iloilo (Philippines) 5-0. This group will compete in Ho Chi Minh City.

Jeonbuk Hyundai won their fifth consecutive K League title last season. The two-time ACL champions finished in the final eight last year. Sydney secured a place in the main draw with a win against Kaya after Changchun Yatai FC (China PR), who were due to play in the play-off, withdrew from the competition. Yokohama FM's coach Kevin Muscat had formerly led Melbourne Victory (Australia), and the match-up between the two has created a lot of buzz in Australia. Hoang Anh won the domestic cup competition and are returning to the Asian stage for the first time since 2005. 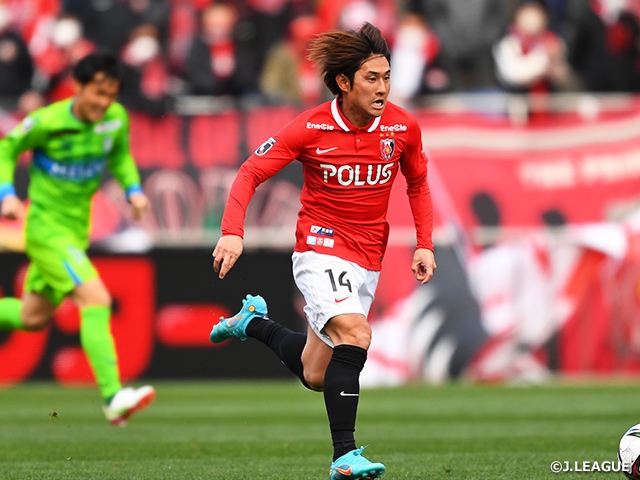 In Group F, Urawa, who will be looking for their third ACL title, are joined by Shandong Taishan FC (China PR) and Lion City Sailors FC (Singapore), with the winner of the play-off match between Daegu FC (Korea Republic) and Buriram United (Thailand) also joining the group stage, which will take place in Buriram.

Shandong Taishan was renamed last year from Shandong Luneng Taishan. They will be making their first appearance in the ACL since 2019 after winning the domestic league and FA Cup, while Lion City are making their first appearance in the ACL after winning the Singapore Premier League for the first time. Despite losing to Nagoya Grampus in the round of 16 in last year's ACL, Daegu finished third in the K League. Led by former Kashima coach ISHII Masatada, Buriram are aiming to compete on the Asian stage for the first time since the 2019 Games.

Pathum and United City are making back-to-back appearances in the competition, while Jeonnam are making their first appearance in the ACL since 2008. Melbourne City were due to make their ACL debut last year, but the Australians withdrew from the competition following the Corona pandemic. This year, the A-League champions are finally set to take part in the ACL.

Kobe to face Melbourne Victory in a play-off match 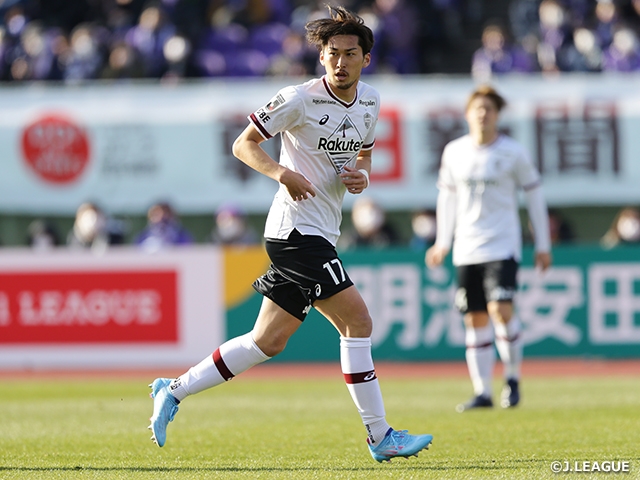 Shanghai Port finished second in last season's Chinese Super League to clinch their first ACL appearance in two years. Since 2016, when they first participated as Shanghai SIPG, the club has successfully reached the knockout stage in five consecutive years. Chiangrai won last season's FA Cup to qualify for the ACL for the second year in a row. Kitchee have defended their Hong Kong Premier League title to qualify for their second consecutive ACL. The matches in Group J are scheduled to be held in Thailand.

After winning last season's domestic cup competition, Melbourne Victory are aiming to make their ninth appearance in the ACL. Led by coach Tony POPOVIC, who played for Sanfrecce Hiroshima as a player, the team is fourth in the A-League this season with six wins, four draws, and four losses after 14 matches played up to 4 March. Nicholas D'AGOSTINO has scored a team-leading seven goals in 14 matches.

Kobe are aiming to return to the Asian stage for the first time since 2020, when they finished in the top four in their first appearance. Plagued by injuries, the team has been struggling in the J1 League this season, with three draws and two losses from five matches up to 6 March. However, with Andres INIESTA scoring his first goal of the season in the match against Hiroshima on 6 March, and with LINCOLN and ODA Yutaro showing sharp moves, the team is regaining their form, as they welcome back KIKUCHI Ryuho and IIKURA Hiroki to their squad.

“The ACL is a very important competition for the club,” said Kobe’s coach MIURA Atsuhiro. “There are a lot of areas where we are getting better, although the results aren't there. We want to make sure we do what we can do,” said the coach, as he hoped the players will be up to the task, “It will provide an opportunity for the players on the pitch.”

Kikuchi, who contributed defensively to the team's third-place finish last season, said after playing a full 90 minutes in his first start of the season against Hiroshima, “I was able to get back my feel for the game after playing a match. I'll be in full condition next time.”

Knockout stage in the West will take place in February 2023

In the West, the defending champions Al Hilal SFC (Saudi Arabia) will be in Group A with Al-Rayyan SC (Qatar) and FC Istiklol (Tajikistan), joined by the winner of the play-off between Sharjah FC (UAE) and Al-Zawra'a SC (Iraq).

The group stage in the West will take place in Saudi Arabia from 7 to 27 April, followed by the knockout stage from 3 to 10 February next year, before the final which will take place later that month.