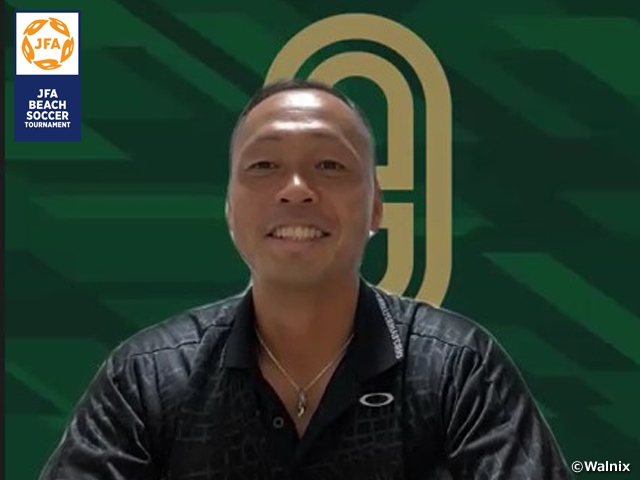 With the 15th and 16th editions of the tournament being cancelled due to the pandemic, this will be the first time the tournament will be held in three years. 16 teams advancing through nine regions will compete for the national title for the next three days. The tournament format has been altered from this year’s tournament, as the rounds will be played in a knockout format, with consolation and third place matches taking place.

Three time defending chmapions, Tokyo Verdy BS (Kanto1/Tokyo), led by MOREIRA Ozu, who is also the coach of the Japan Beach Soccer National Team, are one of the favourites to win this year's tournament. With this year’s tournament being held in a knockout format, teams playing against Tokyo Verdy will be looking for a “giant-killing.” All eyes will be on the champs to see if they can bounce back the pressure and reach the top for the fourth consecutive tournament.

The Japan Beach Soccer National Team were the runners-up at the FIFA Beach Soccer World Cup Russia 2021™ held in August last year. Many players who played in the World Cup are also taking part in this tournament. Please come and experience the world-class play at the venue.

Here we interviewed YAMAUCHI Shusei, who is a member of the three time defending champions Tokyo Verdy BS, about the secret behind Tokyo Verdy’s strengths and the appeal of beach soccer.

*This interview was conducted online on 1 September 2022

――This is the first time this tournament has been held in three years due to the pandemic. What are your impressions of the tournament?

YAMAUCHI Having participated in this tournament for many years, I feel that each year the tournament itself, as well as the level of the teams, has become better and better. The tournament was dominated by Sol Mar Praia and Lequios FC during the early years, so other teams were trying to figure out how to finish in third place. There used to be a group stage, where the top team from each group would advance through to the next stage, and matches were played in two periods, with only the final being played in three periods, but now all matches are played in three periods, which is the international standard. The tournament has been changed to a knockout format, which resembles the Emperor's Cup. Hopefully this will allow people to acknowledge that this is the tournament to decide the national champions.

――Currently, Tokyo V have won the tournament three times in a row, and we get the impression that you guys have won every tournament in dramatic fashion.

YAMAUCHI There is no guarantee that you will always win against a lower-ranked opponent. I believe this is the same in all sports. We didn’t have much competition in the past, but the level of the tournament and the opponents has risen significantly, and I am getting the feeling that it has become a very tough tournament.

――What is the secret behind Verdy's strength, in your opinion?

YAMAUCHI The fact that the team is always humble. As the team gets stronger, it is easy for the team to become overly confident and cocky, but coach MOREIRA Ozu is there to keep us grounded. I am also there to support coach Ozu and to keep my teammates focused. Regardless of who we face, we need to give our best efforts to win the match. That doesn’t change whether we are in the first round or in the final, and I feel that many of our players understand that.

――With the tournament format being changed to a knockout format, many teams will be looking to accomplish a "giant-killgn."

YAMAUCHI Personally, I feel like we are in position to challenge our opponents, rather than being challenged. I am sure teams will be entering matches thinking that they want to beat us, but we are not necessarily thinking that we are going to counter them. We want to fight from the same perspective and with the same feelings as our opponents.

――What do you want people to see when you are on the pitch?

YAMAUCHI I am an attacker, so I want people to see me score goals. Overhead shots are the most common scoring pattern in beach soccer, but I am good at taking shots while dribbling the ball. It may look easy, but in beach soccer it's actually quite difficult to dribble on the sand.

――You are now 36 (at the time of the interview) but I assume you are looking ahead to the next World Cup.

YAMAUCHI Whether I am selected or not is up to the coach, but I intend to represent the national team as long as I am active as a player. For that reason, I must produce results in this tournament. I am always conscious to showcase a performance that would conceal my age.

――Finally, can you give a message to our football families across the country?

YAMAUCHI I want people to feel the joy and excitement of beach soccer as a sport. Not only Verdy, but other teams also have many talented players with different characteristics. I hope that those who come to watch our matches will find the game entertaining and help us spread our community. We would like to win our fourth consecutive title with a dominant performance and show people that Verdy is the absolute best and do our part to convey the joy of beach soccer. Our matches are highly entertaining, and the venue will be like a festival, so please come watch us in person. 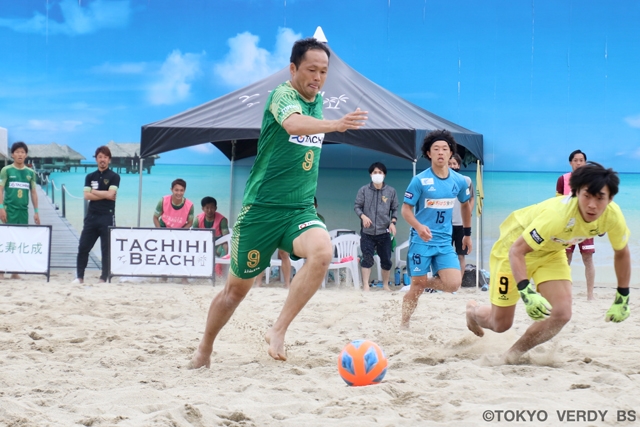