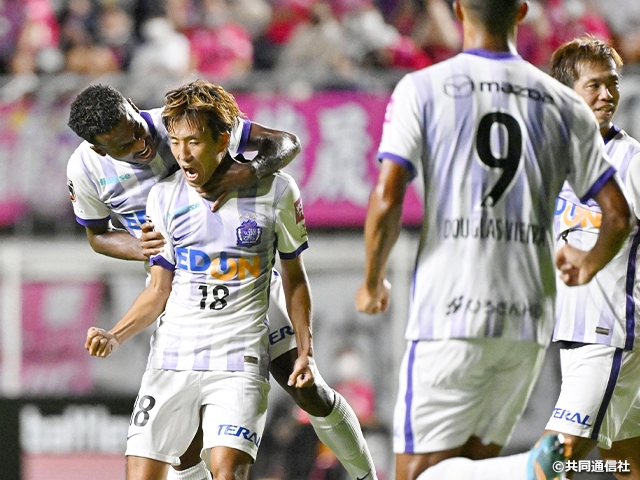 The Emperor's Cup JFA 102nd Japan Football Championship quarterfinals took place on Wednesday 7 September. In the fixture played at Yodoko Sakura Stadium, Sanfrecce Hiroshima looked to be heading for defeat after Cerezo Osaka carried a 1-0 lead into the 40th minute of the second half, but the Hiroshima side showed their resilience from this point on. The equaliser came in the 41st minute, when SHIOTANI Tsukasa delivered a pass to KASHIWA Yoshifumi, who superbly controlled the ball inside the box before slotting the ball into the bottom corner of the Cerezo goal. Five minutes later, the cross delivered by MORISHIMA Tsukasa from the right side was converted by KAWAMURA Takumu, who struck a well-placed header to give Hiroshima the lead in additional time, which also gave them their first ticket to the Emperor's Cup semi-finals in seven years. 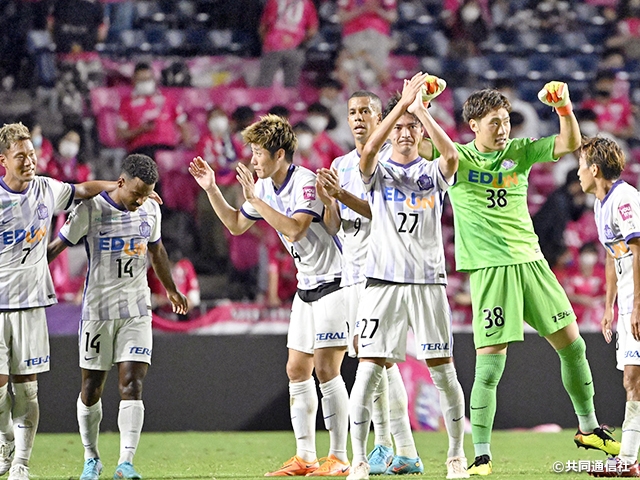 After a slow start to the season, with no wins in their first five matches, the team has been on an upward trajectory as coach Michael SKIBBE's tactics have taken hold and they are now in the mix for the title race. “Cerezo took the initiative by applying quick and intense pressure against us,” said the German coach, but also reflected on the second half, “Our performance got better and better.” With this victory, Hiroshima are now two wins away from winning the Emperor's Cup, and one step closer to winning the season treble, along with the J1 and YBC Levain Cup titles.

Cerezo Osaka have now lost to Hiroshima three times this season. Despite taking the lead with the header scored by Adam TAGGART in the 40th minute, and showing a performance described by coach KOGIKU Akio, “We displayed one of the best performances of the season until about the 80th or 85th minute,” but conceded late in the match to miss out on their opportunity to reach their second straight semi-finals. 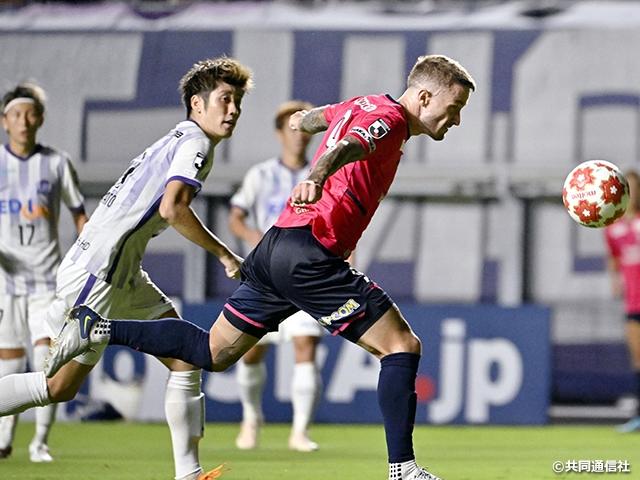 Michael SKIBBE, Coach (Sanfrecce Hiroshima)
From the first second to the final whistle, I think both teams put up a really great fight. Cerezo took the initiative by applying quick and intense pressure against us in the first half, and they certainly deserved to score the opening goal. After using our substitutions, we finally were able to go toe-to-toe with our opponents in the second half. Our performance got better and better towards the end, which led to this victory. I think it was a wonderful match.

KAWAMURA Takumu (Sanfrecce Hiroshima)
(Reflecting on the goal scene) The opposing defenders were just watching the ball, so I knew I could get into the space in front of them, and I am glad I was able to get the job done. I think this goal came from my strong desire to help the team. I figured that my job was to add layer to our offence, and I knew we would have another chance after scoring the equaliser, so I was anticipating for that moment.

KOGIKU Akio, Coach (Cerezo Osaka)
We displayed one of the best performances of the season until about the 80th or 85th minute and I take full responsibility for this loss. We need to improve our overall ability to control the game, including how we use our substitutes and how to balance the game. It is my job to keep the players on the same page, so we must try to make the most of this experience to get better as a team.

Adam TAGGART (Cerezo Osaka)
This is a very disappointing result. Although we were able to take control for the majority of the match, we conceded back to back goals in the last 10 minutes to lose the match. Our pressure were effective, and we played especially well in the first half. I think it was inevitable that we scored during the first half, but I was still very happy when we scored. We kept our pressure on in the second half, but our only regret was that we conceded two goals at the end. 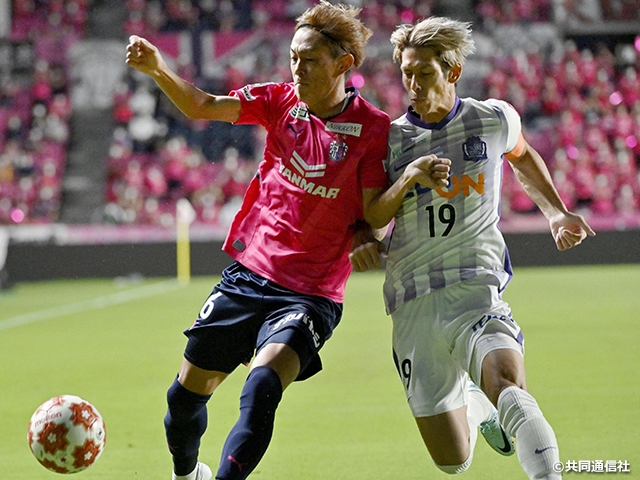