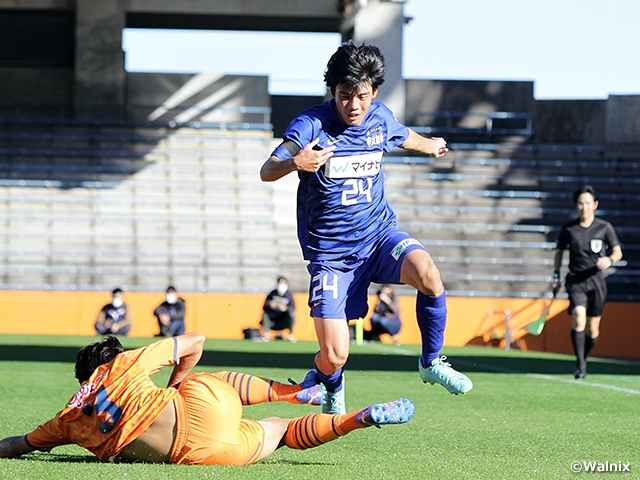 Omiya Ardija U18 (Saitama) and Urawa Red Diamonds Youth (Saitama) are scheduled to clash in the Saitama Derby. In their previous meeting, IZAWA Sohei (#9) broke the deadlock in the closing minutes of the match to give Urawa the win. Urawa will need to replicate the result in order to avoid relegation from the Premier League.

Another team desperately needing points to avoid relegation is ninth place Funabashi Municipal High School (Chiba), who will square off against Kashiwa Reysol U-18 (Chiba). The performance of their offence, who has scored the fewest goals in the league, will be the key to their success, as GUNJI Riku (#30) will seek to lead the team to victory.

Despite finishing the first half of the season with an even record of three wins, three draws, and three losses, Ryutsu Keizai University Kashiwa High School (Chiba) have suffered three consecutive losses in November. They will welcome Yokohama F.Marinos Youth (Kanagawa) to their home this week, where KAWABATA Yuto (#9) will try to lead the offence to stop the losing streak.

The fixture between FC Tokyo U-18 (Tokyo) and Aomori Yamada High School (Aomori) will feature an enticing matchup in the midfield, as Tokyo’s YASUDA Kojiro (#10) and KAJIURA Yuki (#14), who are set to be promoted to the top team next season, will clash against Aomori’s MATSUKI Kuryu (#10), who is also set to join FC Tokyo from next season. The three will clash at the Premier League one last time before becoming teammates at the professional level. 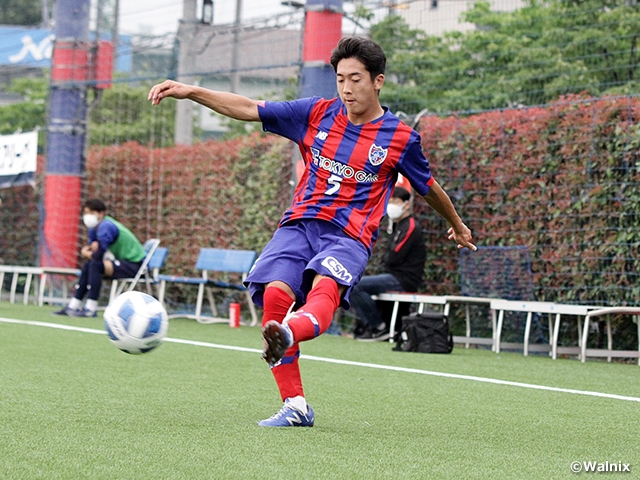 Second place Shimizu S-Pulse Youth (Shizuoka) is scheduled to face Yokohama FC Youth (Kanagawa). In order to apply pressure to the league leaders Aomori Yamada, this is a must win match for Shimizu. The team will try to replicate last week’s 1-0 victory over Funabashi Municipal, where they showcased tenacious efforts to hold onto the one goal lead provided by CHIBA Kanta (#9).

The key to success for Nagoya Grampus U-18 (Aichi), who will go against Kyoto Sanga FC U-18 (Kyoto) this week, will be the performance of MANABE Hayato (#10). The Osaka native has scored six goals in five matches against teams from the Kansai region. With Kyoto being the only team from Kansai he hasn’t scored, it will be interesting to see if he can complete the rare feat. 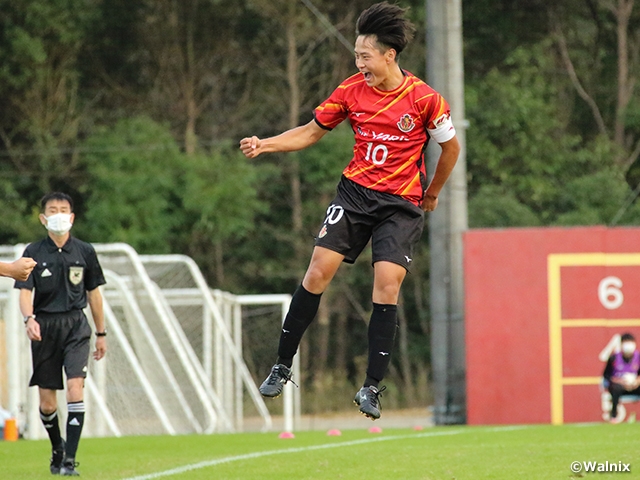 Cerezo Osaka U-18 (Osaka) will welcome the league leaders Sanfrecce Hiroshima F.C Youth (Hiroshima) to their home field. Despite losing the first leg 0-3, Cerezo have shown great form since October. The team will enter the match with just a two day rest, but the players are fully motivated to have their revenge from their previous meeting. After Ozu High School (Kumamoto) lost their match on Thursday 2 December, Hiroshima can win the league title with a draw or better.

Vissel Kobe U-18 (Hyogo) will try to extend their winning streak when they welcome Jubilo Iwata U-18 (Shizuoka) to their home this week. Despite their early struggles, Kobe has won back to back matches since sec. 16, as they have found their rhythm and pass-works as of late. It will be interesting to see if they keep the momentum going to finish off the season on a high note.

The two Kyushu sides, Ozu High School and Higashi Fukuoka High School (Fukuoka) will go head to head this week. Unlike their matches against J.League academy teams, it is expected that Higashi Fukuoka will try to possess the ball for an extended period of time. If MUKAI Takato (#6) can lead the offence to break down the Ozu defence, who has conceded the least goals this season, the Fukuoka side will have a chance to earn three points. 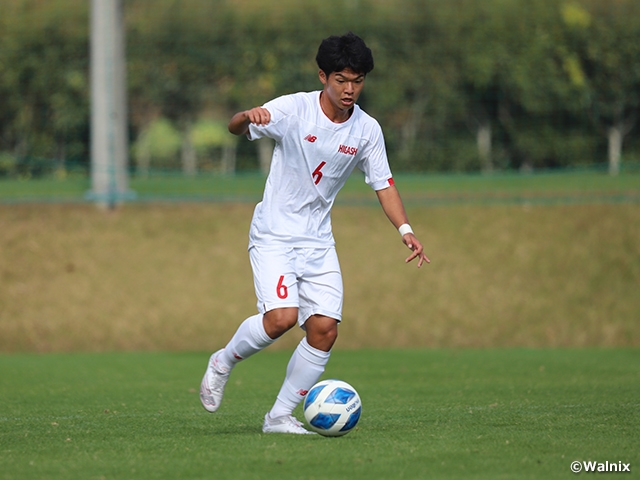 Sagan Tosu U-18 (Saga) will play against Gamba Osaka Youth (Osaka). Despite scoring the opener in their recent two matches, Tosu has failed to win both matches. Their fate will depend on their defence, as ANDO Toshiki (#3) will try to help his side hold off the attack-minded Gamba side at bay.