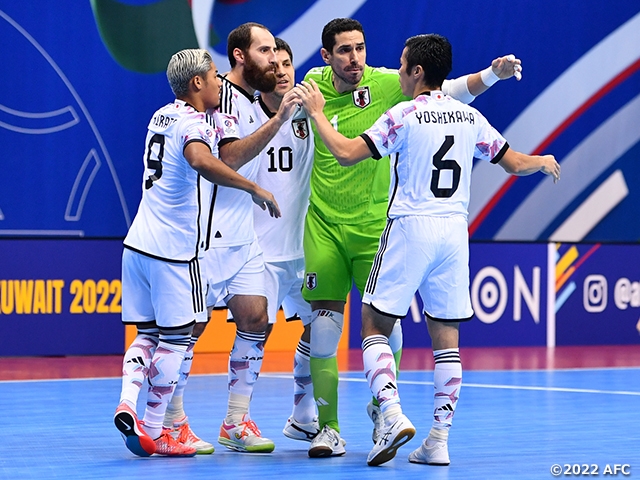 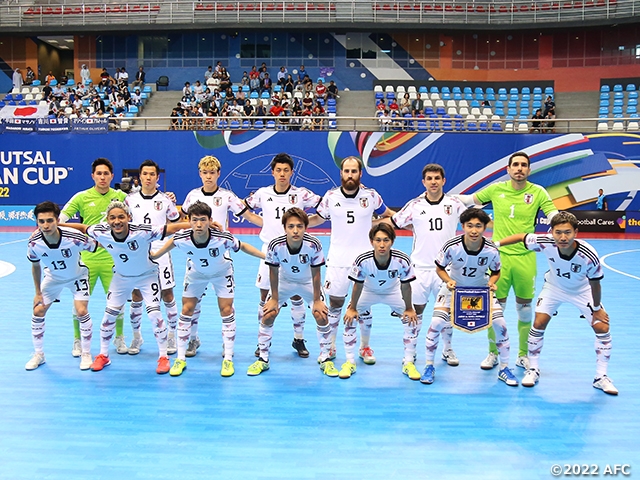 Facing Korea Republic, who they won 9-0 at the East Asian qualifiers, Japan entered the match with caution in defence, but with great aggression in offence. The opening goal came in the sixth minute, when Oliveira struck a volley off of a cross delivered by Yoshikawa, inducing an own goal from the opposing goalkeeper.

Despite their struggles to score the second goal against Saudi Arabia, Japan managed to double their lead right away in this match, as Oliveira scored the second goal just a minute later. 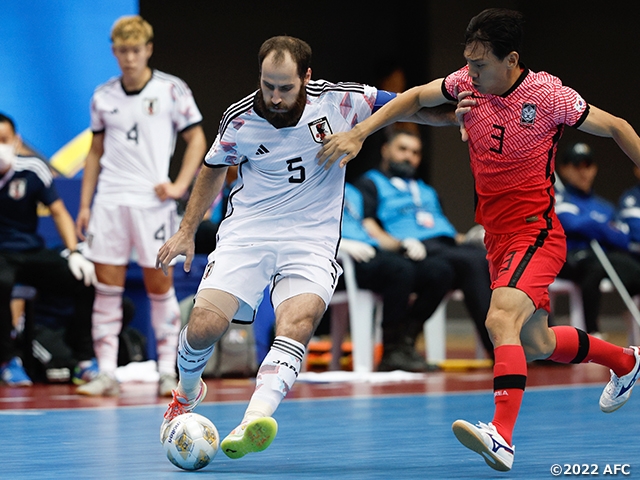 With more than nine minutes left on the clock in the first period, Korea Republic initiated their powerplay, but Japan showcased great concentration to keep the clean sheet intact. With Mizutani converting a set-piece in the 18th minute, Japan took a three goal lead into halftime.

Pires, ISHIDA Kentaro , SHIMIZU Kazuya, KANAZAWA Sora, and HARADA Kokoro started the second period, and in the 28th minute, Ishida scored his first international goal with a lobbing shot over the head of the opposing goalkeeper to make it 4-0.

A minute later, NAGASAKA Takumi redirected the delivery from Pires to setup the goal of Kanazawa to further extend the lead. With Yoshikawa adding another goal in the 36th minute, Japan earned their first win of the tournament 6-0.

On this day, Vietnam defeated Saudi Arabia 3-1, putting Japan in position to win the group if they can win their final group stage match against Vietnam with at least a two goal margin. They will face Vietnam on 2 October. 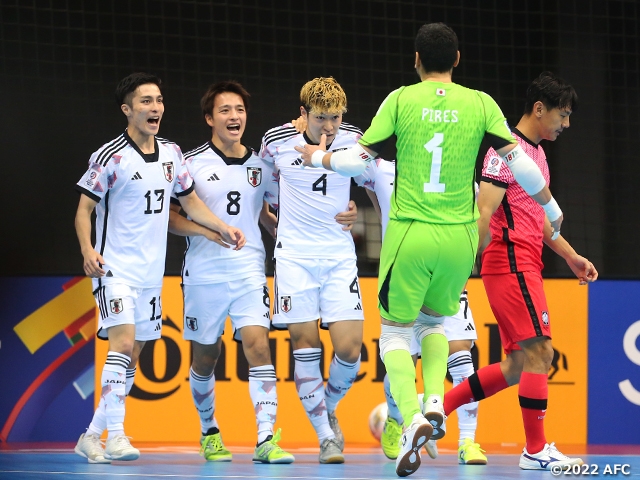 KOGURE Kenichiro, Head Coach (Japan Futsal National Team)
We are happy to win this match and feel like we are back in contention. With our opponents playing the powerplay for a long time, we had to be patient. The players played tenaciously and anticipated to score goals to control the game. We are treating each match as if we are playing in the final. Our goal is to win the title and we will do our best in every match, but the next one will be particularly important. We must enter the match with confidence, and I trust my players.

FP #3 MIZUTANI Soma (Nagoya Oceans)
I feel relieved. We struggled to score goals in our previous match, so the fact that we managed to score a few goals in the first half allowed us to gain momentum. I was told that our opponents had the tendency of bunching up in the middle, so I tried to take advantage of that. Just before I scored the goal, I struck a hard shot that deflected off the opponent and deflected off towards Masa (Hirata), so I was able to relax and really aim for the goal the next time up. We hope to ride this momentum and win our next match.

FP #5 OLIVEIRA Arthur (Nagoya Oceans)
The matches between Japan and Korea Republic are always tough. The Saudi game was not our day, but I think today was our day. With everyone performing at their best, the results were good. Vietnam will certainly be watching and analysing this match, so we must prepare with plans to counter them. For us this is equivalent to the final. We must not look ahead and just focus on winning this match against Vietnam.

FP #8 UEMURA Atsuya (Tachikawa Athletic FC)
Knowing how the match against Saudi Arabia went, we entered this match with the intention of scoring early, which was exactly what we did today. The experience of the veterans and the energy of the youngsters really helped us rest our minds for this match. From what (Yoshikawa) Tomoki and Oliveira said, I knew this was going to be a tough match, and I feel like we were able to overcome a big challenge. Vietnam is a strong team with lots of variations, but we will do our best to win.