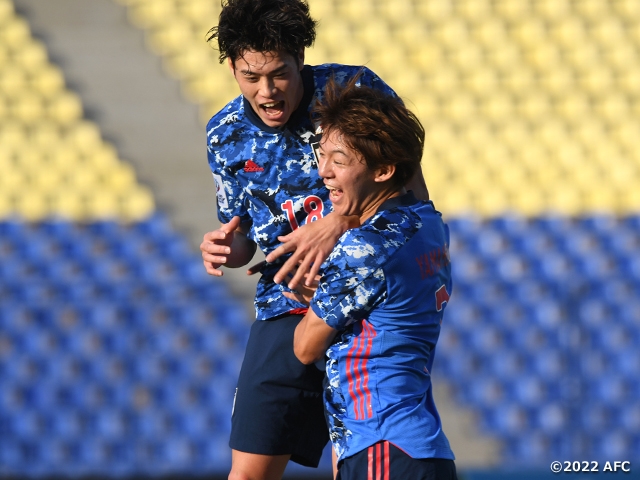 On Sunday 12 June, the U-21 Japan National Team faced the U-23 Korea Republic National Team in the quarterfinals of the AFC U23 Asian Cup Uzbekistan 2022™ at Pakhtakor Soccer Stadium.

Korea Republic, who finished first in Group C, are a strong team, featuring a number of players who finished second in the FIFA U-20 World Cup Poland 2019™ and are regarded as one of the tournament favourites. Headed by coach HWANG Sun-hong, who played for the Korea Republic National Team and in the J.League as a player, coach OIWA Go entered the match declaring that they would not change their aggressive approach to both offence and defence.

Korea Republic had changed their approach significantly from the group stage and came in with a different formation than the Japanese side had expected. However, Japan responded flexibly, as coach Oiwa recalled: “Our analysis team and coaches had pointed out that this was a possibility when the roster sheet came out. The start of the game did not go well, but the players were flexible enough to move on to plan B.”

The opening goal came in the 22nd minute, when Suzuki Yuito took a free kick he earned himself. The shot taken by the midfielder took a deflection off the wall and found the back of the net as he later reflected, “I was determined to help the team win, and that determination must have helped the ball find the net.”

Japan continued to be the aggressor, creating number of chances including the close-range shot taken by Hosoya, but couldn’t find ways to extend their lead during the first half. Then in the second half, it was Korea Republic who took the initiative from the early minutes, putting the Japanese defence to the test, as Suzuki Zion later mentioned, “The defenders really worked hard. It wasn't so much about tactics, but more about putting their bodies on the line and being strong to win the ball.”

Despite the dominance showcased by Korea Republic, it was Japan who scored the next goal. In the 65th minute, Suzuki Yuito received the ball from a throw-in and started to dribble towards the goal. The shot taken by Suzuki was blocked by the goalkeeper, but Hosoya made a diving effort to convert the loose ball, giving Japan a 2-0 lead. 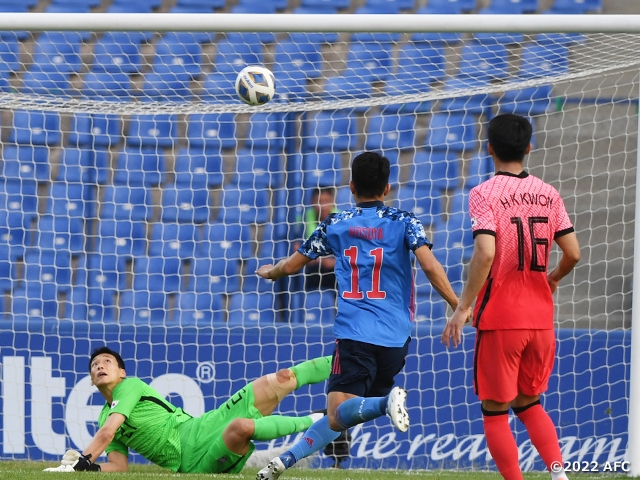 Although it was Korea Republic who continued to be the aggressor, Japan scored their third goal in the 80th minute, when UCHINO Takashi (Fortuna Dusseldorf) served the ball to Suzuki Yuito, who showcased a spectacular individual effort to control the ball at the edge of the box and struck a left footed shot that captured the corner of the goal. After holding off the Korean offence, Japan won the match 3-0 to advance to the semi-finals. 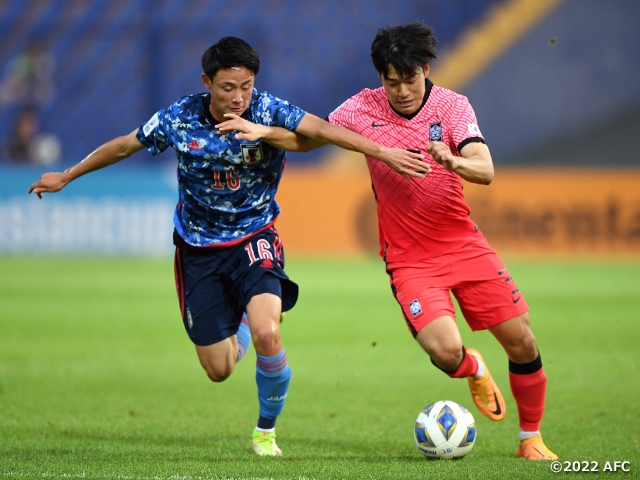 Japan will now face the host country, Uzbekistan, in the semi-finals on Wednesday 15 June.

OIWA Go, Head Coach
The players demonstrated their flexibility to make adjustments on the fly. The fact that we were able to earn this result in a match where we had to prepare for a “Plan-B,” really shows that the players and staff did their job to prepare themselves. I also think the players responded well to what was happening on the pitch, which was a factor in us creating so many chances. We will analyse and recover well for the next match.

DF #2 HANDA Riku (Montedio Yamagata)
We conceded some close opportunities from my side, so I am not satisfied with my performance. Even in terms of offence, I wasn’t able to deliver effective passes, so I wish I had communicated with (Fujio) Shota more. However, I am glad of the fact that we were able to put our bodies on the line and work tenaciously as a team to keep this clean sheet.

MF #18 SUZUKI Yuito (Shimizu S-Pulse)
I am glad to be involved in all of our goals and for this result. I entered this match with a strong determination to win against Korea Republic, so I was more focused on how I can have a positive impact on the team than my own results, which may have helped us earn this result. I will continue to do my best for the team.

FW #11 HOSOYA Mao (Kashiwa Reysol)
(Reflecting on the goal scene) From the moment (Suzuki) Yuito wound up for the shot, I had a feeling the ball would be deflected. After failing to convert number of chances in the first half, I tried to keep my sprits up as we entered the second half. It was my fault for not scoring in the first half, which gave the opponents momentum at the start of the second half, and I am grateful to our defenders for keeping the clean sheet and giving me the opportunity to redeem myself. 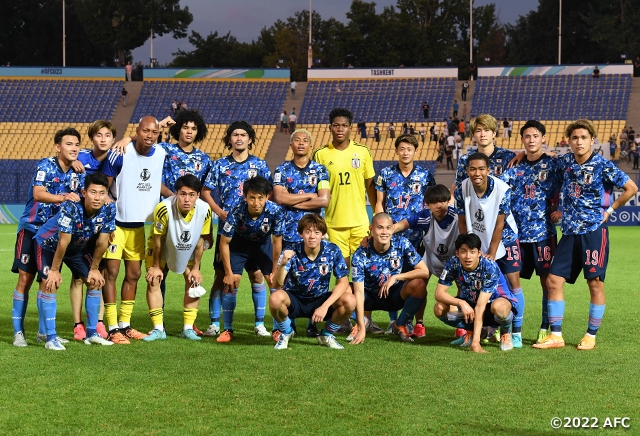