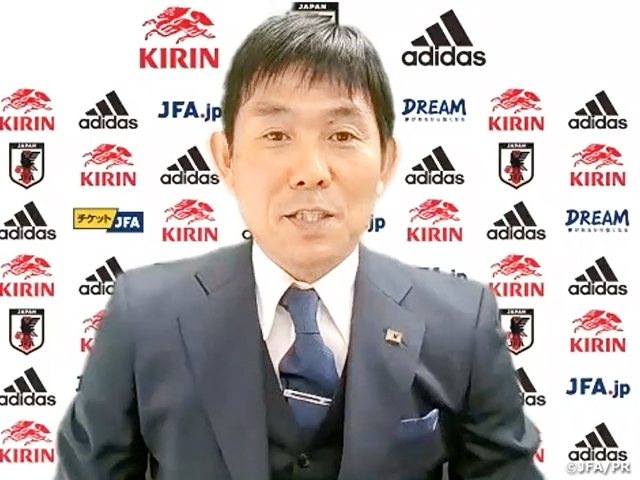 Following the team’s Netherlands tour held in October, the squad once again consisted only those who play for European clubs. The squad will be based on the same members who featured the match against Cameroon National Team and Cote d'Ivoire National Team at Utrecht, while new faces like HASHIMOTO Kento (FC Rostov) and ASANO Takuma (FK Partizan) were added, as the two players were unavailable last month due to travel restrictions set by the respective countries. Veteran defender NAGATOMO Yuto (Olympique de Marseille) will also return to the squad after being side-lined due to poor physical condition during the team’s previous tour.

With many countries requiring people to self-quarantine after traveling overseas, players playing in the J.League were out of the selection, as the domestic league enters the final game weeks of the season. After leaving the team following the match against Cameroon for that specific reason, OSAKO Yuya (Werder Bremen) was left out of the squad entirely for this tour. However, the absence of the striker leaves the door open for player like SUZUKI Musashi (Beerschot AC), who is emerging as a force in the Belgium league. Other players like KUBO Takefusa (Villarreal CF), MINAMINO Takumi (Liverpool FC), ITO Junya (KRC Genk), ENDO Wataru (VfB Stuttgart), and TOMIYASU Takehiro (Bologna FC 1909) were once again named into the squad.

After a long suspension caused by COVID-19, the second round of the Asian qualifiers for the FIFA World Cup Qatar 2022™ is scheduled to resume next March, making this tour the team’s final opportunity to prepare themselves for the Asian competition. With that in mind, coach Moriyasu stated, “Matches against strong opponents like Panama and Mexico will give us the opportunity to strengthen the team. They will certainly be tough matches, but we will give our best efforts to win both matches.”

Panama National Team have made their first World Cup appearance in 2018 and became a force to be reckoned with in the recent years, while Mexico National Team is a world powerhouse who have reached the round of 16 at seven consecutive World Cups. On the other hand, Japan tied against Cameroon 0-0 and won against Cote d'Ivoire 1-0 last month, in the team’s first activity in nearly a year. While the team managed to keep back to back clean sheets against tough African opponents, the SAMURAI BLUE scored just one goal, which came off a set-piece converted by UEDA Naomichi (Cercle Brugge K.S.V.). With the team’s lack of offensive production, coach Moriyasu mentioned, “We hope to score goals from run of plays,” listing the improvement of the team’s offence as one of goals for this tour.

JFA Technical Director SORIMACHI Yasuharu also made his appearance at the press conference, as he mentioned that the team will take every measure to prevent the spread of COVID-19. SmartAmp tests will be conducted to all coaching staffs upon departure and the team doctor will travel with the team to manage the health of the players and staffs. The team’s hotel is located far apart from the city area to minimise external contact and PCR tests will be conducted to all players and staffs of the participating teams ahead of each match.

Currently, many European countries, including Austria, are in lockdown, but Technical Director Sorimachi stated that the team is given approval from the city of Graz to hold their training camp and matches. The director also mentioned that many football competitions, such as the UEFA Nations League, are being held throughout Europe and made it clear that the team will “Prioritise the health and wellbeing of the players and staffs at this tour.”

The team will start training on Monday 9 November. Both matches are scheduled to take place at Stadion Graz Liebenau at Graz, Austria. The match against Panama National Team will kick-off on Friday 13 at 15:15 (23:15 Japan time) while the match against Mexico National Team will take place on Wednesday 17 at 21:00 (Thursday 18 at 5:00 Japan time). In measures to prevent the spread of COVID-19, both matches will be held without spectators.

MORIYASU Hajime, Coach of SAMURAI BLUE (Japan National Team)
We would like to thank everyone who were involved in making this tour in Austria possible. We will take all measures to prevent the spread of the virus and prepare ourselves ahead of the matches. We hope to showcase a strong team performance to win both matches and deliver a positive message that can give great joy and energy to our fans and supporters. In order to allow our players to showcase their best performance, we will go over our base strategies ahead of the match. In offence, we must effectively control the pace of our attacks to keep our opponents guessing. In defence, we must focus on winning each duel at the individual level, while also preparing ourselves to defend collectively as a team. As part of the team’s focus ahead the two matches, we must work to improve the quality of our crosses. We hope to create more chances at the attacking third and convert them to score more goals. Asano has been playing many positions at Partizan to earn the trust of the team, while Hashimoto has earned a starting job at Rostov in his first season. Nagatomo has also improved his condition, so he should be able to help us as long as he can keep up his current form.

SORIMACHI Yasuharu, JFA Technical Director
We are grateful towards the Government of Austria, Austrian Football Association, and everyone involved in making this tour possible, despite the current lockdown situation in Austria. We thank them for their generous understanding for allowing the three teams to enter their country. We are expecting close competition in both matches. With this being our final team activity of the year, we are hoping to strengthen and prepare the team ahead of the World Cup qualifiers scheduled to resume next March. Continuing from our last tour held in October, we strongly hope to showcase a performance that can give back to the Japanese sports scenes, while also sending out a positive message to the viewers. We will comply with the guidelines set by JFA and UEFA, and take an even more cautious approach to prevent the spread of the virus.

SEKIZUKA Takashi, JFA National Team Director
Following our tour in October, we are grateful to be given the opportunity to hold another team tour, despite the ongoing pandemic. Due to the effects of the travel restrictions, we were not able to callup Osako and all players playing in the domestic league. Following our matches against the two African teams, we were able to find out what we need to improve on, both as a team and as individuals. This time, we will be facing Panama and Mexico, who will certainly present us with tough challenges. We hope to showcase strong performances that can lead the team to a higher level. 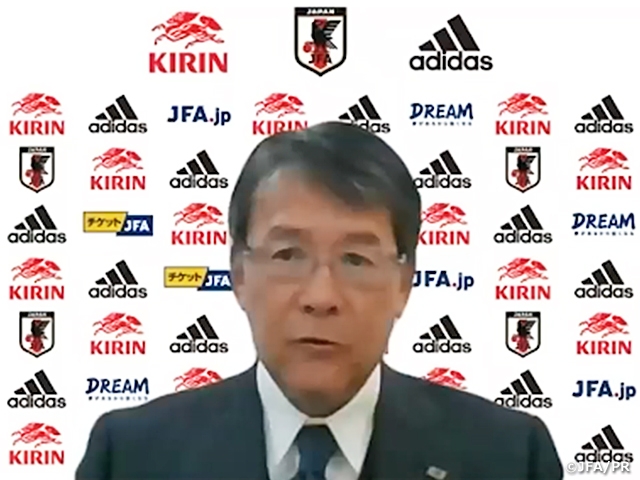