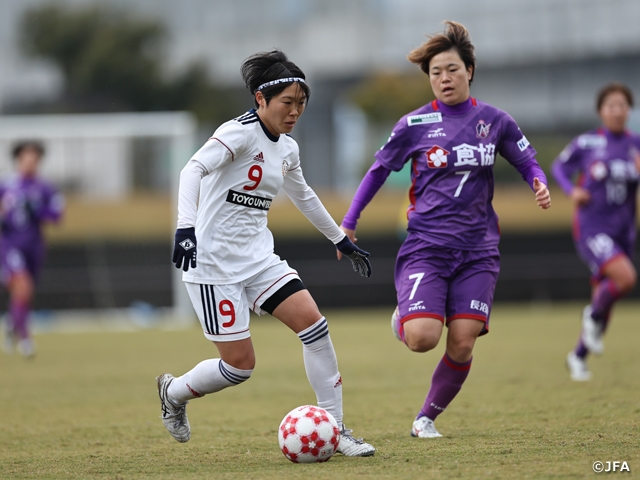 The second round of the Empress's Cup JFA 44th Japan Women's Football Championship continued to be played on Sunday 4 December. At Nitto Shinko Stadium Maruoka two teams blew out their opponents to cruise into the third round.

Ange Violet Hiroshima (Nadeshiko 1/Hiroshima), who are set to disband after this tournament, faced Toyo University (Kanto 1/Gunma), who had won 5-0 against Norddea Hokkaido (Hokkaido 1/Hokkaido) in the first round.

Hiroshima stared the match by applying aggressive pressure, while collecting the ball to SHINJYO Mai and KANDA Wakaho to initiate their attacks. The first goal, however, was scored by the university side in the sixth minute when KITAGAWA Eri finished off a pass from KADOWAKI Mai. Before halftime, Toyo University increased its lead when INAYAMA Miyu converted a loose ball inside the box in the 43rd minute. 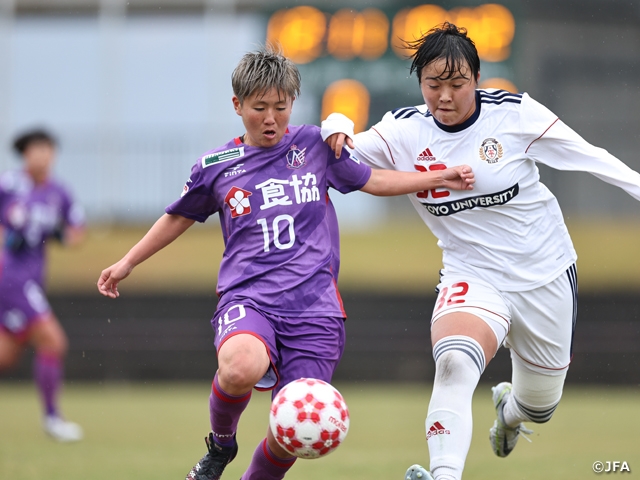 Kadowaki opened the second half with a goal to put Toyo University up 3-0. In the 67th minute, MURAOKA Yuri added another goal to make it 4-0. Hiroshima recorded more shots than their opponents, but came up empty, as Toyo University moved on to the third round.

When the final whistle was blown, the last match for Ange Violet Hiroshima, founded in 2012, had come to an end. The players lined up in front of the supporters to greet them, before reluctantly leaving the pitch.

While Izumo attempted to build their attack from the defence line, Kamogawa seized the initiative from the outset. In the 24th minute, KONO Yuki assisted SAITO Ayaka's goal to give Kamogawa the lead.

In the 56th minute, Izumo introduced a pair of Brazilian players, Laura SPENAZZATTO and Ferrer THAYS, in an effort to change the dynamics of the match. However, led by their defensive midfielder KIRA Chinatsu, Kamogawa showed great concentration to thwart Izumo's opportunities. The second goal for Kamogawa was then scored in the 67th minute by URASHIMA Risa, who was selected for the Nadeshiko League Division 1 best eleven. FUCHIGAMI Nonoka then scored in the 78th minute. Kamogawa advanced to the third round with ease after Urashima scored her second goal in the 82nd minute and NAMIKI Chinatsu added the team’s fifth goal in the 84th. 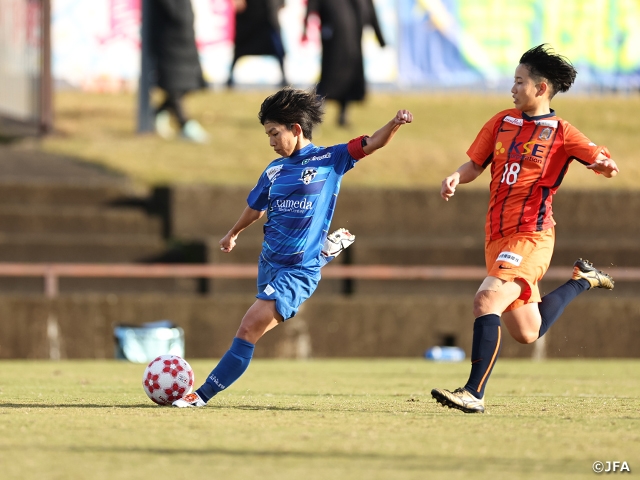 FW #10 KANDA Wakaho (Ange Violet Hiroshima)
As a team competing in the first division of the Nadeshiko League, it is really frustrating that we couldn't show our mettle. I still can’t believe that the team will now be disbanded, but I am proud to have fought for this team, as I think we are one of the teams that have really been loved by the community and have made football in Hiroshima so much fun. I have people who have told me that "Ange is my life," and as a Hiroshima native, I wish I could still play here, but I would like to continue to do my best, making use of what I have learned at Ange.

FW #9 KADOWAKI Mai (Toyo University)
We had trouble moving the ball from our defensive line, which nearly cost us some goals, but the fact that we were able to take advantage of the few opportunities we had helped us win the match. I was able to position myself in a good spot when I scored the goal, so I only needed to make good contact with the ball to put it in the net. The Empress's Cup is a fantastic competition that gives us the opportunity to play against teams from higher categories, so we'll approach our upcoming match against Sfida Setagaya FC (Nadeshiko 1/Tokyo) with a challengers' mentality. I will do my best to prepare myself in the best way possible.

NODA Akemi, Coach (Orca Kamogawa FC)
This was a difficult match because we had to travel a great distance to the match venue, and the weather had changed significantly over the course of the week. We anticipated a challenging match against Izumo, but we were able to take the lead in the first half, which was in line with our game plan. This result gives us confidence moving forward because we had been practicing scoring goals against defensive teams. In the next round, we will be facing Waseda University (Kanto 2/Tokyo), who are also a strong team, but we want to demonstrate our mettle as a team from the first division of the Nadeshiko League.

MF #8 TOMOCHIKA Mana (Diosa Izumo FC)
We tried to play aggressively to demonstrate our football style because we played too passively in a game played at this same venue last year. We entered the second half hoping to turn the tables similar to how the SAMURAI BLUE (Japan National Team) did at the FIFA World Cup Qatar 2022™, but we ended up conceding the next goal to our opponents. Although we were able to reach the Nadeshiko League Division 2 play-offs, we weren’t able to win our spot into the league, so we must strive to become a team that can work even harder. 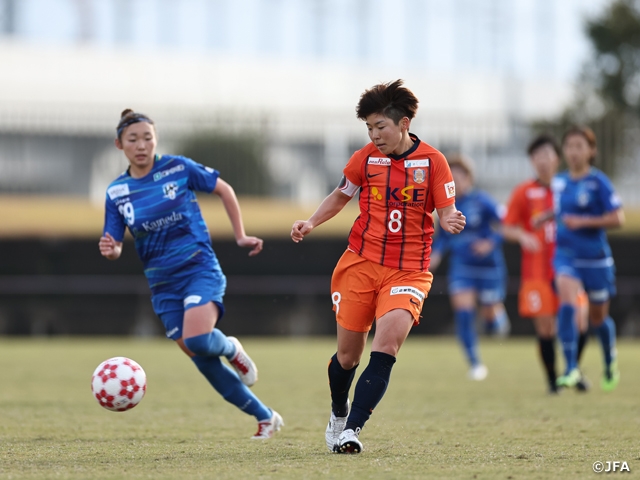