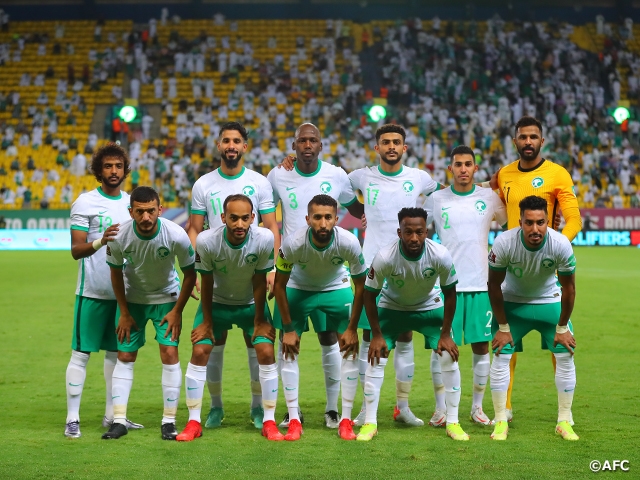 Despite starting the second round of the FIFA World Cup Qatar 2022™ Asian qualifiers with one win and two draws, the Saudi Arabia National Team won five straight matches to claim the group lead. In the AFC Asian Qualifiers (Road to Qatar), the team came from behind to defeat Vietnam 3-1, followed by a 1-0 victory over Oman, who has defeated the SAMURAI BLUE (Japan National Team). The Saudis are second only to Australia in Group B, who has a better goal differential.

Saudi Arabian football has made a remarkable comeback in the last few years. The “Green Falcons,” made their fifth World Cup appearance in Russia (eliminated at the group stage), and their U-23 team finished second in the AFC U23 Championship Thailand 2020, which served as the qualifier for the Tokyo Olympics, earning them their third appearance in the Summer Olympics (also eliminated at the group stage). Al Hilal, one of the most prestigious clubs in Saudi Arabia, has reached the AFC Champions League (ACL) final in 2017 and 2019. Despite losing to Urawa Red Diamonds in 2017, they claimed their first ACL title by defeating Urawa two years later.

Led by French coach Herve RENARD, the team plays an attacking football style based on ball possession. They are one of the few teams in Asia that can outperform Japan in terms of ball possession. Although Japan won 2-1 at home in the previous AFC Asian Qualifiers held in November 2016, Saudi Arabia possessed the ball 55.3% in that match. Also in the round of 16 of the AFC Asian Cup UAE 2019, which Japan won 1-0, Saudi Arabia showcased such an aggressive style that made TOMIYASU Takehiro, who scored the winning goal in that match, say, “I didn't imagine that they would be pressing so hard.” 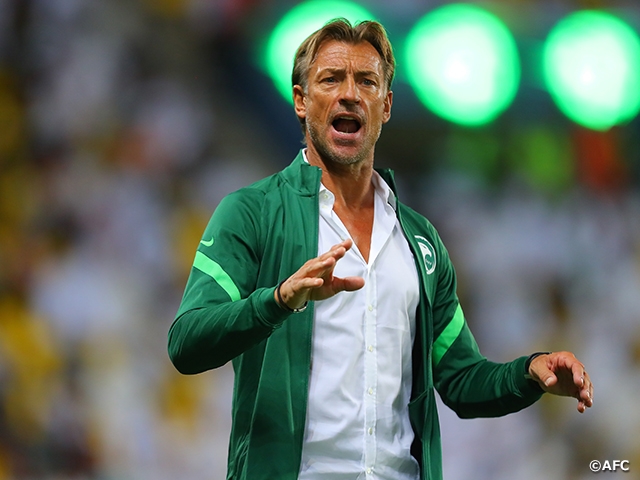 With Saleh Al-Shehri playing at the top, Salman Al-Faraj and Fahad Al-Muwallad play behind him. Left fullback Yasser Al-Shahrani is another player to keep an eye on, as he has scored a goal against Vietnam. Their early crosses that penetrate the gap between the defence line and goalkeeper are something to watch out for. The Saudis are capable of surprising their opponent with their creativity in the final third, making them an opponent Japan must not lower their guard against. 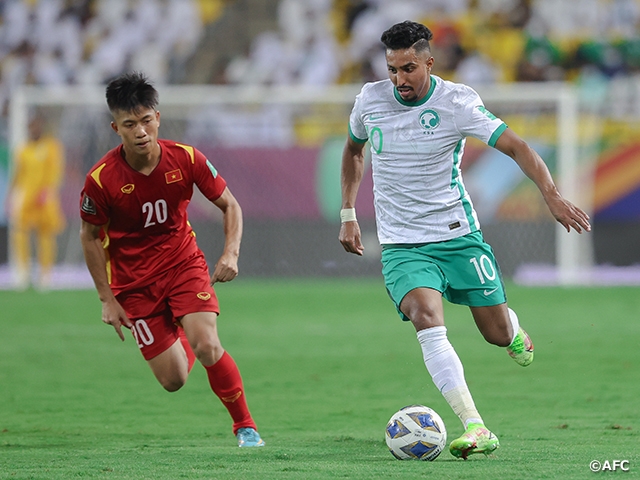