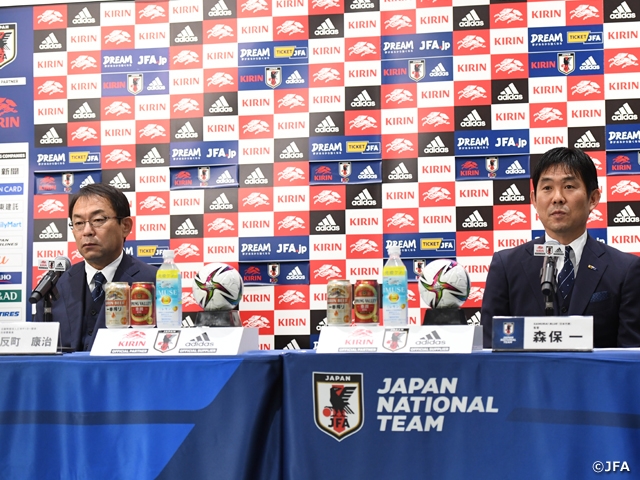 On 7 December, coach MORIYASU Hajime of the SAMURAI BLUE (Japan National Team) announced the squad for their match against the Uzbekistan National Team in the KIRIN CHALLENGE CUP 2022, scheduled to be played at Saitama Stadium 2002 on 21 January 2022. The 22-man roster featured MUTO Yoshinori (Vissel Kobe), who will make his return to the national team for the first time in nearly three years, and four first time call-ups including ARAKI Ryotaro (Kashima Antlers), as coach Moriyasu shared his aspiration to “build positive momentum” ahead of the remaining fixtures of the AFC Asian Qualifiers (Road to Qatar).

For the SAMURAI BLUE, who are scheduled to face China PR on Thursday 27 January and Saudi Arabia on Tuesday 1 February in the FIFA World Cup Qatar 2022™ AFC Asian Qualifiers, this match against Uzbekistan will provide the players with a precious opportunity to brush up their condition and game intuition following the off season.

With the match being scheduled to take place outside of the FIFA International match Calendar, the squad consisted only those who play in the J.League, including familiar faces such as OSAKO Yuya (Vissel Kobe), NAGATOMO Yuto (FC Tokyo), SAKAI Hiroki (Urawa Red Diamonds), and GONDA Shuichi (Shimizu S-Pulse). In addition, the squad was announced early to allow the players to prepare themselves, as the match is scheduled to take place after the league’s off season.

The four players who were called-up for the first time are Araki, who won this season’s J.League Rookie of the Year award after scoring 10 goals in 36 matches, Tokyo Olympian SEKO Ayumu (Cerezo Osaka) and his Cerezo Osaka colleague NISHIO Ryuya (Cerezo Osaka), and OGASHIWA Tsuyoshi (Hokkaido Consadole Sapporo), who scored seven goals in 30 matches as a rookie out of college.

INAGAKI Sho (Nagoya Grampus), WAKIZAKA Yasuto (Kawasaki Frontale), and ESAKA Ataru (Urawa Red Diamonds) have returned to the squad since the second round of the Asian Qualifiers in March, while WATANABE Kota (Yokohama F. Marinos) made his return since the CONMEBOL Copa America Brazil in June 2019.

For Muto, who returned to the J.League this summer for the first time in nearly seven and a half years, this will be his first call-up since the AFC Asian Cup in January 2019.

Ahead of the match in January, coach Moriyasu shared his aspiration, “This match against Uzbekistan will provide the players with an opportunity to improve their conditions and to make a case for themselves for the AFC Asian Qualifiers. We would like to make the most of this opportunity to raise the level of the team and build positive momentum to qualify for the World Cup.”

The team will start its training camp in Chiba on Monday 17 January before facing Uzbekistan at Saitama Stadium 2002 on Friday 21 January.

“As long as we have the opportunity, we want to work on building the team, while also discovering and incorporating new players into the team,” said coach Moriyasu, as he shared his expectations for the new players, “Each player must demonstrate their individual strength, and by bringing those individual strengths together, we will be able to fight as an organised force. Especially for the players who have been called up for the first time or after a long interval, I want them to showcase their full potential and growth.”

Japan is currently in second place in Group B with Saudi Arabia leading the pack with 16 points, four points ahead of Japan, while Australia sits in third place with 11 points. If Japan can secure one of the top-two spots in the group after playing the remaining four matches, including matches against China PR and Saudi Arabia, they will qualify unconditionally without going through the playoffs.

The coach concluded the press conference by stating, “In order to earn results to qualify for the World Cup, we would like to fight as a team against Uzbekistan.”

MORIYASU Hajime, Coach of SAMURAI BLUE (Japan National Team)
By holding this KIRIN CHALLENGE CUP before the AFC Asian Qualifiers, it will give us the opportunity to strengthen the team while preparing the players for the tough fixtures against China PR and Saudi Arabia. We are grateful to the J.League clubs for allowing us to have their players at the start of the season. I would also like to express my gratitude to all the sponsors and all the people who helped make this event possible. Through this year's J.League and the national team activities, we have selected the right members to represent Japan. For those who have participated in our activities before, I would like them to improve their conditions and to recall this team’s tactics, which maybe different from their own club. We have quite a few players who have been called-up for the first time or have been away for a while, so I want the regulars to show those players what we've been doing. I am really looking forward to working with this squad, which consists only those who are playing domestically. I want the players who are active in the J.League to demonstrate what they are capable of doing and showcase a performance that will make people think that the player-base of Japanese football has become so much deeper and stronger. We have plenty of time to practice, so I hope that each player will make a case for themselves to earn a spot in the line-up. We will take a comprehensive look at the players' performance and past activities, but in order to mix things up, I think it is quite possible that the new players may have the opportunity to feature the line-up. In order to reach the World Cup, we must face each match of this qualifiers as if it were a tournament match. And in order to strengthen the team, we will keep a wide perspective on new talents so that they can be integrated when needed. 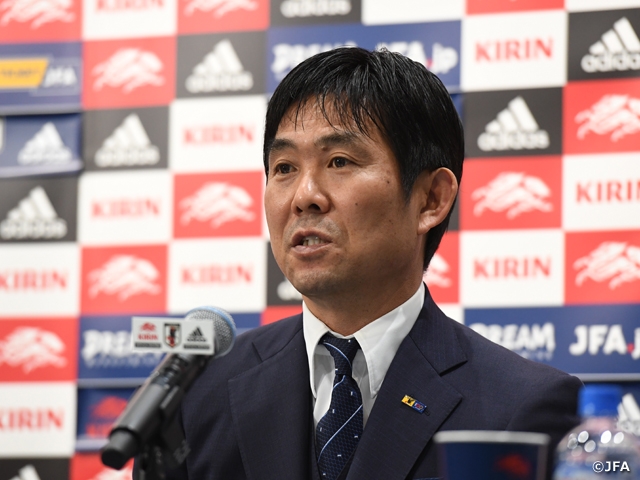 SORIMACHI Yasuharu, JFA Technical Director
This KIRIN CHALLENGE CUP will be very difficult to coordinate because the clubs will be on vacation, but we are very happy and grateful for the cooperation of the J.League clubs and the efforts of many people, which made it possible for us to welcome the Uzbekistan National Team for this match. There is no doubt that this match will have an effect on the AFC Asian Qualifiers against China PR and Saudi Arabia, so I hope the team can enter the match in good shape. Since most of the clubs except for the clubs participating in the Emperor's Cup are in their off season, we decided to announce the squad early to allow the players to prepare themselves ahead of time. We are happy to be able to hold this KIRIN CHALLENGE CUP at Saitama Stadium 2002, which is a football stadium that can create a sense of unity with the supporters. We will certainly follow government policies regarding the response to the new Omicron variant of the Coronavirus. We must be prepared to make necessary changes depending on what happens in the next few weeks, but we are very eager to play in front of our fans, and since we have three fixtures scheduled to be played in Japan, we want as many people as possible to support the team at the stadium. It may be difficult for the fans to cheer with their voice, but we hope to see a big turnout and hear a loud applause sent towards the team. 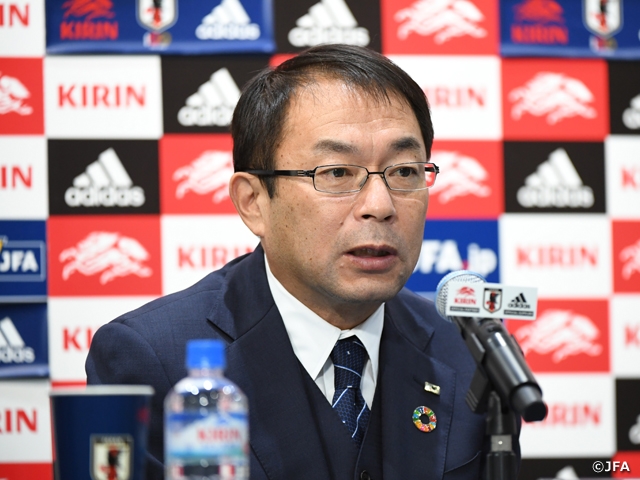