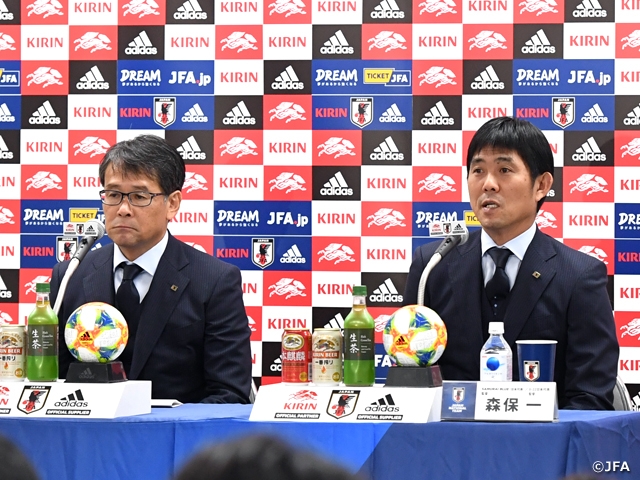 On Friday 30 August, coach MORIYASU Hajime of the SAMURAI BLUE (Japan National Team) announced the squad for the KIRIN CHALLENGE CUP 2019 match against the Paraguay National Team (9/5@Kashima) and the first match of the 2022 FIFA World Cup Qatar Qualification Round 2 against the Myanmar National Team (9/10@Yangon). At the press conference, coach Moriyasu shared his aspiration to “prepare well in order to get off to a good start.” 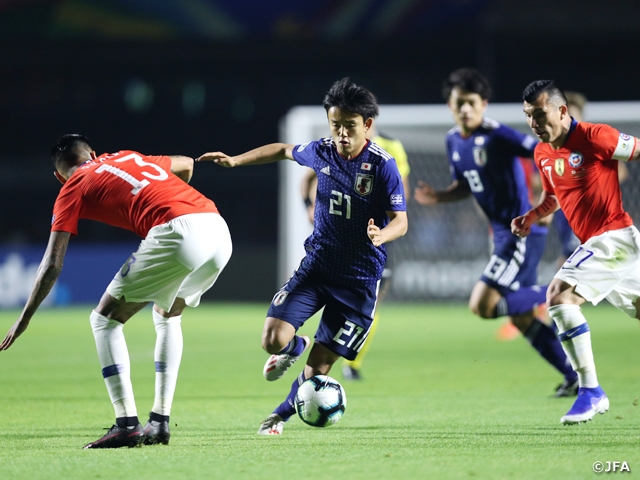 YOSHIDA Maya (Southampton FC) and ENDO Wataru (VfB Stuttgart) got their first call-up since January’s AFC Asian Cup, while ANZAI Koki (Portimonense S.C.) returned to the squad since his first call-up in March. While the roster mostly featured players who plays for clubs abroad, four players from the J.League, HATANAKA Shinnosuke (Yokohama F・Marinos), HASHIMOTO Kento (F.C. Tokyo), NAGAI Kensuke (F.C. Tokyo), and SUZUKI Musashi (Hokkaido Consadole Sapporo) were named into the squad. After announcing the roster, coach Moriyasu stated, “we are hoping to get off to a good start at the World Cup qualifiers. Based on my experience as the coach of the national team, I have chosen the best players.”

Keeping in mind of the long travels involved in the Asian qualification round, the Japanese coach pointed out the importance to maintain the players’ conditions, as he mentioned, “in order to allow our players to perform their best performance, we must support the players to reduce their fatigue and stress.” He continued by saying, “as long as the players continues to challenge themselves to reach higher levels through the matches played in Asia, I believe that we can showcase a good performance.” Reflecting on the past year spent as the coach of the Japan National Team, coach Moriyasu shared his take on the team, “we are definitely improving as a team. The players have deepened their understandings of the team strategy and everyone is getting on the same page.” The coach continued by saying, “We hope to strengthen and heighten our foundation by taking great care of each of our steps along the way.” 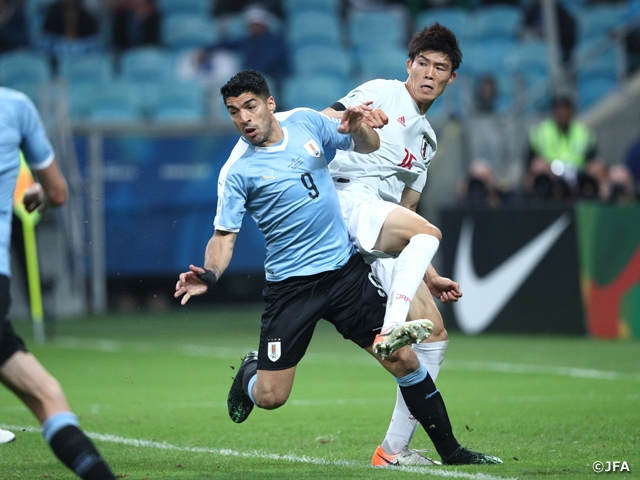 The team will start training in Ibaraki on Monday 2 September, followed by their match against Paraguay on Thursday 5 at Kashima Soccer Stadium. They will then face an away game against Myanmar in their first match of the 2022 FIFA World Cup Qatar Qualification Round 2 on Tuesday 10. Japan is grouped with Myanmar, Mongolia, Tajikistan, and Kyrgyz Republic in Group F of the Asian qualifier of the World Cup, where they will compete in a home and away format.

MORIYASU Hajime, Coach of SAMURAI BLUE (Japan National Team)
With the activities of the Japan National Team and the Olympic National Team overlapping with one another, I have been considering the National Team as one large group and constructed the team in order to strengthen as many players as possible. Kubo is a high quality player who can help us, and that is why I have listed his name to this squad. I hope to see the players give their utmost efforts and stay eager to develop as a footballer through our daily activities. Every player I have called up as the national team coach, will be considered as candidates for future selections. However, there are also many players I haven’t been able to call up, and I still believe that there are plenty of players that has the potential to play for the Japan National Team. There are no players who are guaranteed with their spot. The players are giving their best efforts to compete in the survival race for the Japan National Team, and I will continue to assess the players through their performances.

SEKIZUKA Takashi, JFA Technical Director
It has been a year since coach Moriyasu took over the helm of the Japan National Team. Up until today, we have gone through many tournaments including, the AFC Asian Cup, CONMEBOL Copa America, KIRIN CHALLENGE CUP, and many other tournaments played at variety of age categories. We will now reflect on the activities carried out by the development categories all the way up to the SAMURAI BLUE and brace ourselves towards the 2022 FIFA World Cup qualifiers. Our road to the World Cup is not going to be an easy path. We must face each and every match with the intention to grow as a team and strive towards our goal. We hope to prepare ourselves well through the match against Paraguay at the KIRIN CHALLENGE CUP and get off to a good start at the World Cup qualifiers when we face Myanmar in an away match. In order to accomplish our goal, the JFA will give our full support to coach Moriyasu and the Japan National Team.