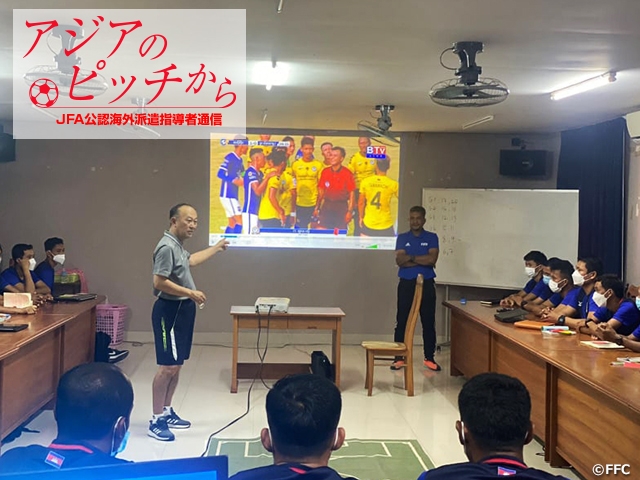 Despite the global outbreak of Covid-19, Cambodia made it through 2020 without any cases of community spread. However, shortly after the start of the 2021 season, the first city-wide outbreak (later named the “February 20 community event” by the Cambodian government) severely affected both civilian lives and football competitions. Regional qualifiers were drastically reduced in the cup competition, while the two-legged format was reduced to single-legged ties in the professional league, which also had to be divided into upper and lower divisions in order to adjust the match schedule to determine the final standings. However, the U18 and U15 leagues, which started in the end of 2020, had to be suspended and postponed, and were eventually called off after about half of the fixtures had been played. The women's league had completed the league matches and reached the play-offs between the top four teams but was called off with just the final left to play.

At the beginning of the 2021 season, there were no cases of Covid-19 among the referees. However, midway through the season, we encountered a number of situations that were foreseeable but still posed a challenge to resolve, such as the referees being required to self-quarantine as close contacts after a player tested positive following a match they have officiated, a match getting postponed for a day to replace the referees after one of them tested positive in a pre-match inspection and all the referees were found to be in close contact (since the four referees stayed in one room to save accommodation costs), a local referee assessor getting appointed as the fourth referee after one of the referees tested positive in a match that could not be postponed due to its remote location. Nevertheless, I think we were lucky to have finished the league without any major problems.

In Cambodia, the authorities imposed Covid-19 restrictions including a ban on gatherings of more than 15 people, but the cup and professional league matches were granted special permission to be played without spectators. These restrictions were lifted at the end of October, and we were able to run four consecutive referee training courses in December, which we had not been able to do under the ban on gatherings. The course was very difficult to run, as we had to stay on-site for three weeks, and the duration of the course was limited to only one third of the yearly schedule, but we were reminded of the effectiveness and enjoyment of having face-to-face discussions. 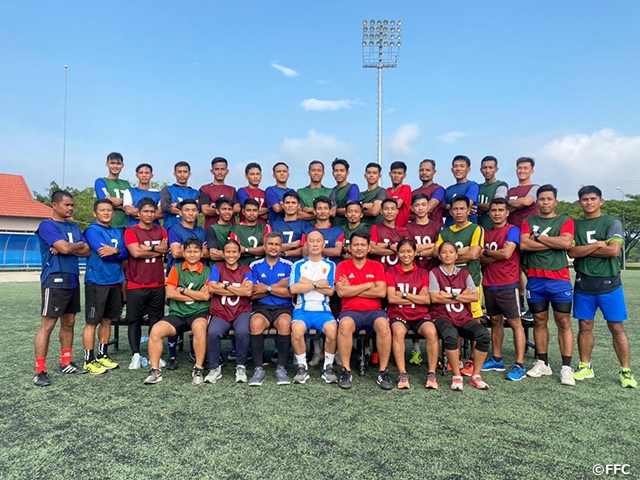 At the end of 2021, the Football Federation of Cambodia welcomed Mr. SAITO Satoshi as CEO of the newly established management company for the country’s professional football league, which we believe will revitalise the league and improve the treatment of referees. In order to make the referees more aware of their responsibilities and to help them fulfil their duties, we would like to clarify the assigned referees for each league and to create a more competitive system, which will be the first step towards improving the quality of referees in Cambodia. 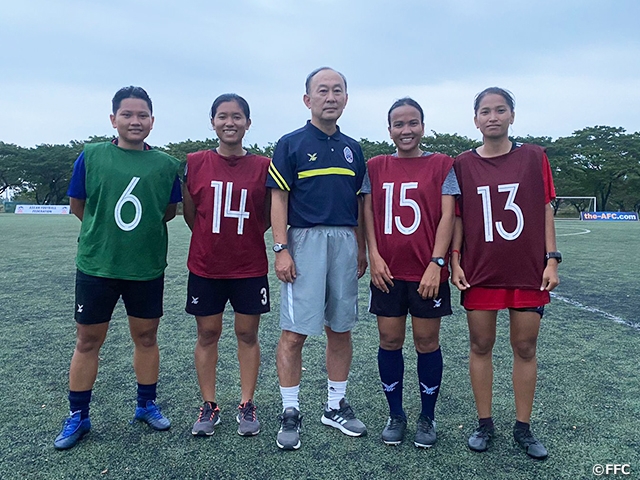 Top female referees. The two on the right were registered as FIFA International Referees in 2022. 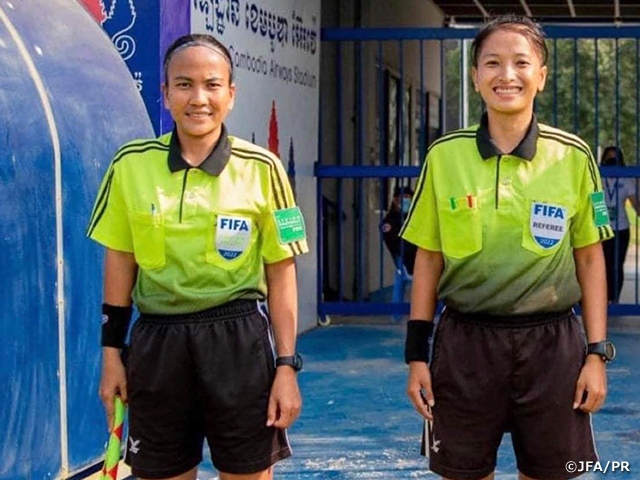