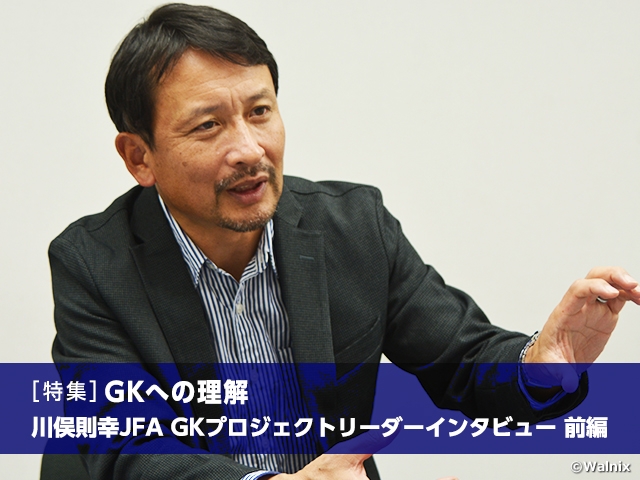 As the leader of the JFA GK Project, KAWAMATA Noriyuki has given his efforts to promote, develop, and strengthen the GK position and GK coaches. Here we have conducted an interview regarding the changes and improvements he has seen over the years, and future plans for the project.

The GK position is gaining a more positive image

――There seems to be more players wanting to become a GK, but what is your take on this current state?

KAWAMATA Many people throughout Japan are doing a great job to promote the position to younger players. There are football schools specialised for GKs, whilst sports clubs are dedicating part of their activities for GKs, and these efforts have undoubtedly contributed to the growing interest. We are also seeing more J.League clubs holding GK schools for younger players. In the recent years, the importance of the GK position is getting more acknowledgment and that maybe one of the factors associated with this growing interest. The position became a topic of conversation several times during the 2018 FIFA World Cup Russia™ and the spotlight has given a positive image on the position. Also, with the increase of artificial turfs, there are less connotations associated with the position such as the risk of injuries. In many ways, players are gaining more reasons to start playing the GK position.

Our goal is to make more players want to become a GK and make the position a popular position where “everyone wants to play as a GK.”

――In the old days, players with less athletic abilities were forced to become a GK, but is that becoming a myth?

KAWAMATA Starting from 2011, eight-sided football has been implemented for the U-12 category and the GKs have become more involved in the team’s offence and defence. As a result, GKs are now required to step up their foot-skills, preparation skills with prediction of play, and the overall understanding of the game. In eight-sided football, the GK accounts for a larger part of the game, and it has become exceedingly difficult to win matches without a good GK. Therefore, players with higher athletic abilities are now playing the position. Such tendency is becoming more apparent at the “JFA U-12 Japan Football Championship,” where teams with good GKs are making deeper runs in the tournament. However, the flipside of this trend is that some players are becoming more hesitant to take on the responsibility of a GK saying, “I don’t want to concede a goal because of my own mistake.” This is probably because many coaches and parents are still holding the GKs accountable for conceding goals. The GK position is directly involved in plays that affect the outcome of the match, and that often makes them the target for criticism. Adults must understand that it is not always the GKs’ fault and we must appropriately guide this idea to change how we think towards the GK position. 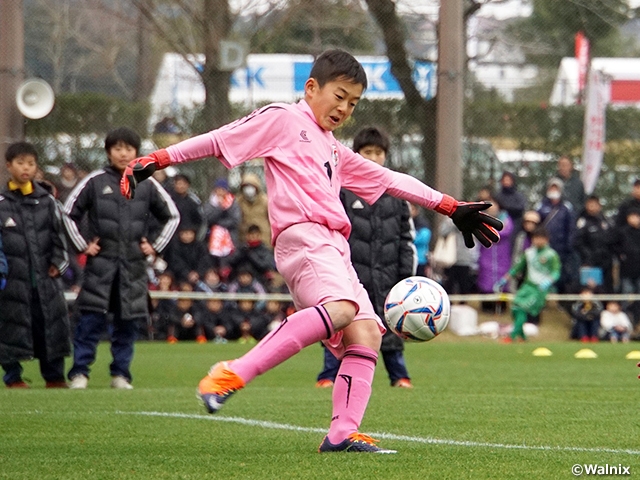 ――What is needed to break through the current situation?

KAWAMATA In football, the players must be our main focus, and how the adults treat the players during their developing period is a crucial factor for the players’ development.

Also, the football community as a whole must have a better understanding towards the GK position. Traditionally, televised football highlights used to only focus on goal scenes, but DAZN has started to feature “super saves” during their J.League broadcasts. These are some of the positive steps to ehancing the status of GKs.

――What is the key point to further popularise the GK position?

KAWAMATA We need a Japanese goalkeeper to play at the top stage in the world and become a role model for the kids. I hear that in England, when a top class goalkeeper emerges, kids become more willing to play the GK position. In that sense, we need to develop a world class goalkeeper, whilst holding programmes to expand the base and root of the overall GK field.

――In the view of GK development, where does Japanese GKs stand in the world?

KAWAMATA Japan finished in the round of 16 at the 2018 FIFA World Cup Russia™, and when looking at the tournament data for GKs (shots saved, successful passes, frequency of attempts to stop crosses, etc.), Japanese goalkeepers are placed right around the levels of round of 16.

We are seeing an increasing number of foreign GKs at the J.League, and many have voiced their concerns, “what is going on with the development of Japanese GKs?” However, through our continuous development programmes, we should see a lot of talented Japanese GKs emerge in the near future. If these GKs can thrive at the J.League and take their challenges overseas, we will see a major change in the GK scenery in Japan.

――Is it ideal to have diverse role models?

KAWAMATA Only three GKs have participated in the past World Cups for Japan, Mr. KAWAGUCHI Yoshikatsu, Mr. NARAZAKI Seigo, and Mr. KAWASHIMA Eiji. Many have addressed the need to refer to these players in order to construct a clear vision of an “ideal Japanese GK.” However, we are not striving to setup our goals based on the past, but to be ahead of the curve to develop a world class GK. That is why we do not obsess over the idea of “how a Japanese player must be like.” We want to develop many different GKs with different talents and if these GKs can become inspiration for the younger generations, we can raise the overall level of the GKs in Japan. 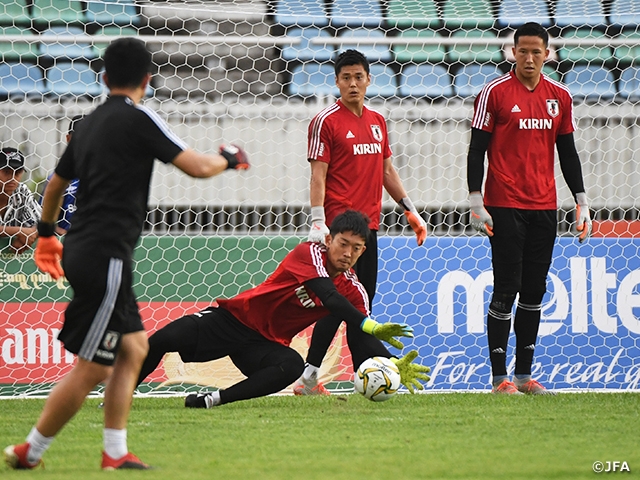