Laws of the Game and Respect - Always have respect Vol.97 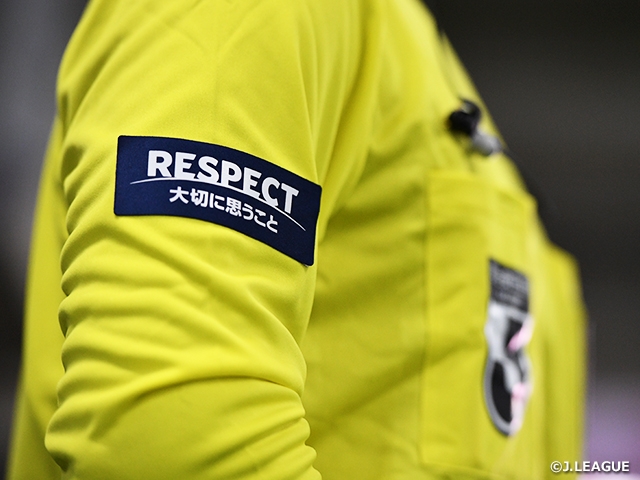 By respecting others and enjoying the game, football can enrich the lives of everybody involved, and we are convinced that the spirit of “respect” has the power to sustain or pull back the football world from falling into a “win-at-all-costs mentality” and “excessive pursuit for profit.”

However, I cannot recall a single incident during a football match in which a foul was called due to “lack of respect,” or a player receiving a yellow card for the same reason. Let’s take a look into the “Laws of the Game.”

However, “respect” is mainly emphasised not in the main content of the Laws of the Game, but in the two short sections; “The philosophy and spirit of the Laws” and “Managing changes to the Laws,” written in the “Introduction.” Here, the word “respect” is used repeatedly for a total of seven times.

By the way, the section on “philosophy and spirit” is more important than some of the detailed provisions of the Laws of the Game in my opinion. The “Laws of the Game” can be freely viewed and downloaded from the JFA website, so I suggest that you take a look at it.

The remaining four are all in Article 12: “Fouls and Misconduct.” One is listed as, “shows a lack of respect for the game” under the item “Cautions for unsporting behaviour.” The word “match” is used in the Japanese version to translate the English phrase “the game,” but I personally think it is more appropriate to use the word “football” instead of “match.” Anyway, it is clearly stated in the Laws of the Game that a player can be cautioned for plays that lack respect.

The remaining three show cases where team officials can be warned or cautioned, and it is stated that acts that lack respect towards the referee or football should result in a caution. These warning clauses for team officials were added in the 2019/20 edition of the Laws of the Game.

Some players of defending team intentionally step too close to the ball facing free kicks. Throwers advancing 10 metres down the line in throw-ins. Simulations. Players acting to be hurt with the intention to induce a caution to the opponent or to waste time. These are just some of the examples of the hideous behaviours seen in matches of all levels.

Some may say that “it is all part of football.” But we must understand that it is looked at as an incredibly ugly act in the eyes of other athletes, which is causing immeasurable damage to the value of football.

In my opinion, referees should not “be tolerant” or “give up,” but take a clear stand against these acts by saying, “it is an act that lacks respect towards football” and take disciplinary actions if these acts are being repeated.

*This article was originally posted on the Japan Football Association Newsletter, “JFAnews,” May 2021 edition.