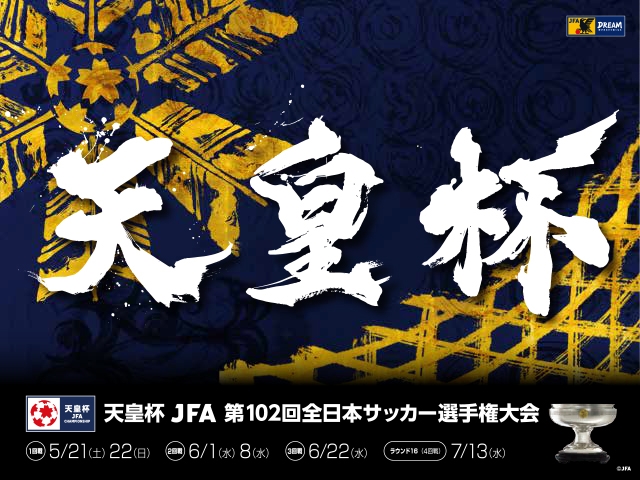 The first round of the Emperor's Cup JFA 102nd Japan Football Championship is scheduled to take place on Saturday 21 and Sunday 22 May, as 24 fixtures are lined-up to be played at various venues nationwide.

With the preliminary rounds for the 47 prefectures having completed by Sunday 8 May, the 88 teams competing for the coveted title are now in place. The tournament will be played in a knock-out format, with 48 teams competing in the first round, including the prefectural representatives and amateur seed Honda FC. All J1 and J2 teams will make their appearances from the second round, which is scheduled to be played on Wednesday 1 and Wednesday 8 June.

Of the 2,342 teams that entered this year's Emperor's Cup, five have qualified to the main tournament for the first time.

North Asia University (Akita) has failed to win the Akita prefectural qualifiers despite reaching the finals three times in the last five years. This year, the team returned to the first division of the Tohoku College Soccer League after a five-year absence, and the young team consisting of mainly first and second year players, finally qualified for the Emperor's Cup. The team has welcomed Mr. HAYANO Hiroshi, who led Yokohama Marinos (at the time) to the league championship, as general manager, so they must be fully prepared to fight against professional opponents. The university side will face Fukushima United (Fukushima), who are making their first Emperor's Cup appearance in six years, in the first round. The Fukushima side has defeated Iwaki FC in the prefectural final after losing to the same opponent four days earlier in the Fukushima Derby that took place in the J3 League. Overcoming the prefectural rival that has denied their cup appearance five years in a row, Fukushima United are certainly motivated to make a deep run in the tournament.

Honda FC, the “amateur heroes,” pulled off another giant-killing in the last tournament, as they defeated Yokohama F. Marinos (J1) in a penalty shoot-out. This year, they will first face Nara Club (Nara), who also compete in the JFL. The two sides have already met in this season's JFL, drawing 0-0. The two teams, who are also competing for the JFL title, will once again be locked in a heated battle.

The tension-filled, single-elimination tournament is full of drama every year. Please stay tuned to see how the tournament unfolds in this year's Emperor's Cup. 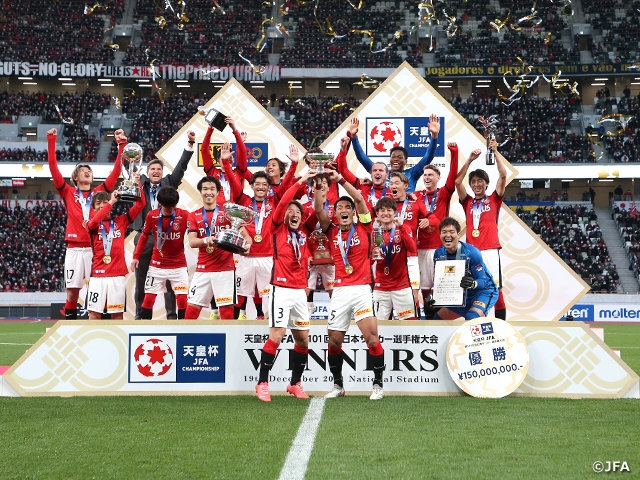