Semi-finals to take place on 5 January! Which teams will advance to the final to claim their first title at the Empress's Cup JFA 43rd Japan Women's Football Championship 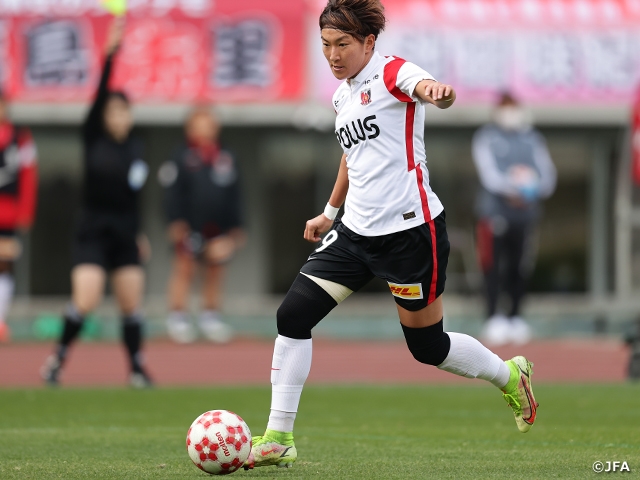 The semi-finals of the Empress's Cup JFA 43rd Japan Women's Football Championship will take place at Kanseki Stadium Tochigi on Wednesday 5 January. Both cards will be played between teams from the WE League against teams from lower categories.

This is the 15th time, fifth year in a row, that the Reds have reached the semi-finals. The team beat the tenacious Sanfrecce Hiroshima Regina (WE League/Hiroshima) 2-0 in the quarterfinals with a well-aimed shot by NAOMOTO Hikaru and a late goal scored by SUGASAWA Yuika. Following their shutout victory over Iga FC Kunoichi Mie (Nadeshiko1/Mie) in the fourth round, the team will aim to keep another clean sheet in order to capture their first Empress's Cup title.

Cerezo Sakai, a team from the first division of the Nadeshiko League, defeated two teams from the WE League, Nojima Stella Kanagawa Sagamihara (WE League/Kanagawa) 3-2 and Albirex Niigata Ladies (WE League/Niigata) 1-0, in the fourth round and quarterfinals. KOYAMA Shinomi, who has scored in every match since the second round, scored the only goal in the match against Albirex to bring her tally to seven goals in four consecutive matches.

The second fixture between JEF United Ichihara Chiba Ladies (WE League/Chiba) and Nippon TV Tokyo Verdy Menina (Kanto/Tokyo) will be a night game with a kick-off time of 19:00.

JEF defeated four-time defending champions Nippon TV Tokyo Verdy Beleza (WE League/Tokyo) 3-0 in the quarterfinals. They made up for their loss in the league with goals scored by OSAWA Haruka in the first half and FUJISHIRO Maho and IMAI Yurina in the second half. The team has extended their unbeaten run to nine matches since the second half of the league and into the Empress's Cup.

Menina, who will be challenging them, have also enjoyed a good run of form. In the quarter-finals, the team took the initiative from the first half against Omiya Ardija VENTUS (WE League/Saitama) and won 4-0 to advance to the semi-finals for the first time. Following the match against INAC Kobe Leonessa (WE League/Hyogo), HIJIKATA Maya once again scored the opening goal, making it six goals in five consecutive matches since the first round. 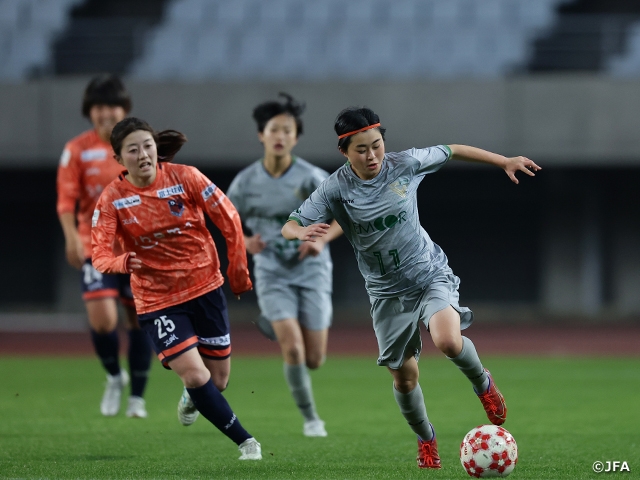 With Beleza being eliminated in the quarterfinals, all teams that had previously won the Empress's Cup are now out of the competition. Regardless of who wins: Reds, Cerezo Sakai, JEF or Menina, a new queen will be crowned this year. Which team will win their ticket to the final scheduled to be played at Sanga Stadium by KYOCERA?