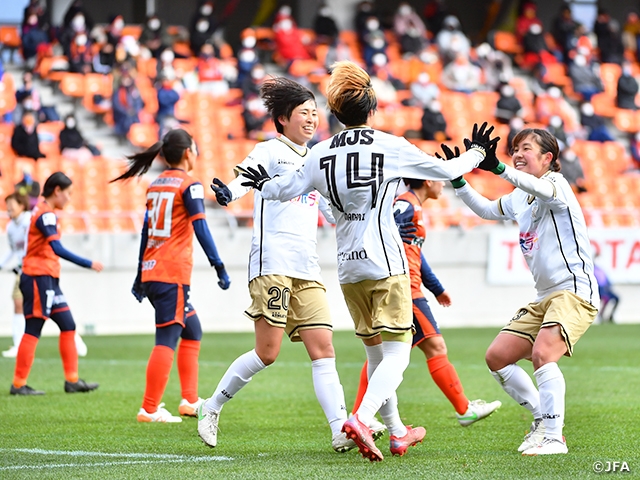 Eight fourth-round matches of the Empress's Cup JFA 43rd Japan Women's Football Championship took place on Saturday 25 December. At Nagano U Stadium, four teams from the WE League played against each other.

In the first half, Elfen took the initiative over Albirex by creating opportunities with long-balls delivered from their centre-halves and defensive midfielders. ASADA Marina’s offensive involvement from the right side also gave a boost to Elfen, as YUMURA Hikaru made attempts to score goals upfront.

However, with goalkeeper HIRAO Chika making her first appearance in six matches, Albirex displayed solid defence to keep Elfen at bay. In the 34th minute, coach MURAMATSU Daisuke made a substitution to bring in IBARAKI Mitsuba, which changed the course of the match. At the end of the first half, TAKIKAWA Yume crossed the ball to Ibaraki, who assisted the goal of YAMAYA Ruka to give Albirex the lead before the break.

Gaining momentum from the opener, Albirex doubled their lead at the start of the second half, as MICHIGAMI Ayaka assisted the goal of Ibaraki in the 48th minute. With a 2-0 lead, Albirex continued to show their dominance, with Takigawa striking the crossbar. In the 62nd minute, KAWAMURA Yuri made her first appearance of the season. The audience applauded Kawamura's return to the pitch after a long absence. 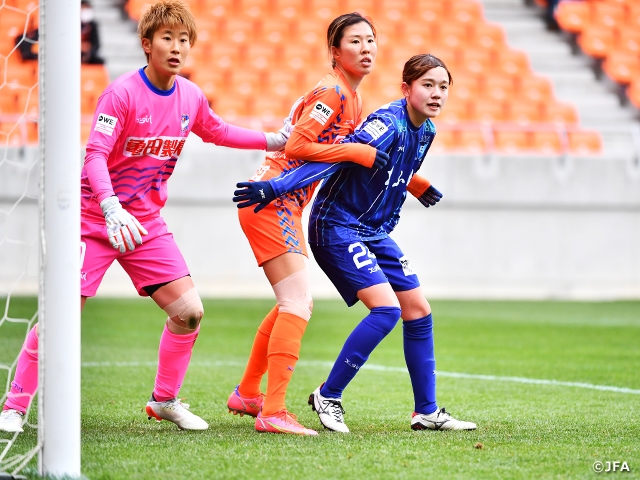 In efforts to rally back, Elfen changed their formation in the 66th minute, shifting YAMAMOTO Emi in the defensive midfield position and KATO Chika to the left side. However, despite getting number chances from corner kicks, Elfen struggled to find their pace in the second half, as the match ended 0-2, giving Albirex the ticket to the quarterfinals.

Many spectators came to see the local team Parceiro in action, but it was Beleza who scored the first goal of the match. The goal came in the 11th minute when SHIMIZU Risa delivered a cross to set up KITAMURA Nanami to score a dynamic goal that gave Beleza the lead. 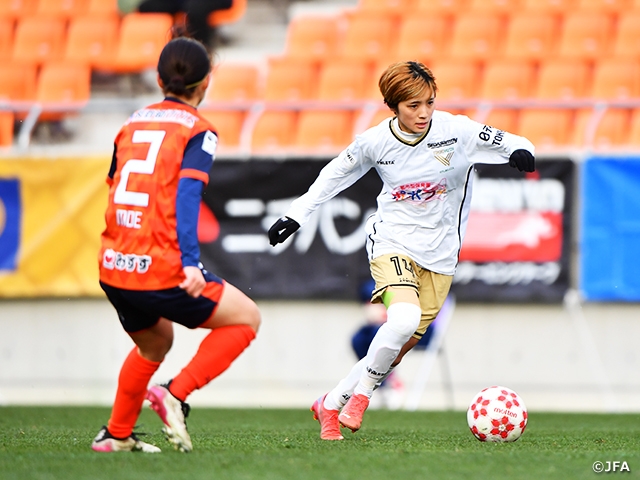 While Parceiro struggled to pick up their pace, Beleza doubled their lead with the mid-range shot scored by UEKI Riko in the 33rd minute. KOBAYASHI Rikako followed just a minute later to further extend the Beleza lead.

In attempts to change the dynamics of the match, Parceiro’s coach OGASAHARA Tadashi utilised his substitutes aggressively, introducing TOMARI Shiho and FUJITA Riko to their offence. However, Beleza's MIURA Narumi, who recently returned to the squad, showcased superb work to cover the space in the midfield to prevent the attacks of Parceiro.

Beleza sent out some of their younger players on the pitch, including ENDO Jun who announced her move to a club abroad, and 19 year old YAMAMOTO Yuzuki, who scored her first goal of the season in the 73rd minute to make it 4-0.

In the closing minutes of the match, Parceiro made their final push, but the shot from Fujita went wide of the goal, while the shot taken by ITO Megumi was caught by the Beleza goalkeeper TANAKA Momoko. Beleza, aiming for their fifth consecutive title, advanced to the quarterfinals with a convincing win over Parceiro.

MF #5 SETOGUCHI Kozue (Chifure AS Elfen Saitama)
Although we were able to move the ball around and create chances in the first half, our inability to score goals has led to this result. We went on the attack in the second half, but it opened the door for our opponents to counter us. However, I felt that the things we have been practicing since the end of the first half of the league, are starting to take shape, so we need to focus on finding ways to take advantage of our ball possession to score goals and win more matches.

MF #20 YAMAYA Ruka (Albirex Niigata Ladies)
The Empress's Cup is a knock-out tournament, so I am happy that we were able to stay strong as a team and advance to the next round. (Reflecting on the opening goal) When (Takigawa) Yume was dribbling up the line, I knew she was going to deliver a cross. I saw where the goalkeeper was standing, so I was able to keep my cool to take that shot. I am happy that we were able to maintain our focus until the end to keep the clean sheet.

OGASAHARA Tadashi, Coach (AC Nagano Parceiro Ladies)
Despite the large number of supporters who came to watch us, it was a disappointing result. Menina (Beleza's development team) defeated Leonessa today, and Beleza really showed the difference in terms of their skills and the history they have built up. We came prepared to make up for that, and I want to thank the players for their determination to fight until the end. We are looking forward to the second half of the WE League next year.

FW #19 YAMAMOTO Yuzuki (Nippon TV Tokyo Verdy Beleza)
I haven't been able to score any goals this season, but with (KANNO) Oto-san delivering a good cross, I was able to score, although it wasn't exactly what I intended. In the absence of the players of the national team, I have been trying to improve my individual performance while practising with the team. As I was a member of Menina until last year, their victory over Leonessa gives me great momentum, and I will continue to strive for victory as a member of Beleza.