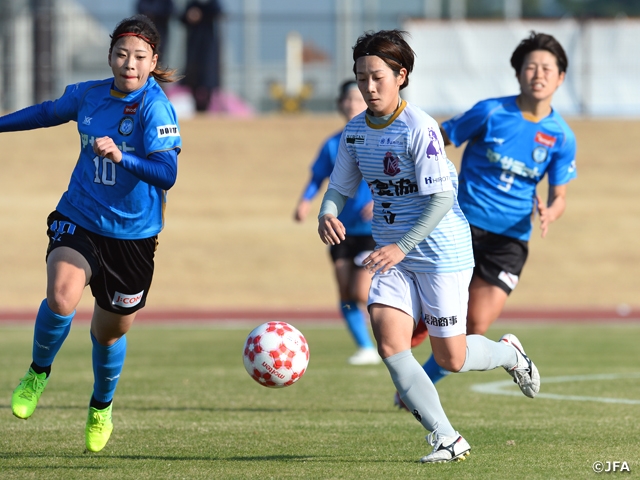 The final fixture of the third round of the Empress's Cup JFA 43rd Japan Women's Football Championship took place on Sunday 12 December. At Moka Sports Park Field, two teams from the Nadeshiko League Division 1 competed for the final ticket to the round of 16.

The match between the runners-up of the Nadeshiko League Division 1 Sfida Setagaya FC (Nadeshiko1/Tokyo) and 11th place Ange Violet Hiroshima (Nadeshiko1/Hiroshima) turned out to be an intense match that came down to the wire.

The match started with both sides trying to control the pace of the game, and it was Sfida's ability to win the aerial battles that led to the first goal. In the 10th minute, NAKAYAMA Satsuki delivered a cross from the left side that was connected with OTAKE Mayu, who struck a powerful header into the goal to give Sfida the lead. 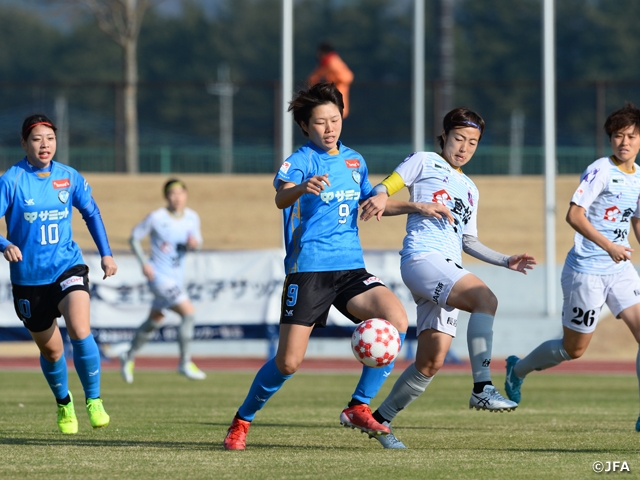 In efforts to level the match, Ange Violet repeatedly made attempts to penetrate the space behind the Sfida defence line, which came to fruition in the 24th minute, when YOSHITANI Akane responded to a through ball sent by TOMITA Miyu to score the equaliser.

With the accurate passes of NARA Misaki, who was named into the Nadeshiko League’s best eleven, and the dynamic long feeds of WATANABE Mizuki, Sfida gradually picked up their pace, which led to the goal of HORIE Mitsuki, who converted the deflection of Otake’s header to give the Tokyo side a 2-1 lead at halftime.

The second half saw Sfida take full control over the match, as they took advantage of their height and fire-power to pin down Ange Violet in their own territory. However, with Ange Violet’s goalkeeper TANAKA Yukina showcasing a superb performance in front of the goal, Sfida couldn’t find ways to score a goal.

Ange Violet’s final opportunity came in the 80th minute, when SHIMAMURA Kumiko connected with a corner kick delivered by KANDA Wakaho, but her attempt went wide of the target. 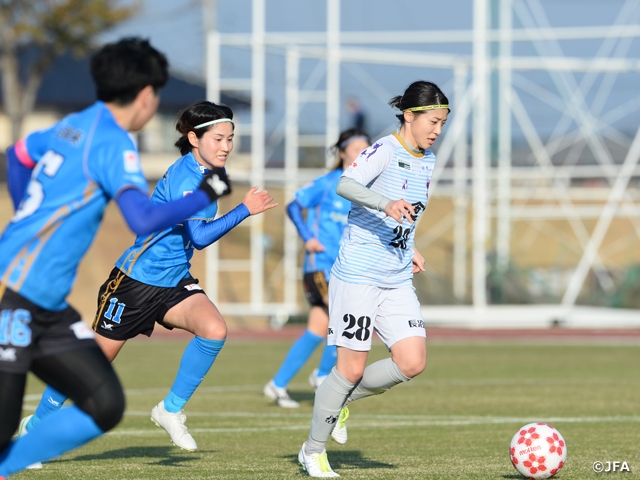 After both sides fell short from scoring a goal in the second half, Sfida advanced through to the fourth round with a 2-1 victory over Ange Violet.

DF #16 NARA Misaki (Sfida Setagaya FC)
Regardless of who we are playing against, we always focus on what we can express as a team, and that's what we tried to do today. We were able to find our rhythm from the early minutes of the match, and despite conceding the equaliser, we manged to keep our composure to retake the lead. In the first half of the season, we saw our team lose momentum after conceding a goal, so we can see how much the team has grown over the season. We have nothing to lose in the fourth round against Omiya Ardija VENTUS, so we hope to put up a good fight. I'm looking forward to the matchup with INOUE Ayaka, who I played with at Mynavi Sendai Ladies.

NAKAMURA Hiroki, Coach (Ange Violet Hiroshima)
We entered the match prepared to exploit the space behind the opposing full-backs. However, we ended up conceding a goal from a power-play, which we were fully aware of. We knew we couldn’t win by playing defensively, and I think our attitude to press forward led to the equaliser. The players did a great job to execute our game plan. We wanted to take advantage of our speed to score goals in this Empress's Cup, so I am satisfied with the way we scored goals throughout the tournament, including today.