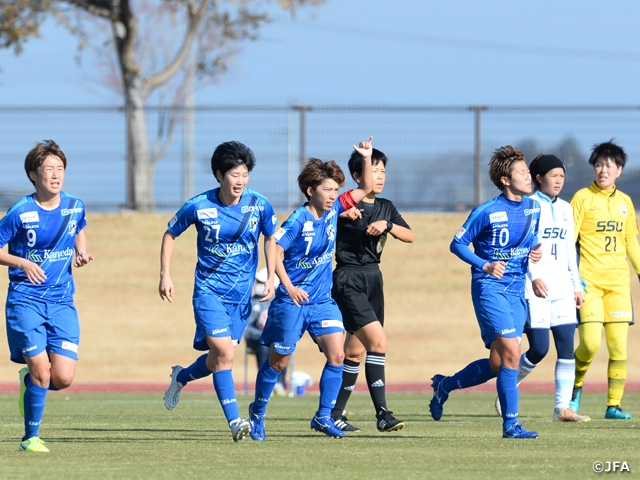 Orcas, who have not conceded a goal in this tournament so far, continued their good form by defeating NHK Spring Yokohama FC Seagulls (Nadeshiko1/Kanagawa) 0-1 in the second round, and took the initiative against Asregina on this day. In the 19th minute, MINAMIYAMA Chiaki, who is leaving the team after this season, fired a mid-range shot that missed to the right side of the goal. With Orca continuing to create chances, the opening goal came in the 32nd minute, when URASHIMA Risa struck a direct shot off of a cross sent by Minamiyama from the right side. The well-placed shot pierced the left side of the goal, and the crowd responded by giving her a big round of applause.

Asregina, who had reached the third round by winning two consecutive matches in penalty shootout, struggled to create chances in the first half, as they couldn’t find ways to deliver the ball to FUJIWARA Kana and MIYOSHI Akane. 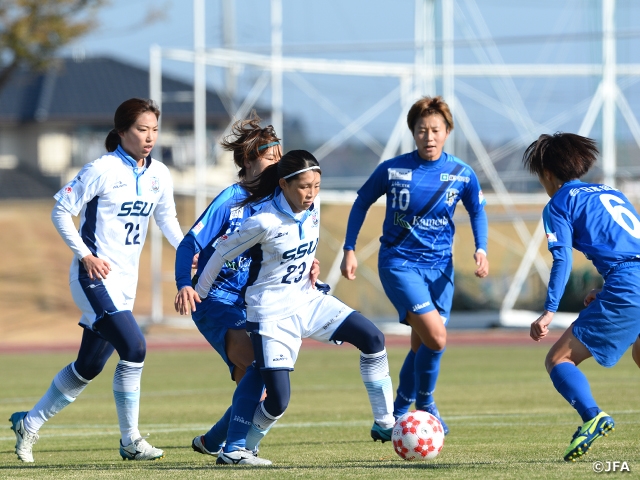 However, Asregina gradually picked up their pace in the second half, as Fujiwara connected with a free kick delivered by TAKASHIMA Ayane to fire a header in the 50th minute, followed by a mid-range shot taken by YAMADA Yui that struck the goal post in the 58th minute.

The second half also saw Orca making efforts to extend their lead, as their centre-half TSURUMI Ayaka fired towering headers in the 61st and 65th minutes, but her attempts failed to hit the target.

In efforts to equalise the match, Asregina tried to increase their time in the attacking third, but their attacks became monotonous and Miyoshi's shot in the 71st minute went just wide of the goal. The one-goal game became more intense as the 90th minute approached, but the score remained unchanged, with Orca winning 0-1. With this shutout victory, Orca will carry their perfect defensive record into the fourth round, where JEF United Ichihara Chiba Ladies (WE League/Chiba) await.

After scoring four goals against University of Tsukuba (Kanto/Ibaraki) in the second round, Kunoichi dominated the ball possession from the early minutes to create variety of attacks. The opening goal came in the 10th minute, when MORI Hitomi converted the corner kick delivered by SUZUKI Chihiro with a header. Following the opener, Kunoichi continued to attack from both sides, as their right full-back TSUNEDA Nana, who hadn't started since June, was actively involved in their attacks.

Despite the efforts made by Anclas to initiate counters, Kunoichi showed quick transitions to recover the ball, denying the Fukuoka side from creating opportunities. With Nadeshiko League Division 1 MVP SUGITA Ami scoring the second goal in the 24th minute, Kunoichi entered halftime with a 2-0 lead. 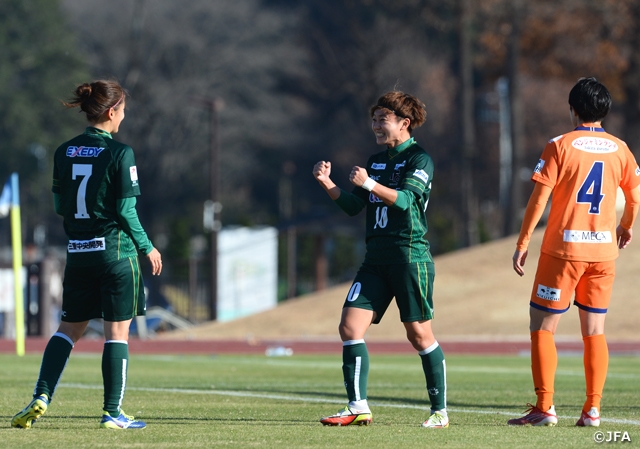 Kunoichi continued to showcase their dominance in the second half, as SHIMANO Mio converted the cross sent by Sugita in the 53rd minute to make it 3-0, followed by Sugita’s second goal of the match scored in the 56th minute. NISHIKAWA Asuka, the top scorer of Nadeshiko League Division 1, also contributed by scoring a header off of a cross sent by Sugita to mark a goal in back to back matches.

Kunoichi's substitute players also played an active role, as OKINO Kurea was brought down in the penalty area to win a penalty kick in the 64th minute. Okino took the spot kick herself, but her attempt was saved by the tenacious save of Anclas goalkeeper ASAYAMA Miho, which brought the crowd to their feet.

However, with Okino and MITSUHASHI Asuka each adding to the tally, Kunoichi won the match 7-0, as they fired a total of 33 shots to demonstrate their dominance over Anclas and advance to the round of 16. 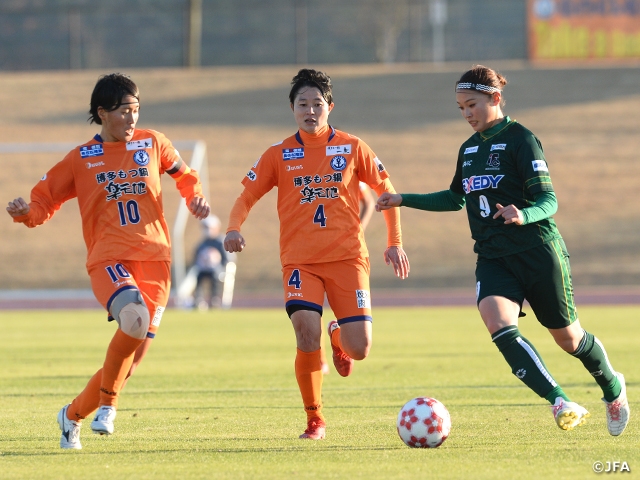 Honda Midori, Coach (Shizuoka SSU Asregina)
It would have been nice if we could have created chances through our build-ups from the goalkeeper in the first half, but we couldn't do that. Although we managed to keep the ball moving in the second half, we lacked quality in the final third to score goals. However, I think the players have gained confidence that they can compete against Division 1 sides of the Nadeshiko League, so we will continue to make our efforts to reach the top division.

DF #4 TSURUMI Ayaka (Orca Kamogawa FC)
We managed to win through a very tough match in the second round, so this was a very important match for us to not let that experiencer go to waste. Today was another difficult match, and after scoring only one goal in our league matches this season, I really wanted to help the team by scoring a header, so I am disappointed that I couldn’t do that. Our next match is against my former team, JEF United, so I am very excited for this match. I want to prepare myself in the best way possible, so that we can win the match.

MF #10 SUGITA Ami (Iga FC Kunoichi Mie)
We told each other that the first half was going to be important because we knew our opponent was going to come out very aggressively. Although we struggled in the early minutes, we managed to pick up our pace after scoring the opener. Our goal for this Empress's Cup was to play against teams of the WE League, so we are excited to face Mitsubishi Heavy Industries Urawa Reds Ladies in the next round. I think the team is in great form, so we hope to ride this momentum to showcase a strong performance.

KAWASHIMA Mie, Coach (Fukuoka J. Anclas)
Facing a team with very strong offence, we wanted to create chances through counterattacks, but we couldn’t find our spots and ended up getting pinned in defence throughout the first half. We understood the situation at half time and tried to regain our composure in the second half, but we didn’t have the right mentality to play against one of the best teams in the Nadeshiko League, even though there was not much difference in terms of techniques. However, the players showed great growth over the year, despite not being able to use the practice field for a while due to the pandemic.