Close
HOME > Competitions > NEWS > Four matches to be held this weekend, who will get out of the relegation race in the WEST - Prince Takamado Trophy JFA U-18 Football Premier League 2021

Four matches to be held this weekend, who will get out of the relegation race in the WEST - Prince Takamado Trophy JFA U-18 Football Premier League 2021 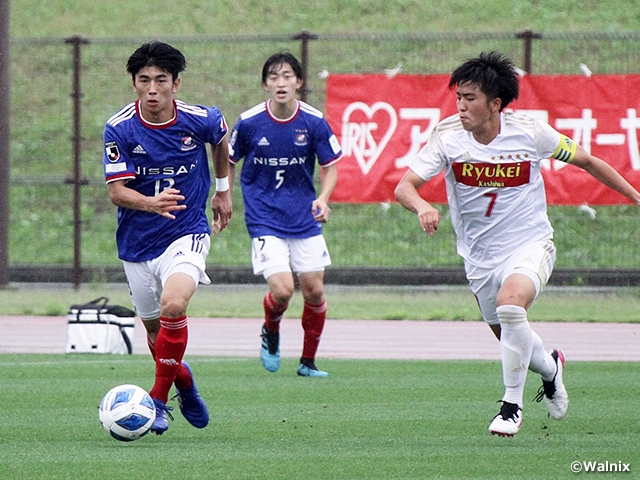 Four of the postponed fixtures of the Prince Takamado Trophy JFA U-18 Football Premier League 2021 are scheduled to take place on Saturday 6 November.

Yokohama F.Marinos Youth (Kanagawa) will face Kashiwa Reysol U-18 (Chiba). Despite winning back to back matches after the league resumed in October, Yokohama FM saw their defence collapse in the match against Omiya Ardija U18 (Saitama) on Saturday 23 October, losing the match 1-6. With the team seeking to bounce back, all eyes will be on their defensive leader NISHIDA Yusuke (#4). Kashiwa, on the other hand, will be carrying great momentum after winning three matches in a row for the first time this season. It will be interesting to see if they can accumulate more points this week to put pressure on the top teams.

Kyoto Sanga FC U-18 (Kyoto) will welcome Sanfrecce Hiroshima F.C Youth (Hiroshima) to their home this weekend. Kyoto, who have been without a win since their fifth match of the season against Sagan Tosu U-18 (Saga) on Sunday 18 July, lost 0-4 to Cerezo Osaka U-18 (Osaka) last week. In order for them to avoid relegation, KOYAMA Mao (#17) and the rest of the offence must step up their game. On the other hand, the league leaders Hiroshima have won their last two matches by a score of 1-0. With MITSUHIRO Kento (#6) at the centre of their defence, the team's tenacity to score goals late in the game have helped Hiroshima rack up points this season. They will try to keep this trend going and pull away from the other teams in the standings. 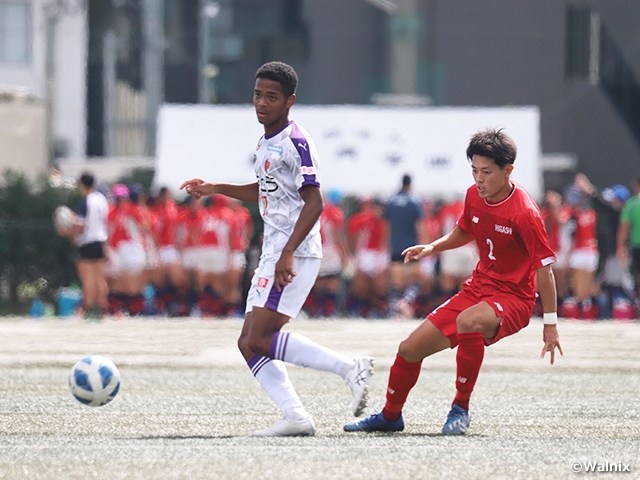 The match between Cerezo Osaka U-18 and Vissel Kobe U-18 (Hyogo) will have huge implication on the relegation race. Last week, ISHIWATARI Nelson (#4) and SARARA Ritsuki (#34), two promising first year players, scored their first goals for C.Osaka, who have won three consecutive matches since the start of the second half of the season. They will seek to extend their winning streak with the help of their young players. Kobe on the other side, needs a win to get out of the bottom of the table, and they need their attackers, such as NAGASAWA Mikaze (#10), to step up their game. 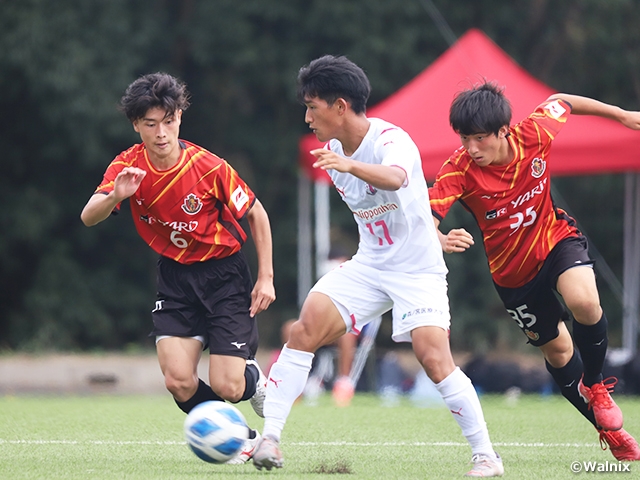 Jubilo Iwata U-18 (Shizuoka) will square off against Gamba Osaka Youth (Osaka) this week. After losing to G.Osaka on Saturday 9 October, Iwata will seek to have their revenge. Their success will depend on how much opportunities FUJIWARA Kensuke (#13) can create in this rematch. G.Osaka, on the other hand, have been winless since their match against Iwata. After conceding four goals in their loss to Nagoya Grampus U-18 (Aichi) last week, NONAKA Riku (#4) and KUWAHARA Rikuto (#15) will try to rebuild their defence and get the team back on track.

Archive
Competitions
HOME Competitions NEWS Four matches to be held this weekend, who will get out of the relegation race in the WEST - Prince Takamado Trophy JFA U-18 Football Premier League 2021