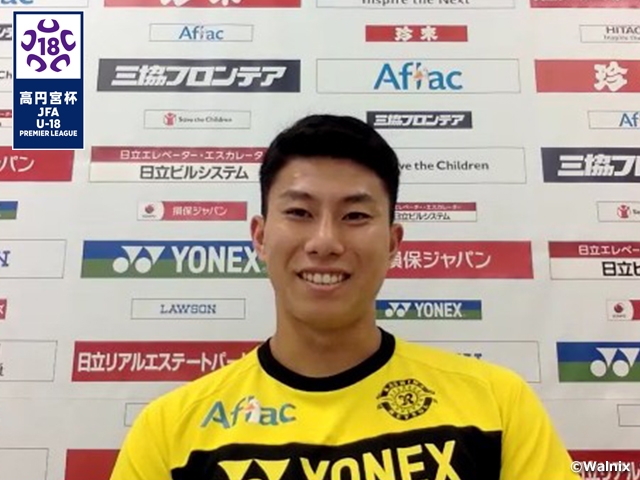 The Prince Takamado Trophy JFA U-18 Football Premier League 2022 will resume league play on Saturday 3 September after a two-month break. Here we interviewed HOSOYA Mao, who played in the Premier League as a member of Kashiwa Reysol U-18, about his impressions of the league and his message to the players competing in the league.

――You played in the Premier League until 2019, what is your impression of the league?

HOSOYA In my first year in high school I felt frustrated because I was just watching off the bench. However, all the matches were fiercely contested between the top teams of the youth age group, so I was able to feel the tense vibe in first hand. In my second year, I played mainly as a side-half. From that time on, I was focused on earning results, so when I look back at the numbers (one goal in 16 matches), I get the impression that I wasn't doing much. We got to play against high school powerhouses in the Premier League, but I really didn't want to lose to any of the high school teams. 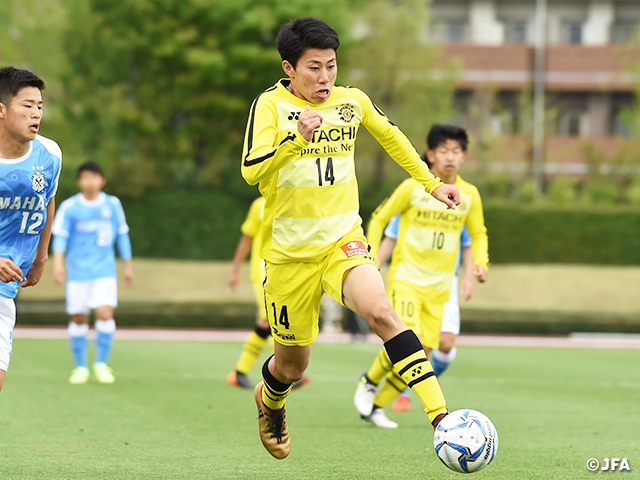 ――How do you look back on your third year in high school, when you scored eight goals in 13 matches? 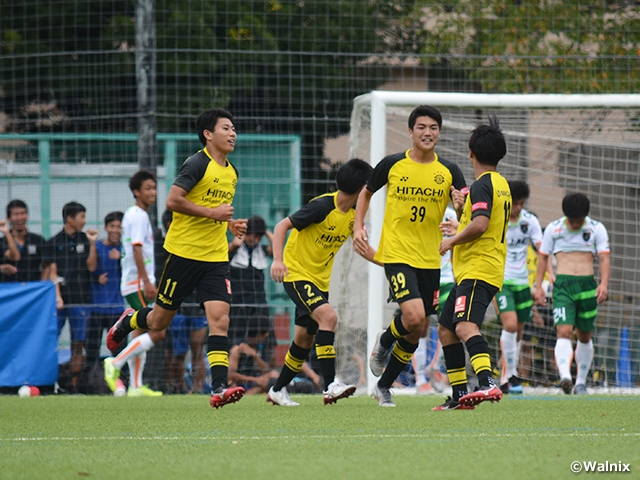 ――What kind of high school student were you?

HOSOYA I was very competitive, on and off the pitch. I always practised hard to make it to the top team, which really helped me grow as a player. In my third year, I sometimes felt I was slacking a bit during the training sessions with the youth team, so I had to make conscious efforts not to let that happen. The coaches of the top team were observing the matches in the Premier League, so I always tried to play differently from the other players around me.

――Are there any matches that have left a particular impression on you?

HOSOYA I vividly remember the matches against Jubilo Iwata U-18 and Aomori Yamada High School during my third year. Against Iwata, I was happy to score a hat-trick for the first time in a while, and against Amori Yamada, the team managed to equalise at the end (90+4 minutes), but at the meeting after the match, I remember being told, "Mao needs to do better," which reminded me once again that I must leave good results.

――What were the areas in which you grew during your high school years?

HOSOYA During my third year, I was often pointed out regarding my runs behind the opposing defence line in the training sessions with the top team. I think I have been able to make use of the things I learned with the top team during those times.

――In your third year as a professional, you have played 26 league matches so far this season (as of 30 August) and scored seven goals. What do you think is the reason for your good form?

HOSOYA I think the fact that I always remember to work on the fundamentals in practice is what helped me do well in the matches. This is something I learned from my own experience, rather than being told by someone else. I believe that if you don't train with that kind of mindset, you won't be able to compete in the matches, so it's something I'm very focused on.

――You made your debut with the SAMURAI BLUE (Japan National Team) in the match against China PR at the EAFF E-1 Football Championship 2022.

HOSOYA Playing for the national team is one of my goals and I want to become a player who is always selected. 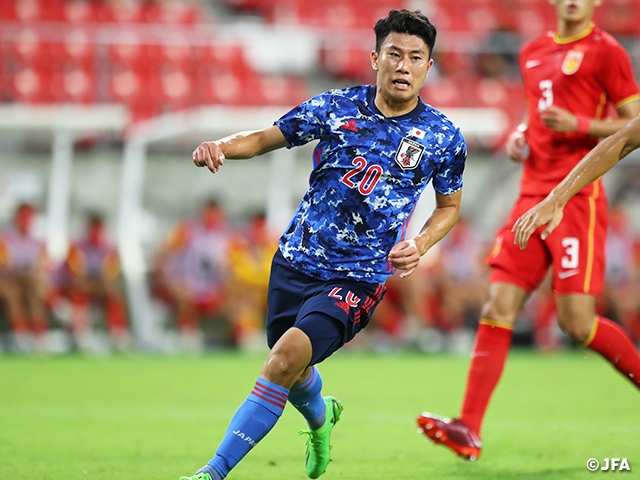 ――Lastly, do you have a message for the players competing in the Premier League?

HOSOYA The importance of the daily trainings has been felt more strongly since I became a professional. If you always give 100% in training, it will help you to see the road ahead. In the last few years, Reysol have not won the Premier League title and we ourselves have finished just one step short, so I hope they will do their best to win the title. With other teams also striving for the title, I think the level of the league is improving, so I hope the players will make the most of this experience to become better players.