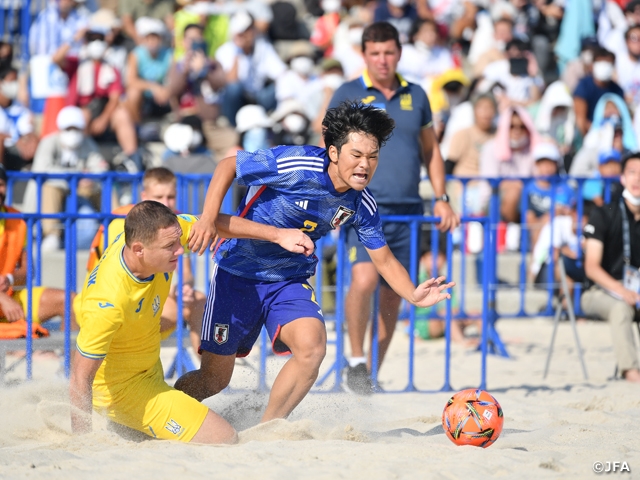 Riding the momentum of their 4-2 victory from the day before, Japan started the second match with three consecutive goals scored within the first five minutes. Player-coach MOREIRA Ozu (Tokyo Verdy BS) opened the action in the second minute when he intercepted a pass deep in the opposing end to score the first goal. AKAGUMA Takuya (Lazo Apego Kitakyusyu) followed in the fourth minute, when he converted the pass of MATSUO Naoya (Averdade Kumamoto BS). OKUYAMA Masanori (Loewe Yokohama) made it 3-0 when he converted a penalty kick he earned himself in the fifth minute. 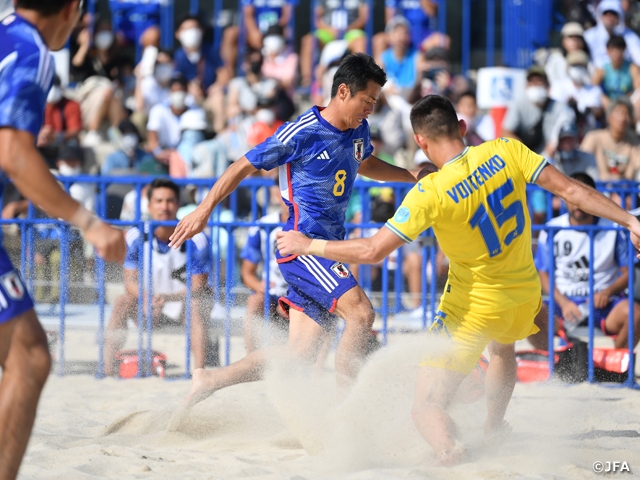 Ukraine scored a goal apiece in the first and second period to close down the gap, but Japan responded with back to back goals scored by Akaguma in the third period, when the veteran pivot capitalised on the lobbing pass delivered by UESATO Takumi (Tokyo Verdy BS) in the 27th minute, before scoring an over-head shot in the 33rd minute. Akaguma, who finished the match with a hat-trick, later reflected, “The throws from our goalkeeper were much better than yesterday. I was entrusted with the ball, so I am glad I was able to produce results.”

After both sides exchanged a goal apiece, the match ended with a final score of 6-3. The audience applauded as the two teams gave their all and congratulated each other after the match.

FP #10 MOREIRA Ozu (Tokyo Verdy BS)
We didn’t start the first match well, but after holding a meeting, we managed to play much better today. The new players and the veterans were working in tandem while the two goalkeepers delivered quality passes both from their hands and feet. We also managed to convert our chances. Although we saw a dip in our intensity level after taking a 3-0 lead, we managed to play in our pace throughout the match. We hope to win through next year’s qualifiers to play in the World Cup.

FP #8 MATSUO Naoya (Averdade Kumamoto BS)
We entered the first match poorly, so that was an aspect we focused on in today’s match. We tried to apply pressure from the front and outrun our opponents. We seemed to be out of sync in defence yesterday, so we made conscious efforts to communicate with each other and made our objectives clear before entering the match. This approach helped me make a good interception that led to an assist. I personally was making a return from a knee injury, so I was pretty pumped for this series. Because these matches were held in Japan, many of my family members and friends were able to attend the matches, which was a huge motivation for me.

FP #2 TANAKA Hayate (Tokyo Verdy BS)
We tried playing these two matches with a squad consisting of a mix of veterans and young players, which made it hard for us to work in tandem at first, but we managed to get on the same page as we communicated with each other. Since getting my first call-up to the national team at the end of last year, my confidence is definitely growing as my playing time increases, just like with my club. Matches against foreign teams are much different from those played in Japan, so you need to make conscious efforts to adjust to it. The young players need to step up their game, play with more confidence, and get to a level where we can make the difference in our matches.

FP #6 Andrii BORSUK (Ukraine Beach Soccer National Team)
We are grateful to be given this opportunity to play in Japan and the warm hospitality we have received since arriving in Japan. We won the last time we played them, but 11 years have passed since then and we have realised how strong the Japanese side has become. Japan is a strong team that has reached the World Cup final, so we have prepared well and strived to play at a high level against them. I feel like we gave our all in these two matches. We are very thankful to the many people from Japan and Ukraine who came to the venue to support our team and country. Thank you very much. 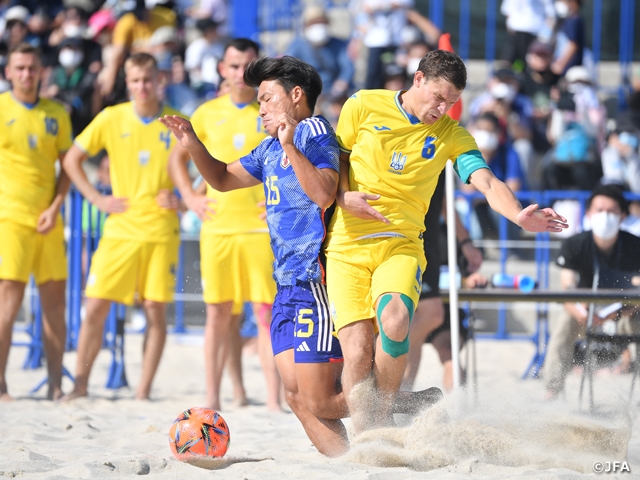