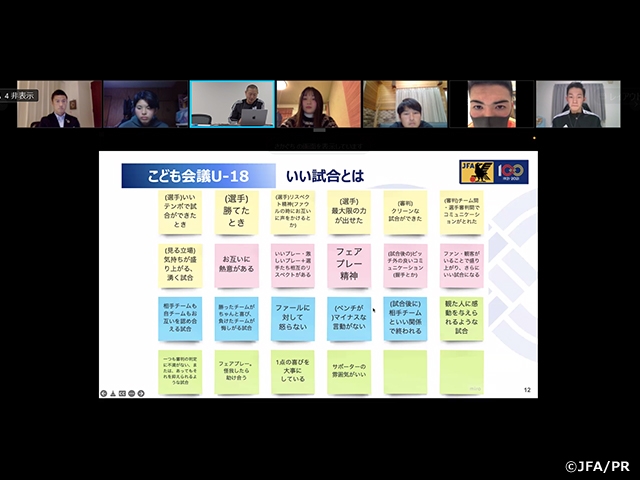 Day three of the Children's Conference U-18, where children involved in football discuss the future of Japanese football, was held online on Monday 10 January 2022, with 14 high school students taking part.

On the final day of the conference, Mr. BANDO Ryuji, a former member of the Japan National Team, joined as a special guest, as he opened the conference by saying, “It's a great learning experience for me to hear what you have to say about the next 100 years, and I will try to incorporate your opinions into my future work.”

The theme of the day was “Resolutions for the next 100 years.” To start off the day, the participants re-watched the video that was shown throughout the conference, which summarised the 100 years of JFA's history, and wrote their impressions in their chats. Each of them expressed their perception of the changes that have taken place in Japanese football from the past to the present, such as “the hard times made us what we are today,” “the gap with the rest of the world has definitely narrowed,” and “the playing environment has improved.”

They then took turns to present their own predictions about how they would be involved in football in three and 10 years’ time. For the participating high school students, they will be in their late teens or early twenties three years from now. They shared plans which included their vision to go on to universities, as they mentioned, “play football at university,” “study sports nutrition,” and “study to obtain a coaching license while playing.” In 10 years’ time, when they will be a working adult, they shared their plans to “represent Japan as a player,” “coach children with my coaches from primary school,” and “be involved in the management of clubs abroad.” 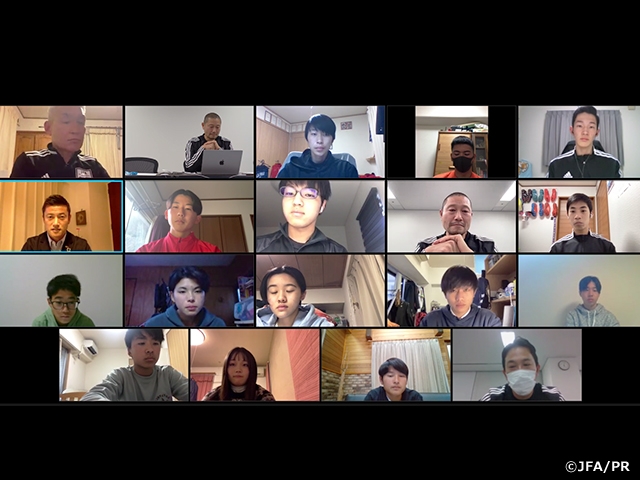 After the break the participants discussed the future of Japanese football as a whole. The participants worked in groups of three or four and presented their opinions on the topics, “Heading into the next 100 years, what kind of football life will you have? What do you want football to be like?” and “What will you do in 40 years to prepare for 100 years from now?” A discussion was then held with all the participants, in which they exchanged their opinions to formulate their resolutions for the next 100 years.

Finally, the 14 high school students who had gathered for the conference made their “resolutions for the next 100 years,” in which they pointed out the need to “make football more popular,” and “simplifying it.” They concluded that in order to further promote the game, it is necessary to increase media exposure, promote the game to younger generations, and encourage interest in the game by bringing high profile football stars to the J.League. They also argued that it is important to make the rules easier to understand in order to make the game more popular.

With the conclusion of the three-day conference, the participants said that they “had never met anyone who could talk about football with such enthusiasm,” and that they were “sad to see the conference end and wish to stay in touch with everyone through SNS.” Mr Bando also commented, “I hope we can build a football community where everyone can share these opinions.” 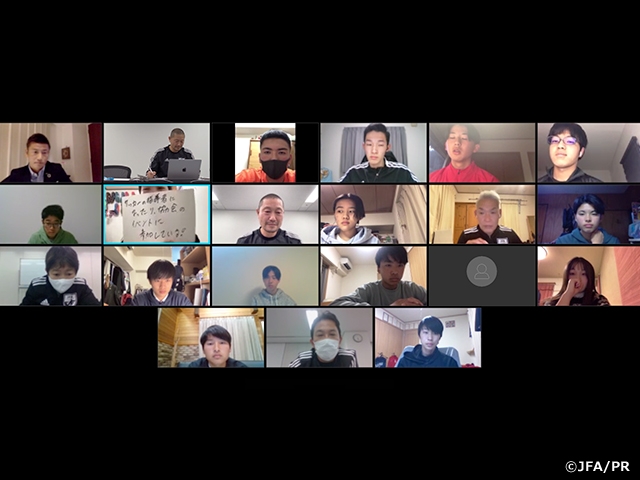 SAKAGUCHI Atsushi, JFA Sports Managers College (SMC) Director
I am sure that all the things that were said over the three days, and the final resolutions and recommendations will be shared with JFA President TASHIMA Kohzo, and I hope that the detailed opinions and suggestions that you have given will be reflected in the future plans.

NAKATA Yasuhito, Tokyo Football Association Technical Committee
Thank you for joining us for the three sessions of the Children's Conference. With the conference being held online, I was wondering how it would go, but it was a lot of fun.

BANDO Ryuji, JFA SDGs Promotion Team/JFA Athletes Committee
It was great to hear the opinions of the young people and I hope we can build a football community where everyone can freely express their opinions. I was reminded that football is a “language,” and having such a serious discussion about football and the future, it made me feel that football is an incredible sport. We all have to think about how we can make Japanese football stronger and better from our own perspective. Let's keep working together to make the football community a better place, while cherishing each day, being cheerful and energetic, and having fun in the process. 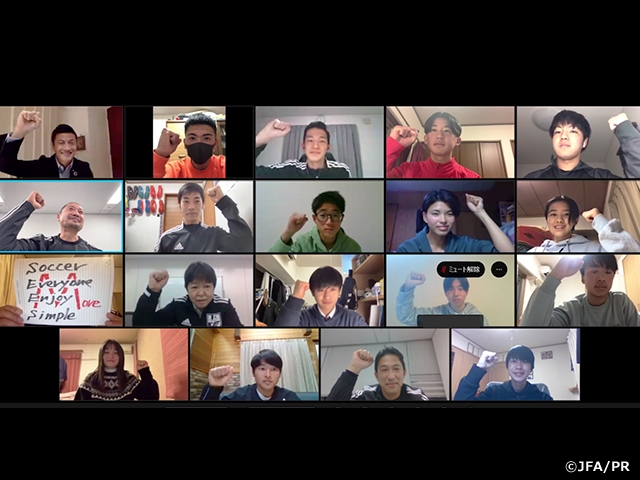 SUGIYAMA Yuto (Third grade of HS)
I like playing football, but I didn't have anyone close to me who was passionate about the game as much as I was. Here I learned that there are enthusiastic people with different goals, such as players, trainers, referees, and coaches, who all have different perspectives of the game. It was great to be able to talk directly to the President and experience things that we don't normally get to do.

KAGAWA Toki (First grade of HS)
It was nice to be able to talk passionately with everyone about the past, the present, and the future of football. We were also given the opportunity to speak with Mr. Bando on day three. Even though I was the youngest among the participants, everyone was very kind and I enjoyed participating in this event. I hope to stay in touch with everyone here. 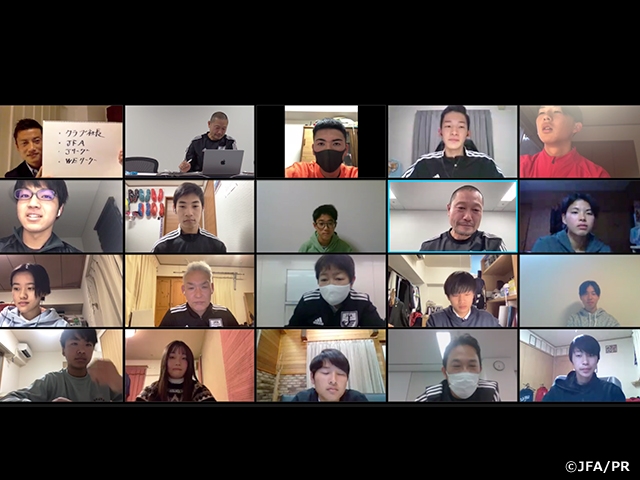