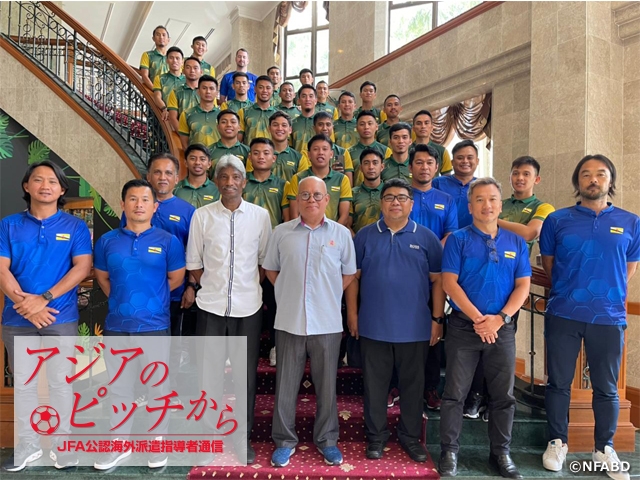 I belong to the Technical Development Department, which consists of five units: national team, youth development, coach training, women's football, and grassroots. In my first year, I served as the Youth Development Officer, as well as the GK Coach of Brunei Darussalam National Team and U-15/U-18 Brunei Darussalam National Team. Last year, I was appointed as the Head Coach for the JENESYS Japan-ASEAN U-18 Men Football Tournament (withdrew from the tournament due to the spread of COVID-19), Assistant Coach and GK Coach of Brunei Darussalam National Team, while also being named as the Head of National Teams Unit in September. I also supervise and create programmes for activities carried out by the grassroots and women’s football units and serve as an instructor for the NFABD licence course. I have been adding new positions to my resume each year, and the challenges provided by NFABD have made my job worthwhile and given me a sense of responsibility. In addition to team training, my main task as the Head of National Teams Unit involves many of the managerial duties (scouting of national team players, creating rosters, scheduling, reservation of accommodation and transportation, budget management, inventory management, etc.). 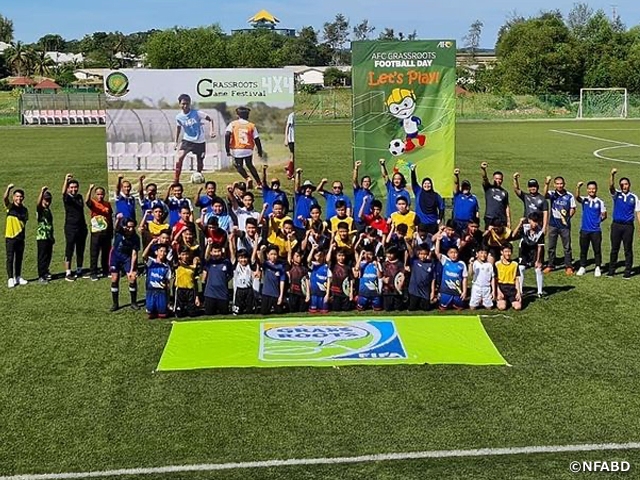 Football environment under the corona-pandemic

Due to the spread of COVID-19, all domestic football activities were forced to be cancelled in mid-March 2020. However, with the government’s infection control policy being lifted in stages, activities up to five people were permitted from July and activities up to 15 people were permitted from September. Although all domestic league matches were cancelled, by following the guidelines set by the government, we were able to hold four mini-camps for the national team between September and December. Since 7 May 2020, there have been no new cases of COVID-19 in Brunei, as all new cases have been imported cases.

This year, Malaysian coach Mr. Datuk K. RAJAGOBAL has been appointed as the Head Coach of Brunei Darussalam National Team, and a training camp was held in January 2021. After all restrictions on football activities were lifted in March, the national team held a training camp to prepare for the AFF Suzuki Cup qualifiers where they played a training match against an All Star team consisting of players from local clubs attending the AFC Cup and other players selected from the league.

The Brunei Super League and youth leagues are also scheduled to kick-off in June. It was also determined that the second module of the NFABD B/A-Licence Course will resume after the course was postponed last year. As people in Brunei are regaining their daily lives, I will continue to give my utmost efforts to support the football activities and the development of football in Brunei.