At Yurtec Stadium Sendai, Vegalta Sendai (J2) welcomed Honda FC (Amateur seed). The match started with both sides applying aggressive pressure, but it was Honda FC who grabbed the initiative of the match. In the 13th minute, HACHINOHE Yuta made a great run down the right side to collect a loose ball before sending a cross into the box. With KAWANAMI Tappei redirecting the delivery towards the goal, MIURA Masafumi converted the ball into the net to give the Amateur seed the lead. 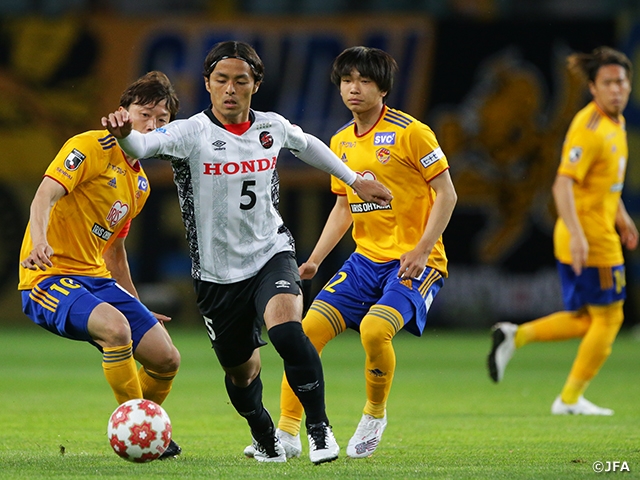 Honda FC showcased a great defensive effort to keep the J2 side at bay, while also keeping possession of the ball with their short passes but lacked quality in the final third to extend their lead. While the visitors struggled to capitalise on their chances, Sendai responded in the 32nd minute, when they exploited the open space down the left flank, sending a cross that was converted by the header of NAKAYAMA Masato to equalise the match. Just five minutes later, the home side capitalised on a counterattack, as FOGUINHO made a great run down the line to free up KATO Chihiro, who struck a magnificent shot from distance that captured the right corner of the goal to give Sendai the lead before halftime.

Sendai continued to demonstrate their superiority in individual skills in the second half. KAMADA Hiromu in particular, played with great aggression to create opportunities, as the 20-year-old also took number of shots to threaten the opposing goal. Honda FC also utilised their speed to create chances, but after both sides went scoreless in the second half, it was Sendai who claimed their ticket into the third round.

HARASAKI Masato, Coach (Vegalta Sendai)
With this being a knockout tournament, we are just glad that we managed to advance through. We changed our line-up since our previous league match, but the players proved that we could carry out the same quality regardless of who is on the pitch. We were able to execute our game plan against Honda FC and managed to win the ball in the first half. I am pleased with the way our players played today.

KATO Chihiro (Vegalta Sendai)
Facing an opponent who can possess the ball very well, we focused on our defence first. When I scored the second goal, I initially intended to pass the ball to Foguinho, but once I realised that the defenders were being drawn to him, I decided to take the chance myself. I haven’t been able to earn much playing time in our league matches, so I focused on the intensity level and quality of my plays. The fact that I was able to deliver results in a match like this gives me confidence moving forward. 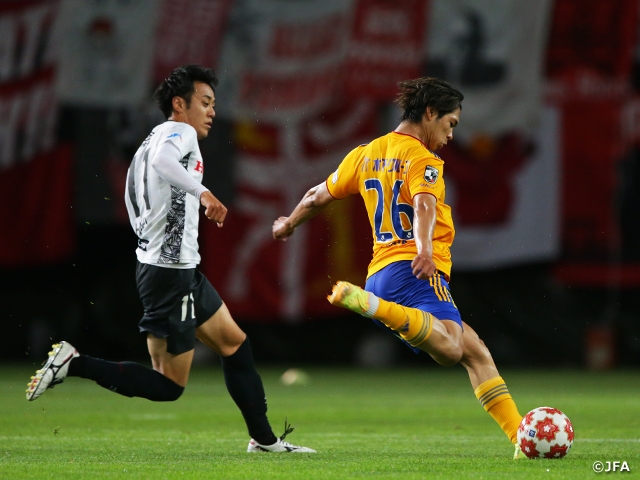 ABE Hiroyuki, Coach (Honda FC)
The players managed to maintain good distance between each other, but our decisions were a bit too passive. We weren’t applying enough pressure against our opponent’s build-ups. Our passes were a tad off target, our runs were late just a step or two, and lacked dynamism on many occasions. Nevertheless, I think the players fought hard until the very end.

KUSUMOTO Yuki (Honda FC)
We are an attack-minded team, so we wanted to continue to be the aggressor after taking the lead, but we started to play a bit passively, which allowed our opponent to come from behind. Knowing that we had to attack in order to survive in this tournament, we were able to commit to offence in the second half. Although we were able to possess the ball, our opponents showcased their superiority in terms of their speed, strengths, and individual skills. 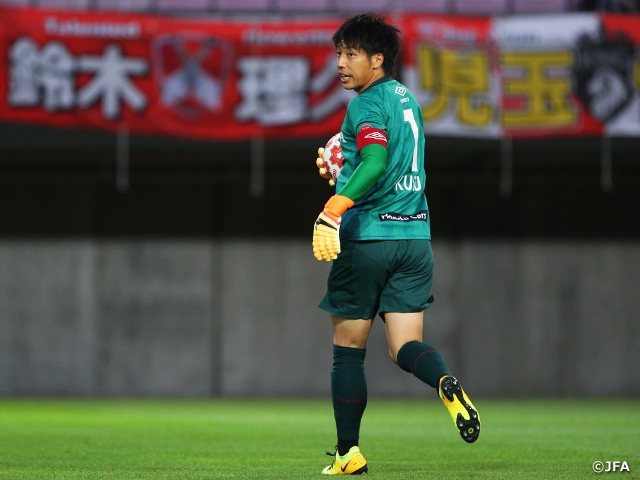