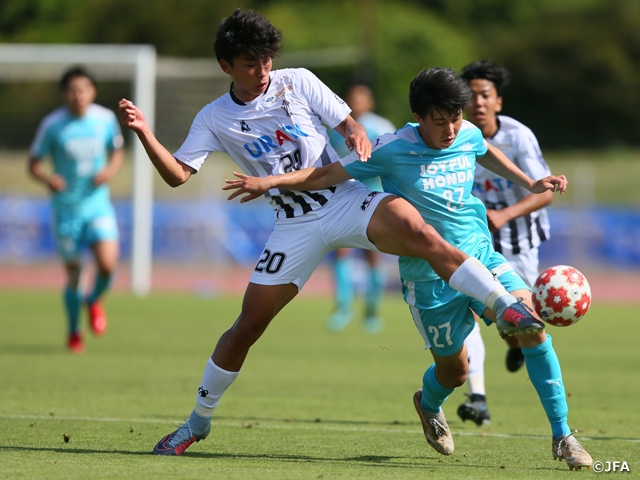 The Emperor's Cup JFA 102nd Japan Football Championship saw 15 first round matches played across the country on Sunday 22 May, with 24 teams advancing to the second round.

At Hitachinaka City Stadium, University of Tsukuba (Ibaraki) and Briobecca Urayasu (Chiba) played. University of Tsukuba, riding on the back of a strong tailwind, actively fed the ball to the front line and took the lead in the 18th minute. The goal came when SUMI Koshiro received a through ball in between the defenders, before making a swift turn to strike a right footed shot into the corner of the goal. 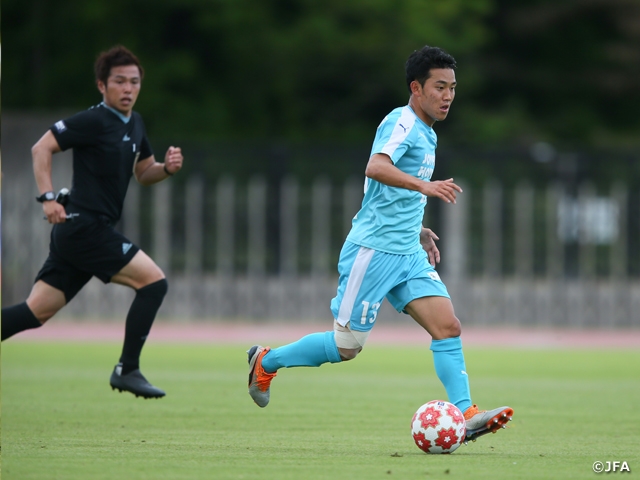 Playing almost in a five-back formation, Urayasu gradually regained their composure, delivering early crosses to setup their offence. In the 42nd minute, HASHIMOTO Ryoma struck a shot that almost captured the left side of the Tsukuba goal. With their full backs starting to take higher positions in the second half, Urayasu created even more opportunities, including the shot taken by MINE Hayato, which struck the goal post. Using their substitutions, the Chiba side continued to press forward, and their persistent efforts finally came to fruition in the 75th minute, when the early cross delivered by KOIZUMI Ryuto took a deflection off a defender and ended in the goal. 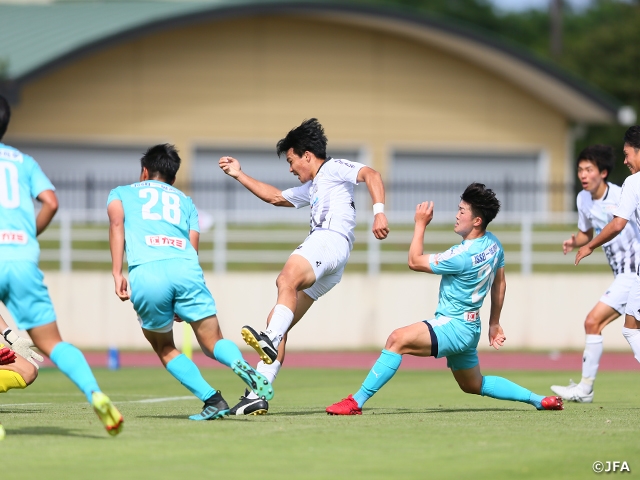 Gaining momentum from the late equaliser, Urayasu took the lead in the first half of extra time, as INOUE Shotaro made a tenacious effort to chase down a pass and convert the opportunity.

After taking the lead, Urayasu utilised their substitutions to defend their lead, but the university side did not give up until the end. In the 115th minute, WADA Hagumi struck a shot that captured the far side of the goal to send the game into penalties, where University of Tsukuba’s goalkeeper TAKAYAMA Shioki made a brilliant save to send the university side into the second round. 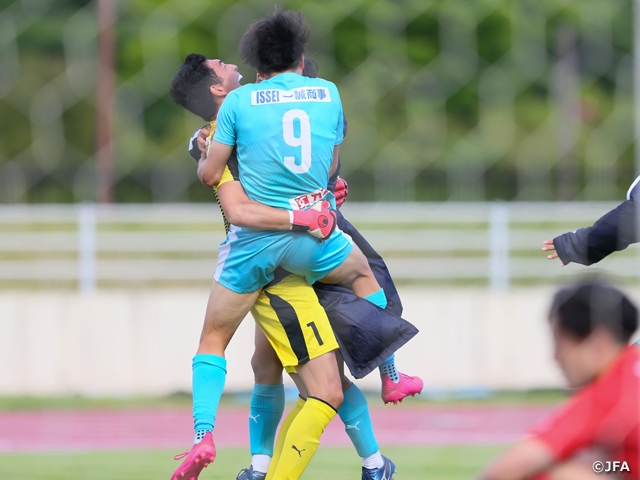 KOIDO Masaaki, Coach (University of Tsukuba)
The Emperor's Cup is a very important competition for university players. It gave them a chance to play a serious match against a very good team, which was a great learning experience for them. Our opponents were very good at managing the game and we always had the feeling that something was going to happen even when we had the lead. Led by the team captain KURIHARA Shusuke, we have built a team that can fight as a team, a team that consist of 185 players, which allowed us to fight hard until the very end.

WADA Hagumi (University of Tsukuba)
As a forward, I entered the match determined to score a goal. In the scene where I scored the equaliser, I remembered having regrets after deciding to deliver a cross in a similar situation at this filed a while ago, so I was fully committed to take a shot this time. Our goal for this tournament is to defeat a club from the J.League, so we are very excited to face Kashiwa Reysol, who consist of former players of our university and my friend MORI Kaito. We hope to showcase a performance that can surprise everyone.

TSUNAMI Satoshi, Coach (Briobecca Urayasu)
We were hoping to defend the lead at the end, but we didn’t have what it takes to win the match. The players of University of Tsukuba showcased great techniques, and even though we fought very patiently, the match turned into a see-saw game, especially with the strong wind blowing. We had plans to defend our lead at the end, but our opponents proved that they were better than us today.

HASHIMOTO Ryoma (Briobecca Urayasu)
Even though this is a knockout tournament, we didn’t want to change our playing style. Despite conceding the opener in the early minutes, we managed to regain our composure to play our game. Once we took the lead in overtime, we had players cramping up after we used our substitutes, and I was not able to take control of the game, which led to us conceding the late equaliser. Our goal is to get promoted to the JFL, so we need to improve our defence and become a team that can win matches like these.