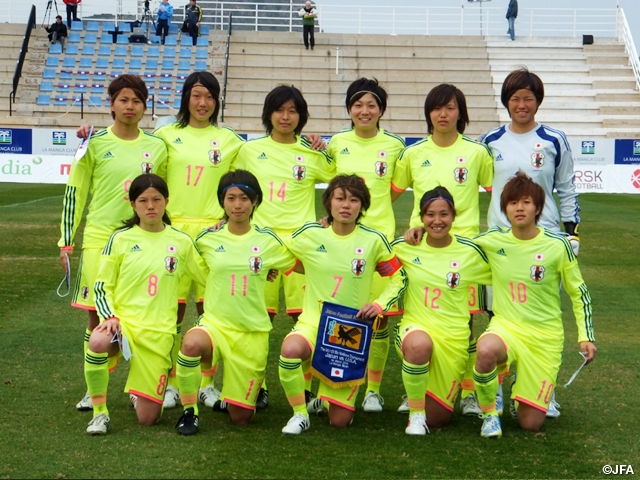 The Japan women’s U-23 side fell 1-0 to their American counterparts in their opening match of the Women’s U-23 Six Nations Tournament at La Manga, Spain, on Saturday.
After a goalless first half, the young Japanese side fell behind in the 56th minute through Kealia Ohai.
Japan, guided by Nakamura Jun, who is assistant to Nadeshiko coach Sasaki Norio, brought on different players as they tried to rally but they couldn’t produce a goal.
“We lost today but saw many positives in our performance,” said Nakamura. “We stayed fairly compact in defense and held the ball in attack. But we lacked finishing. We’ll work on our game before our next match.”
Japan will next play Norway on Monday and England on Wednesday.