On Saturday 3 December, two days ahead of their Round of 16 match against the Croatia National Team at the FIFA World Cup Qatar 2022™, the SAMURAI BLUE (Japan National Team) held a training session at their base camp in Doha.

Following their win over Spain on Thursday, which saw the team clinch the top spot of Group E, the team took a day off on Friday to recover from the series of matches played in the group stage.

SAKAI Hiroki (Urawa Red Diamonds), who had been training separately due to discomfort in his left leg, was spotted training with the team, but KUBO Takefusa (Real Sociedad) remained at the hotel after feeling under the weather.

During the first 15 minutes, in which the session was open to the media, the players were seen going through their warmup routine before engaging in agility and passing drills. The three goalkeepers trained with GK Coach SHIMODA Takashi to go over their body movements and catching skills to work up a sweat. 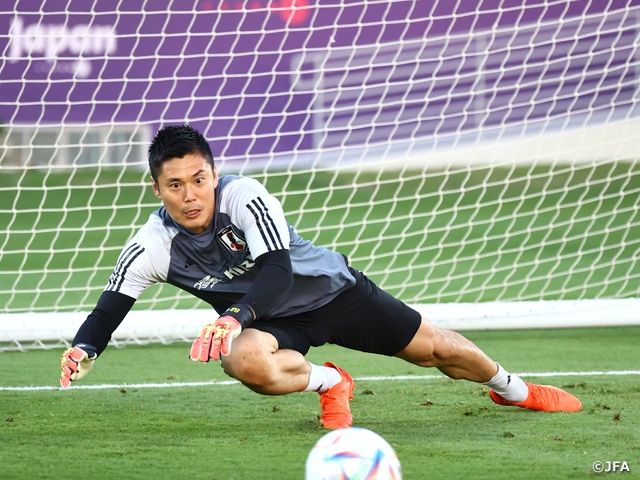 Having reached the knockout stage for the fourth time, Japan are one win away from achieving their goal of reaching the top eight.

“We have earned ourselves a chance to make history,” said SHIBASAKI Gaku (CD Leganes), one of the players who experienced the Round of 16 defeat to Belgium at the 2018 FIFA World Cup Russia™. “The players are all extremely motivated to reach our main objective. No one is becoming complacent,” said the veteran midfielder, as he also stressed that, “We are not here to redeem ourselves. It's a new challenge.”

This time, Japan will face Croatia, the runners up of the 2018 FIFA World Cup Russia™, in the Round of 16 on Monday 5 December. Croatia drew 0-0 with Morocco and Belgium while defeating Canada 4-1 to finish second in Group F with one win and two draws.

DOAN Ritsu (SC Freiburg), who scored against Germany and Spain, commented, “Of course I am happy with my goals, but rather than the personal achievements, I am more motivated to advance through to the quarterfinals as a team.”

The 24 year-old midfielder continued by sharing his determination for the match, saying, “The wins over Germany and Spain have given us a lot of confidence. The whole team is fired up and ready to put their bodies on the line.”

ITAKURA Kou (Borussia MG) will not be available for the next match after picking up two yellow cards in the group stage, but shared his confidence towards his teammates, “I have no doubt that we can make it (to the quarterfinals). I believe that everyone on this team will do their best, so I want to support them the best I can.”

TANIGUCHI Shogo (Kawasaki Frontale), who played against Spain and contributed to the team’s victory as one of the three centre backs, stressed the need to “recover and prepare for the next match.” The defender who made his World Cup debut in the previous match continued by saying, “We are capable of showing a strong performance regardless of who is on the pitch. We are given the opportunity to rewrite history, and everyone is determined for this match.” 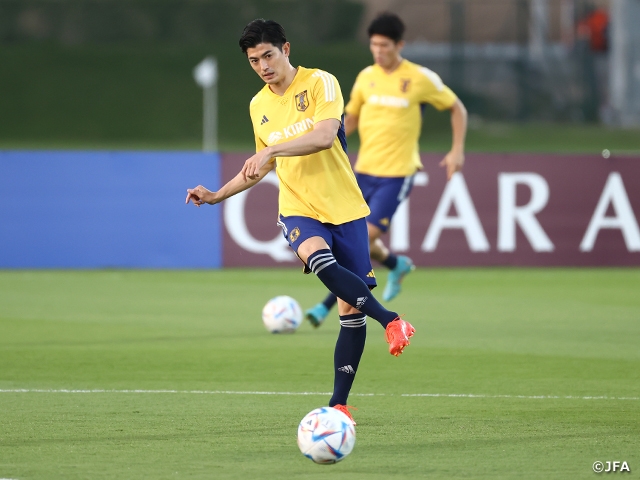 The team will hold one last training session on Sunday 4 before facing Croatia on Monday 5. 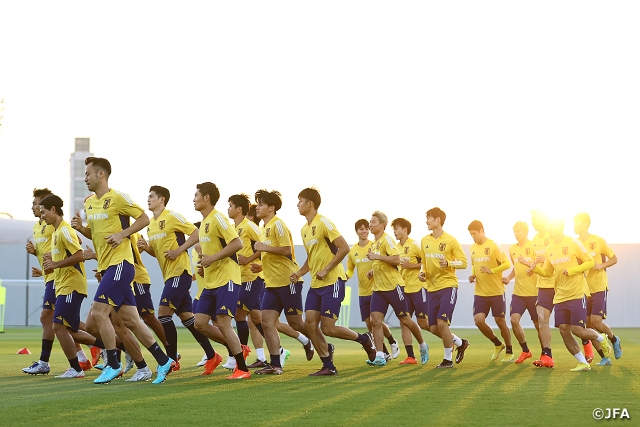