Honouring the victor amidst tragedy - Always have respect Vol.108 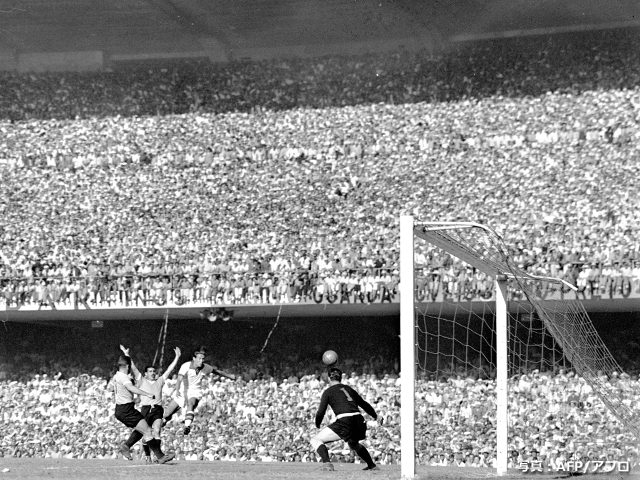 Mr. SAWADA Hiroaki, born in Yamaguchi in 1955 and grown up in Hiroshima, moved to Brazil in 1986, where he currently works as a sports journalist in Sao Paulo. Among many books on football published in Japan, one of my favourite was written by Sawada-san, titled “Maracanaco - The Biggest Defeat of World Football History,” published by Shinchosha in 2014.

In 1950, the Brazil National Team suffered a tragic loss at the “Maracana,” the largest football stadium in the world. With the World Cup title on the line, Brazil allowed Uruguay to come from behind and lost the match 1-2. This defeat was a tremendous shock to the nation that some described it as "Our catastrophe, our Hiroshima". Sawada-san spent 20 years researching this match, resulting in a gem of a book. Why do I like this book so much? Because it tells wonderful stories of respect.

Estimated 200,000 to 230.000 fans packed the Maracana Stadium expecting to celebrate Brazil's first World Cup triumph. However, despite only needing a draw to claim the title, the “Selecao” (Brazil National Team) failed to take advantage of their commanding position, and the tragic result left many fans cry loudly in the stands.

That evening, the Uruguayan players were ordered by their association officials to stay in their hotel rooms to recover from the match, because they were “in danger of being attacked by angry Brazilian fans.”

However, their captain, Obdulio VARELA, ignored the order and went out alone that night. He entered the only restaurant open in the plaza near his hotel. There were several groups of customers in the restaurant, talking about the match and complaining about their team's defeat.

Varela was sitting alone away from them, drinking a beer, when a young man approached him and asked, “You're the captain of the Uruguay National Team, aren't you?” Bracing himself to get pummelled, Varela nodded. But what came out of the young man's mouth was something he did not expect to hear.

“You are an incredible man. You put your body on the line to stop the Brazilian attacks while continuing to inspire your teammates. You fought not only against the Selecao, but also against the whole crowd in the stadium. Of course, we were all shouting at you. We hated you. But deep down, we knew how brave you were. ... Uruguay won because of you and the Selecao lost because they didn't have a brave man like you. ... I am really gutted and ashamed that the Selecao lost. But you did really great. Congratulations.”

Varela shook hands with the young man, who then hugged him tightly from behind. Valera felt the man sobbing behind his back.

Eventually, one by one, the other customers stood up and congratulated Varela on his victory. Varela then moved to their table and talked with them until dawn, writes Sawada-san.

Varela's decision to violate the team's order to go out that night was motivated by a scene that he saw after the match. As he led the Uruguayan players circle the pitch with the Jules Rimet Trophy in his hands, the Brazilian crowd applauded them despite shedding tears of despair. No one was there to jeer at the Uruguayan players.

Sawada-san spent 20 years travelling around South America and Europe, gathering all kinds of materials to write this book. His initial motivation was to explore the essence of the “tragedy” that is still being told and remembered half a century later, and to discover what it means to be Brazilian, but he became fascinated by the new facts and episodes that emerged one after another. He started writing the book with the hope “to let the Japanese people know the beauty and cruelty of football through these stories.”

This episode of Varela and the Brazilian fans is just the tip of the iceberg, but I would like to express my deepest gratitude to Sawada-san for sharing such a wonderful story.