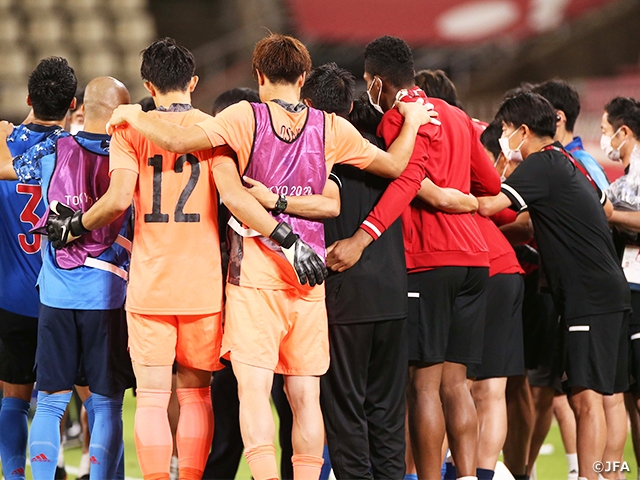 The Games of the XXXII Olympiad (Tokyo 2020), held during the Covid-19 pandemic, concluded on 8 August 2021. It was an event held under very special circumstances and I am sure that not only the athletes, but also the officials and volunteers who made the decision to take part in the event had a lot on their minds.

When I was involved in the Olympic Games about ten years ago, I was surprised to discover that there were far more people involved than any other international events I had ever attended. In particular, I remember the large number of volunteers who supported the event and the kindness they showed us. We were also warmly welcomed by the general public who were not directly involved in the event. Even if you have minor problems while you are there, they turn out to be good memories. Whether young or old, men or women, interested in sport or not, they all seemed to be proud of their country and enjoyed being part of the event. I was touched by how much you can connect with people through sports.

I remember going to one of the venues and being so impressed by the quality of their work. I didn't know who had been involved in the preparations, but without any explanations I was able to imagine how the preparations had been carried out before that day. Just thinking about their efforts gave me strength. It's not just the athletes who are putting in the work, but everyone involved is working tirelessly to prepare for the event. There were no words, but the spirit of the people involved gave us strength.

The Olympic Games in Tokyo was held under special circumstances, with limited number of people involved, and the athletes had to spend their daily lives under various restrictions. Given the current state of society, it is quite understandable that the athletes have to live under restrictions in order to participate in the event, and it is also understandable that they have mixed feelings about their decision to participate under these circumstances.

Since there were no spectators travelling from abroad and most of the events were held without spectators, it may have been difficult to get a feel for the Olympic atmosphere. However, from the sincere attitude of the players, who gave their utmost effort, and from the interviews of the players at the end of the games, it was evident even through the screen that many of them were thinking of people outside their immediate circle more than usual.

“Participation is more important than winning” does not imply that it is enough just to be there. It's about doing your best in the moment, and in life, it is not about the success but the effort you make to achieve it is what matters. That is why the quote is followed by “The important thing is not conquering but fighting well.”

I was impressed by the way the athletes gave it their all in the competitions, even though they had a lot on their minds. Whether they succeeded or failed, we saw mutual respect for each other and for their colleagues who had given their best efforts. It was a very natural and beautiful scene. I think that the way the players were able to express themselves in such a natural way was greatly influenced by the way their coaches and friends interacted with them on a daily basis.