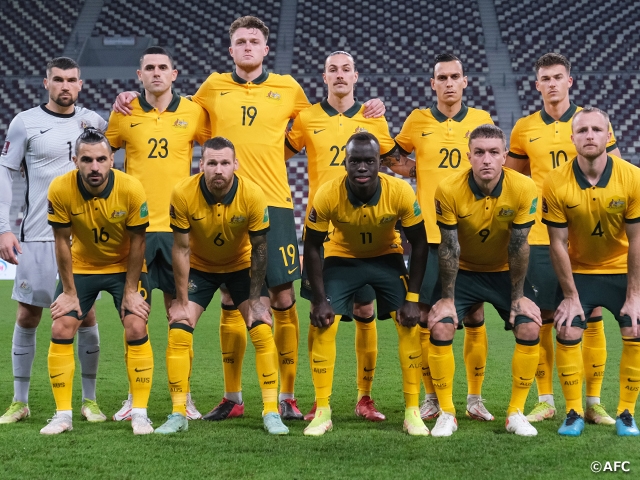 Australian football may be the most affected by the spread of Covid-19 among the Asian powerhouses. Due to the strict quarantine period after entering the country, it was difficult to hold matches in their country, so the team held their home matches in Kuwait for the latter half of the second round of the FIFA World Cup Qatar 2022™ Asian qualifiers. They have also played their home matches in the final round (matchday 1 against China PR and matchday 3 against Oman) in Qatar. In addition, Australian clubs withdrew from the AFC Champions League.

In spite of this situation, the team has produced marvellous results at the qualifiers. Along with Japan, Australia has won all eight matches in the second round, and they have started the final round with three consecutive victories, defeated China PR, Vietnam, and Oman to extend their winning streak to 11. They have the same number of points as Saudi Arabia, but hold a better goal difference, and will enter Japan as the group leader.

For Japan, Australia consists of many familiar faces. Coach Graham ARNOLD, who has played and coached in the J.League, was teammates with coach MORIYASU Hajime of the SAMURAI BLUE (Japan National Team) during his time at Sanfrecce Hiroshima. In the last three matches, Cerezo Osaka's Adam TAGGART has been used as the lone striker, with Mitchell DUKE (Fagiano Okayama) coming in to replace his position midway through the second half. Duke has made a strong case for himself by scoring goals against China PR and Oman in this final round. Midfielders Tomas Rogic (Celtic FC/Scotland) and Ajdin Hrustic (Eintracht Frankfurt/Germany) are also no stranger for Japan, as they are teammates with FURUHASHI Kyogo and KAMADA Daichi respectively. 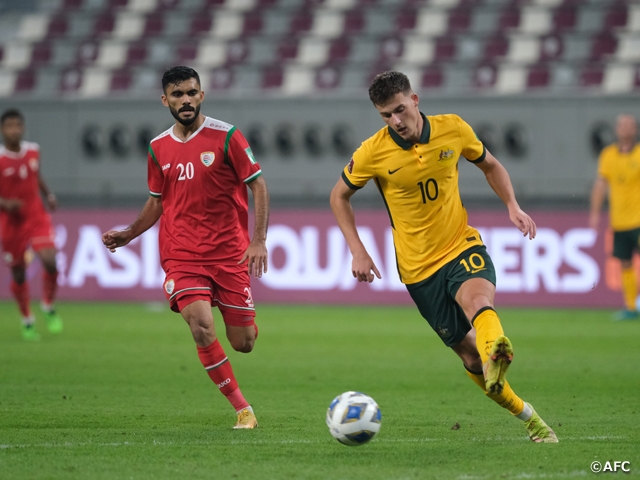 On the other hand, the two players who are less familiar to Japan but are making their presence felt in the qualifiers are left-winger Awer Mabil (FC Midtjylland/Denmark) and centre-back Harry Souttar (Stoke City FC/England). Mabil, who has roots in South Sudan, scored the first goals in the matches against China PR and Oman. Souttar, who also participated in the Tokyo Olympics with Arnold's team, has scored six goals in eight international A-matches until the match against Oman. All of the goals have been scored with a header, taking full advantage of his height of 198cm. 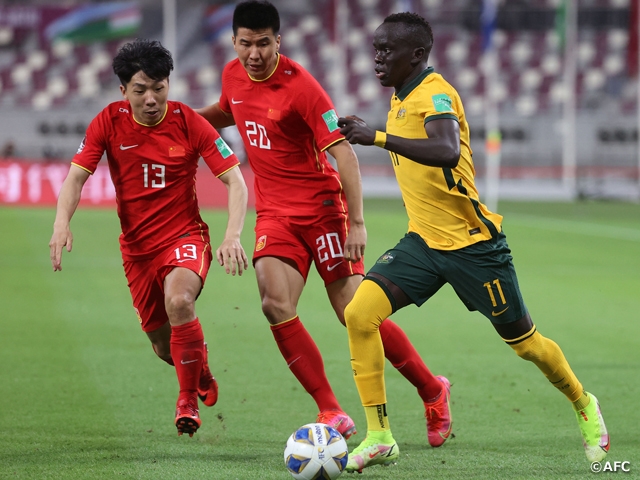