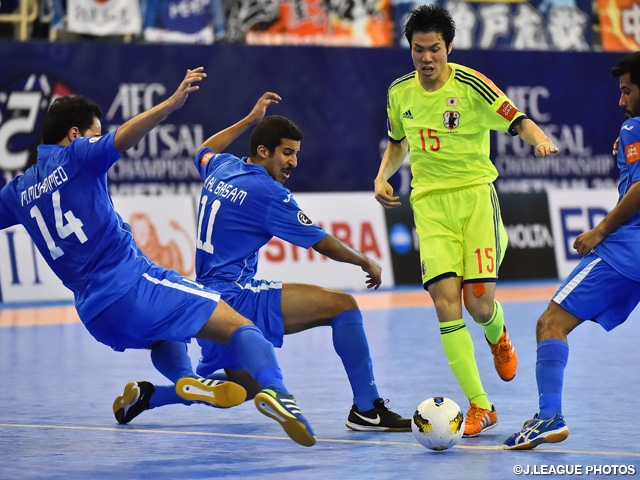 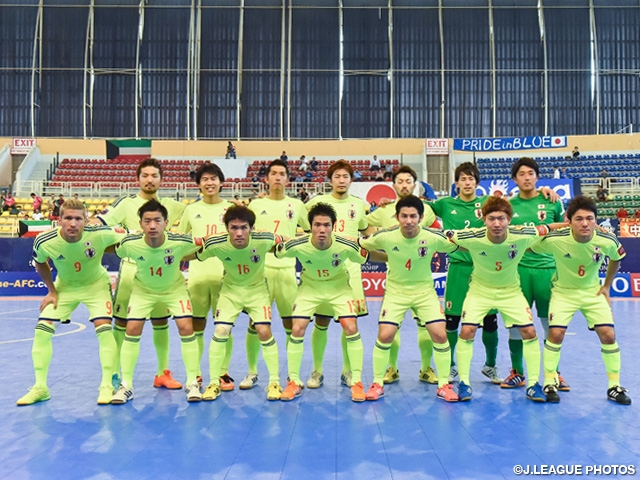 The Japan national futsal team, who had beaten the strong Thailand squad in the quarterfinals, spent their limited time until their semifinal match on the following day for recovering from their fatigue while relaxing, taking baths among other things. Japan had played against Kuwait in the semifinals in the Asia Indoor Martial Arts Games last July, and although they beat the opponents, they struggled against Kuwait's power plays. The Kuwait is led by a Spaniard head coach as Japan, and they are expected to come against their opponents using a variety of tactics.
Japan entered the game as they have always played – get their own rhythm by their defense in the front end and try to possess the ball longer offensively as the players support with others in short distances and make a lot of off-the-ball moves.

Five minutes into the game, Inaba ran into a wide space and scored the first goal of the game for Japan. But they could not add another and allowed Kuwait to tie from their signature formation that Japan were cautious with, and entered the halftime with a 1-1 score.
During the halftime, Japan head coach Miguel told his players that they were a little too passive to protect the goal they scored and look ahead for attempting to score more goals. Retrieved by that message Japan retrieved their game and Minamoto quickly netted a goal just one minute into the second half, and then Inaba added another, which was his second goal of the day, a minute later, to widen the lead with Kuwait.
Kuwait then got their backs up against the wall and came at Japan with power plays. But Japan composedly took care of that and added two more goals by Osodo, who took advantages of the opponents' mistakes on 24th and 27th minutes. On 29th minute, Hoshi secured the win for Japan by netting the team's sixth goal. The final score was 6-1 and Japan have now advanced to the championship match against Iran for their second straight tournament title on the 10th May.

Miguel Rodrigo,Head Coach
I knew that we were more deserving for the win right after we entered the game. We ended the first half in a tie, and the game was very strained and was the kind of a game that made the players nervous, so we talked to the players to relax their minds in our dressing room during the halftime. We are a team that have tried to focus more on defense, but I talked about what we had to do offensively in order to win and how we had played. As the result, we retrieved our futsal and put up a totally different game. The two goals we scored right into the second half put us in a lot better situation and we ended up playing as planned. And as we expected, our opponents came with power plays, but that is something we had analysed they would do on our scouting anyway. After all, we put up perfect defensive performance while we added three more goals to clinch the win. I would like extend my biggest respect for the Kuwait team who are led by Lois Fonseca for gave their best against us until the end. Now we have the final game. We want to give the players some rest first, and then will focus on beating Iran, who are strong opponents.

SATO Toru(Umacon Zaragoza Futbol Sala)
First off, I am pleased that we have made it to the final. We are one win away from our goal. Throughout the tournament, we have ad so many occasions that we struggled, but every time our players helped each other and it made it possible for us to come all the way here. I think that our team is developing more as we played every game, and the mood on this team is great as well. I know that the final game will be a very tough game, but as we have always done, we are just going to play being united as one, believing in what we have done and exhibiting the power of playing as a team.

NISHITANI Ryosuke(Deucao Kobe)
We were able to win the semifinal match and earned the spot in the final. In the semifinals, we entered the second half in a better fashion. Our defense did not give our opponents clues on their offense, robbed the ball to get some rhythm and aimed at their goal with courage and force. That, as a result, gave us those scores and outcome. It has not been easy for us, and in fact, we have struggled, but we have overcome adversities every time as the whole team. We want to have a better preparation in order to have the best result in the final match.

UCHIMURA Shunta(Shonan Bellmare)
We beat Kuwait 6-1 and got one more to go. We will be number one in Asia, enjoying the stage of the final. As we succeeded our senior players of the past who had led the Japanese futsal, we want to make history with this great group. If I am given a chance to play in the game, I would definitely like to have fun in it. For the whole futsal circles, we want to put up the best performance we can.

WATABANE Tomoaki(Nagoya Oceans)
We win in the Kuwait game, we clinched the final. Now we have one more win to complete consecutive titles in the AFC Championships. As we have come all the way struggling, we have improved as a team. Personally, I have lost to Iran both in the Asia Indoor Martial Arts Games and AFC Futsal Club Championships, so I want to definitely defeat Iran and win the championship. After the (semifinal) game, we went out for meal along with the entire team and raised our motivation for the final game. We will rest our bodies well, and hope to go all out from the kick-off in the final. 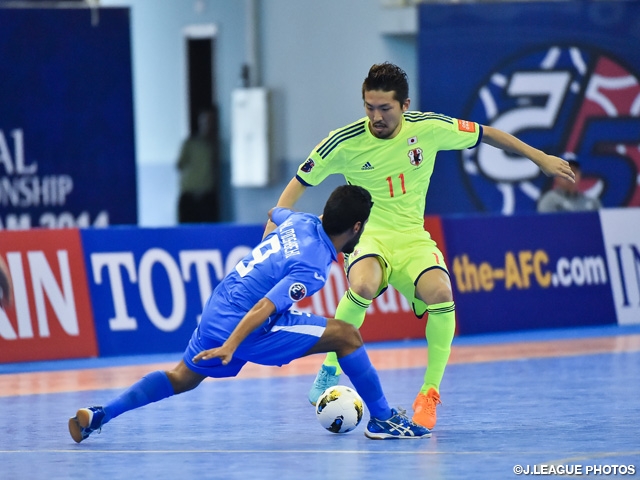