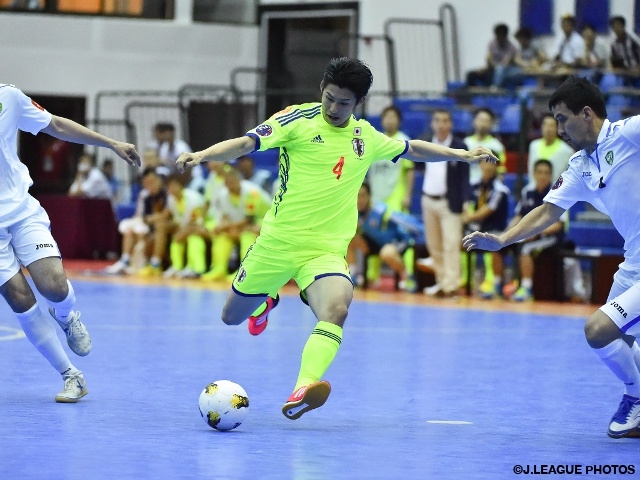 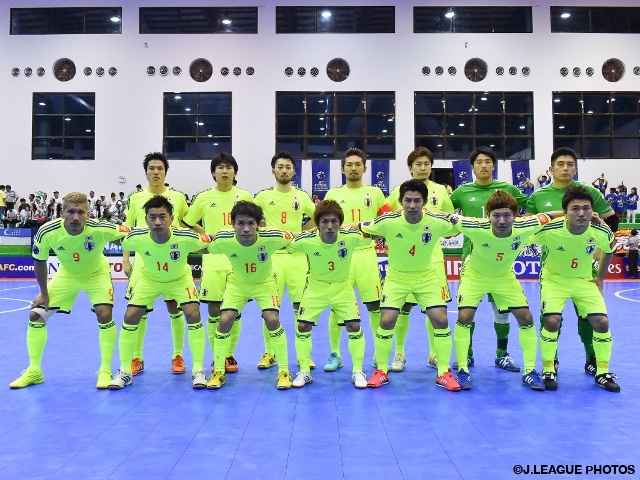 Japan took on the Uzbekistan National Team in the second match of the group stage.

The team had a film session before lunch where they input the scouting report on the Uzbekistan National Team.

The kick-off time was 6:30 pm. Japan came out strong and dominated early in the match. As they did against Korea Republic, they put the defensive pressure high in the pitch and didn't allow Uzbekistan to start their attack. But Japan couldn't materialise the dominance into a goal for a while and the deadlock started to make Japan a bit impatient. Although at the 9th minute Nishitani converted a kick-in to a goal, Japan failed to boost the momentum as they allowed a goal one minute later. After all, Japan could not solve Uzbekistan's defence and the first half ended 1-1.

With seven seconds remaining in the match, just when everyone could see a draw ending, an Uzbekistan's long feed up front led to a header, which found the net of Japan's goal. Japan's attempt to tie the match with FP Osodo subbed in as GK for a powerplay fell just short. Japan lost the match 1-2.

Miguel Rodrigo, Head Coach
The result is disappointing, but we played an outstanding match. Especially in the first seven minutes of the match, we dominated and scored a goal. Uzbekistan was very defensive deep in their half with the zone defence around 15m line. We couldn't break it down. It was very difficult. It's true that their GK made surprising saves. It's true that they took advantage of the two mistakes we made for their two goals. We beat Korea Republic 12-0, and I was concerned that the lopsided win may disrupt our normal style of plays that we were supposed to keep playing. I don't see this loss as all negative, because this loss woke us up and we could regain our style of plays. The next match against Kyrgyz Republic is like the final match for us. We have to win this match no matter what. As the defending champion in Asia, we want to show we can play through the adversity.

HOSHI Shota（Bardral Urayasu Futbol Sala）
It was totally different from the match against Korea Republic.It was a very tough match. This match made us realise that winning in Asia is nothing but difficult. It gave added motivation to us, our new Japan team. But we have to accept this loss as it is. We have to correct what we have to correct, believe in ourselves, and adjust our style of futsal to this tougher competition in Asia.

NISHITANI Ryosuke（Deucao Kobe）
We played against Uzbekistan in the last year's Asia Indoor Games. I could visualize them on my mind. They set up solid defence in their half, and we couldn't find where to break it down. But we could score the first goal from a set-piece. That's our strength so it was good that we got a goal by that. But we allowed a goal right after that. We couldn't keep our composure. Any match has some tough moments or irritating moments, so we learned from this match that we have to be mentally strong to be able to play through those moments and regain the momentum. We have only the Kyrgyz Republic match left in the group stage, but in a match like that the true characteristics of a team gets exposed. We will do our preparation to get united as one team and play for our goal.

WATANABE Tomoaki（Nagoya Oceans）
We ended up losing this match against Uzbekistan. If this were the last match in this tournament, we should just be disappointed so much. But we still have one more match in the group stage. If we win that match, we can advance to the knock-out stage. We had a great match against Korea Republic and a disappointing one against Uzbekistan. We will put out everything we have against Kyrgyz Republic and play to win out of the group stage. We will win everything from now on to the championship so that we will be able to say this loss gave us a boost. We all change our mindset and get prepared for the next match.