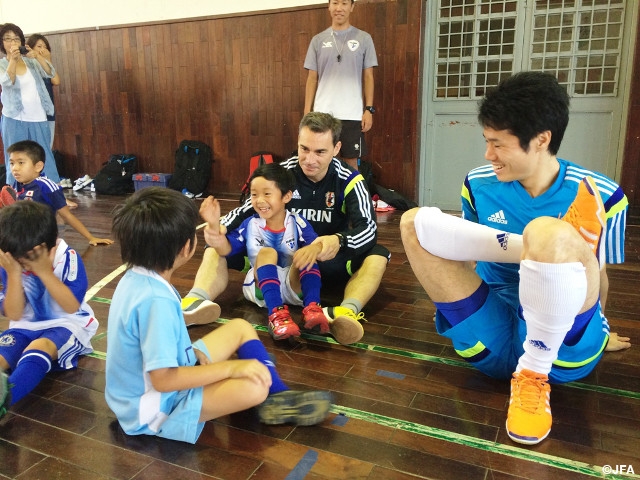 Futsal Japan National Team, fresh from two matches in the group stage, paid a visit to a local Japanese school, where the players were greeted with cheers from 60 pupils.

As they were still recovering from yesterday’s match against Uzbekistan, the players were joined by staff, including coach Miguel Rodrigo, in some stretches and games with the children. The players showed some of the pupils, who were not quite sure, how to stretch.

In the end they divided into two groups and played matches in the gymnasium and in the school grounds – naturally, they all wanted a kick about. There were smiles all round, and the players were refreshed and ready for the Kyrgyz Republic match. 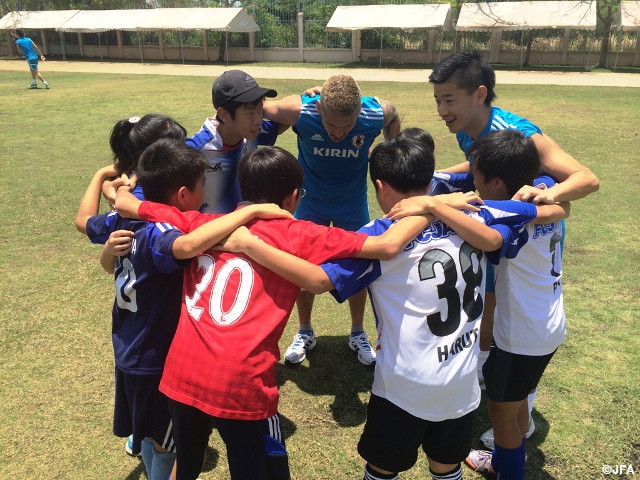 INABA Kotaro (Bardral Urayasu Futbol Sala)
Today we went to the Japanese School in Ho Chi Minh City and I had a great time kicking the ball around with the children. As the Japanese School is close to where I used to live when I played for Thai Son Nam in Vietnam last year, it really took me back and I felt very refreshed. I think yesterday’s defeat was the kind of challenge that comes before greater success. I will focus entirely on the Kyrgyz Republic match, believing that we can win the championship when we pull through together.

SATO Toru (Umacon Zaragoza Futbol Sala)
I felt really re-charged after today, enjoying myself spending time with the children at the Japanese School in Ho Chi Minh City. It is true that yesterday’s loss makes it difficult for us to get through the group stage, but we will overcome adversity as a team. Tomorrow I will play the last match of the group stage, as if it were the final.

FUJIWARA Jun (Bardral Urayasu Futbol Sala)
Today we went to the Japanese School for an event with the pupils. I felt very refreshed after spending time with the children, especially after yesterday’s defeat to Uzbekistan. Tomorrow will be the last match of the group stage against Kyrgyz Republic. It will be a challenge to see whether or not we can go through to the next stage. But with the entire team working together, we will win the match. 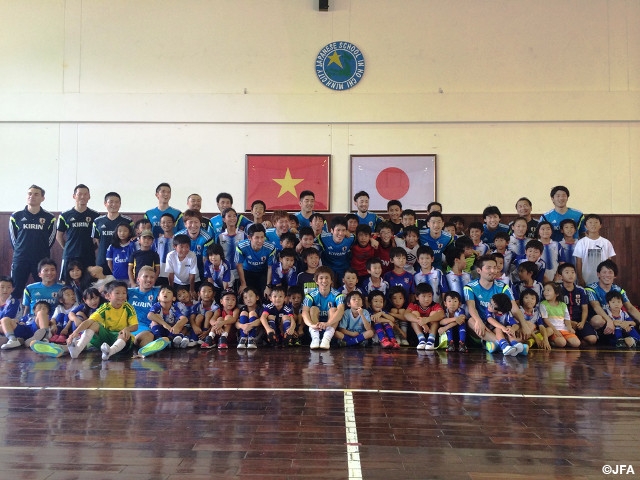