What matters most - Always have respect Vol.111 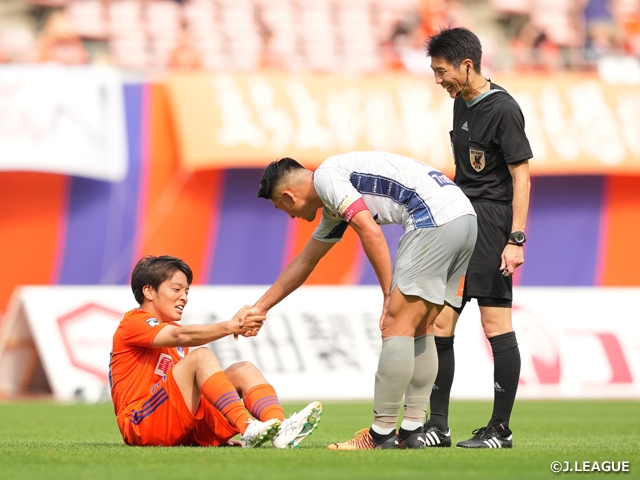 “Dear God, we are not here to pray for our victory, but that neither we, nor our opponents, will be injured in this match.”

I have quoted this prayer in various other articles in the past, and I believe I have introduced it in this column four years ago, in the June 2018 issue.

I have been involved in football as a journalist for almost half a century now, and I have never come across more beautiful and important words for football than these. So I will continue to introduce them as often as I can.

I first heard this prayer in September 1983. I was in Porto Alegre to cover the Brazilian club Gremio, who were coming to Japan for that year's Toyota Cup: the “de facto world championship” between the champion clubs of Europe and South America, which at the time was held in Tokyo every December.

In Brazil, matches between U-20 teams, known as “juniors,” took place as a “prelude” to professional matches. These matches were played by players who were one step away from becoming professionals.

The Brazilian development system is so competitive that it can be described as “ruthless” at times. Gremio had 50 players aged between 15 and 16, 30 players aged 17, and 30 players aged between 18 and 20, all of whom lived in dormitories. These players were always at risk of being sent back home depending on their performances in their weekly matches, so naturally they were as desperate as, if not more so than, the professionals.

The prayer in the first paragraph of this article was delivered by the team captain before such “juniors” match, just as the players were leaving the dressing room. These were not the shiny dressing rooms used by the professionals. Even though they play at the same stadium, these players were only allowed to use the secondary dressing rooms, which were more like a shed. After the coach has given his instructions for the match, the captain asked everyone to gather in a circle and have their eyes shut to deliver the final “prayer” in a quiet tone.

Expecting to hear something like “Dear God, please give us strength,” I was surprised to hear the unexpected words coming from the captain's mouth.

“… neither we, nor our opponents, will be injured in this match.” Indeed, there is no more appropriate request to God before a match than this.

In recent years, perhaps the most noticeable change in Japanese football has been in the intensity of the game. The one-on-one duels and battles to win the ball have become much more intense than before. Furthermore, from the perspective of “developing stronger players,” the referees no longer blow their whistle for marginal fouls and encourage the players to continue with their plays.

Surely, these changes are made for the right reasons, and because of it, we see more players in the J. League trying to stay on their feet and carry on with their plays even after receiving a rough tackle. Compared with the match-footages from about five years ago, when players used to fall down almost instantaneously to appeal for a foul, the matches have gotten much speedier and highlighted with more dynamic plays.

On the other hand, unfortunately, there has also been an increase in the number of dangerous fouls that can cause serious injury to the players. A foul where a tackle fails to catch the ball and hits the opponent in the legs or the torso. In particular, stamping on an opponent's foot, or the studding the opponent's legs.

Needless to say, nobody is intentionally trying to hurt their opponent. In most cases, fouls are accidentally committed as a result of playing hard. However, because of the intense nature of the game, it is necessary to be considerate for others when players sense that they have put their opponent in harm’s way.

If we could remind the players before each match, even just a little bit, about the “prayer” of the young Gremio players, football might become a safer game, despite the intensity level.