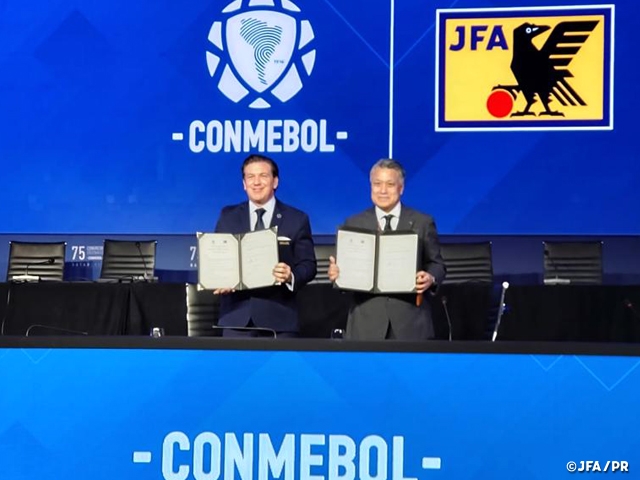 The MoU focuses on knowledge sharing and exchange programmes in order to deepen even further the friendly relationship between CONMEBOL and JFA.

The signing ceremony took place at The St. Regis Hotel in Doha, Qatar, and went in an amicable manner with the presence of Mr. Alejandro DOMINGUEZ, President of CONMEBOL, and Mr. TASHIMA Kohzo, President of JFA. Both positively discussed as to how various exchanges can be conducted through the renewal of partnership this time, and expressed high expectations for future projects.

The MoU between CONMEBOL and JFA aims to cooperate with each other in the areas as follows:

1. Mutual participation in competitions of each category
2. Knowledge-sharing between administrative and management staff
3. To have assistance by CONMEBOL for JFA to establish favorable relationship with Member Associations/Federations of CONMEBOL (including the matters related to future partnerships)