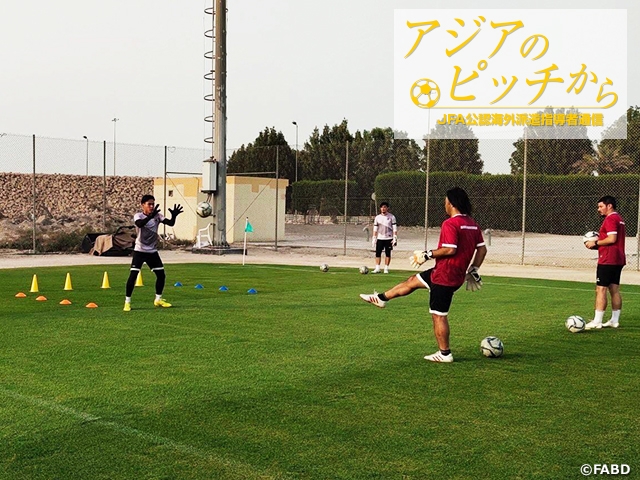 Until April this year, I was working as Head of National Teams Unit where I was responsible for managerial duties such as planning strategies, club visits, operations, budget and inventory management, along with my role as GK Coach for the Brunei Darussalam Men’s National Team and U-23 team. Additionally, I was occasionally requested by the Head Coach to play as a player for the national team in friendly matches against clubs. Last year, I was also involved in the 2020 NFABD B-licence course as an assistant instructor, following the resumption of the second module of the course, which had been suspended due to the pandemic. Now my primary role is GK Coach for the Brunei Darussalam National Team, which allows me to concentrate on activities on the pitch, such as observing training in each of the U-23/19/16 youth categories and providing feedback to the coaches as a supervisor. What is required of me changes from time to time, so I have to develop my skills to respond to these changes and strive to be the ultimate jack-of-all-trades. 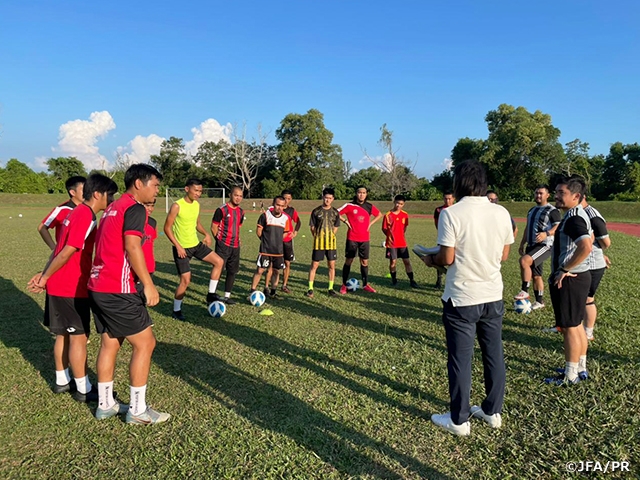 Activities during the pandemic

In March 2021, the government declared the full resumption of football activities, which had been suspended due to measures to prevent the spread of COVID-19, but activities were suspended again in August due to the second wave of the pandemic. As there was no prospect of a full resumption, the association announced the termination of contracts with Malaysian Head Coach Datuk K. RAJAGOBAL and Singaporean Technical Director P. N. SIVAJI. The disappointment of the players, coaches, and the public was immeasurable as the FABD also decided to withdraw from the AFC U23 Asian Cup™ qualifiers and the AFF Suzuki Cup. I was also disappointed as I had been preparing for these two tournaments.

In February this year, the U-23 team participated in the AFF U23 Championship 2022 held in Cambodia. However, the suspension of the domestic league and cup competitions, which lasted nearly two years, has resulted in a significant decline in the players' motivation and fitness. Also, the decision to participate in the AFF U23 Championship was made one month before the competition, which left us limited time for preparation. In Brunei, decisions tend to be made at the last minute. This is part of their culture, but we are working hard to improve it. The team lost all three matches against Cambodia, Timor-Leste, and the Philippines. Despite having little time to prepare, we worked to correct the issues that became apparent after each match, which allowed both the players and the team to grow through the competition. The team was scheduled to participate in the 31st SEA Games (Southeast Asian Games) in Vietnam, but unfortunately had to withdraw from the event due to the decision made by the Brunei Darussalam National Olympic Council, preventing them from gaining further experience at the international stage.

The Brunei Darussalam National Team played international friendlies against Laos and Malaysia in March and late May respectively. The team travelled to Saudi Arabia after their match against Malaysia and are now due to play three matches against domestic clubs. Thus, the team has had many opportunities to gain experience through international friendlies this year. We appreciate being able to prepare early for the AFF Mitsubishi Electric Cup, which will take place at the end of the year. We will also be participating in the AFF U19 and U16 Championships, as well as the AFC U20 Asian Cup Uzbekistan 2023™ Qualifiers and AFC U17 Asian Cup Bahrain 2023™ Qualifiers, which will give a further boost to the football activities in Brunei.

I will continue to work towards laying the foundations to develop the national team, grassroots, youth development, and coach education in Brunei. 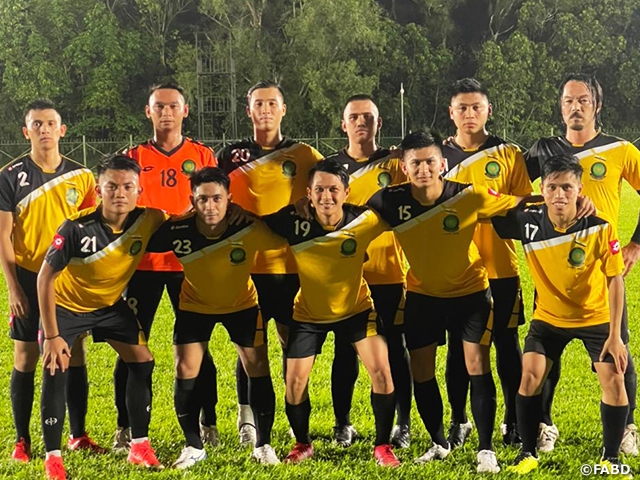