Machida and Yugakkan both crowned champions after the final was called off, while Seiwa Gakuen finished third - JFA 9th U-18 Japan Futsal Championship 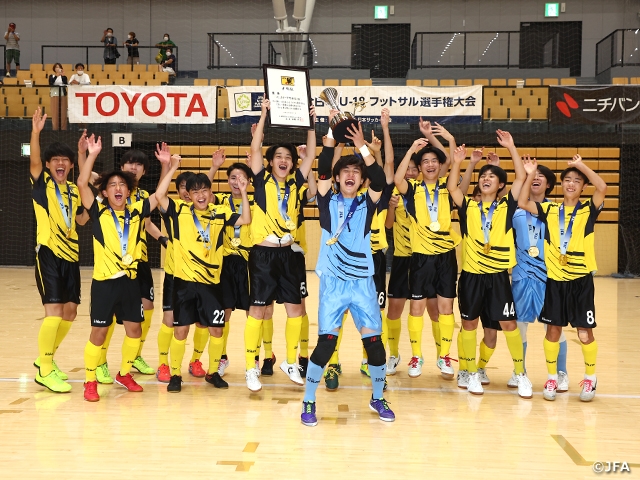 The JFA 9th U-18 Japan Futsal Championship reached its final day of competition on Sunday 7 August. The final between Yugakkan High School (Hokushinetsu/Ishikawa) and Pescadola Machida U-18 (Kanto1/Tokyo), who both made their second appearance in the national championship since the sixth edition in 2019, was cancelled after several members involved in the match tested positive for COVID-19, resulting with both teams getting crowned as national champions.

The third place match was played between Seiwa Gakuen High School Futsal Team (Tohoku/Miyagi) and Sangawa High School (Shikoku/Kagawa), who both reached the semi-finals for the first time. Sangawa High School, who had been playing with a fixed squad for this tournament, showed signs of fatigue from the start of the match. Their ace MIYAKE Haruto was given a start, but was quickly taken off to ice his feet, managing his playing time for the first half. Despite their limitations, the Kagawa side took a 2-0 lead, thanks to the brace of DOI Eita, but Seiwa Gakuen High School rallied back to level the score before SUZUKI Taiki scored the go-ahead goal in the final play of the first half to give his side a 3-2 lead at halftime. 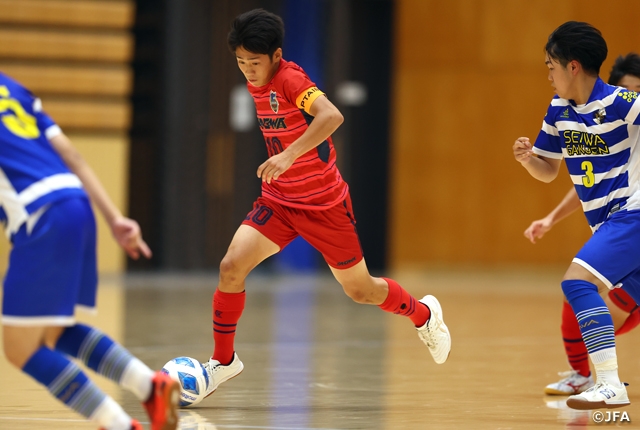 The two sides struggled to convert their opportunities in the second half, as Miyake later reflected, “I couldn’t move my legs as I wanted.” However, it was Miyake who equalised the match in the 38th minute, when he showcased a spectacular individual effort to find the back of the net. Just as everyone thought the match was going to enter a penalty shootout, Suzuki scored his second goal of the match in the 39th minute, securing the win and a third place finish for Seiwa Gakuen High School. 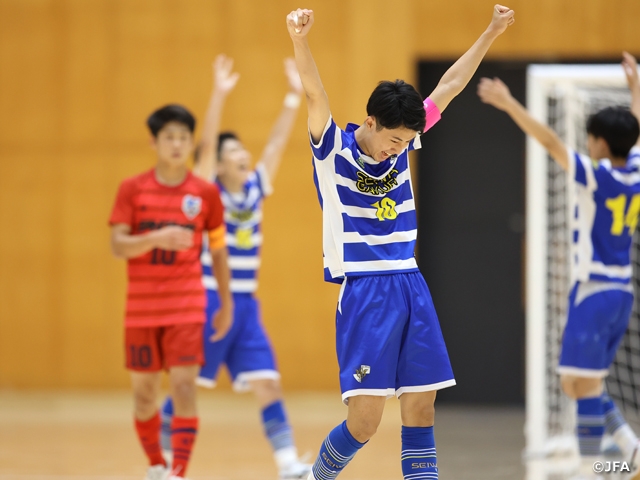 Following the match, Seiwa Gakuen High School’s coach KIKUCHI Hiroshi commented, “Quite frankly, I'm very happy. The players worked extremely hard, so I'm glad for this result. The players were physically fatigued from the tight schedule, but I kept telling them to give their best, enjoy the moment, and return to Miyagi in third place. The fact that we believed in ourselves helped us overcome the deficit.” 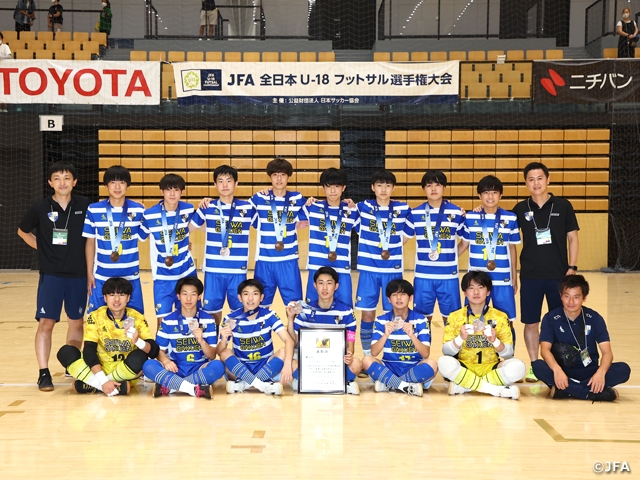 There was no MVP selection for the tournament, and the Fair Play Award went to Machida.

SETO Shinji, Coach (Pescadola Machida U-18)
It is great that we were able to achieve this feat without losing a single match. The players showed great growth over each match, and I hope they will continue to improve to become mainstays of the club. This is the biggest tournament for this age group, and the fact that we were able to win this title gives us great confidence moving forward.

GK #1 WATANABE Sota (Pescadola Machida U-18)
To be honest, we are a bit disappointed that the final was cancelled, but even so, I think our experience in futsal over the past few months has led us to the right direction, and we will try to make the most of what we have gained from this tournament in the future. We conceded two goals in this tournament, but I wanted to finish the tournament without conceding a single goal. Even so, everyone contributed to the goals we scored, worked hard in defence, and we were able to embody the total futsal style, which I believe led to the lowest goals conceded in the tournament.

FP #10 MIYAKE Haruto (Sangawa High School)
Although I was able to score at the end, the match ended in an unfortunate way. I wasn’t able to move my legs as I wanted, and I couldn’t carry the ball at all in the third place match. Even if didn’t have much experience in futsal, I wanted to win the title, so I am disappointed that we finished fourth. I feel responsible for this result, so I am really disappointed at myself. We were undefeated in the prefectural qualifiers, so we wanted to win the title with a perfect record. I will have to reset my mind towards the All Japan High School Soccer Tournament.

FP #10 SUZUKI Taiki (Seiwa Gakuen High School)
We are very happy with the result of our team's first third place finish in the national championship, but it was disappointing to lose to Machida in the semi-finals. We had to come from behind in many of our matches in the first round, so even when we conceded a two goal lead in the third place match, we were able to keep our composure, which I think led to this victory.