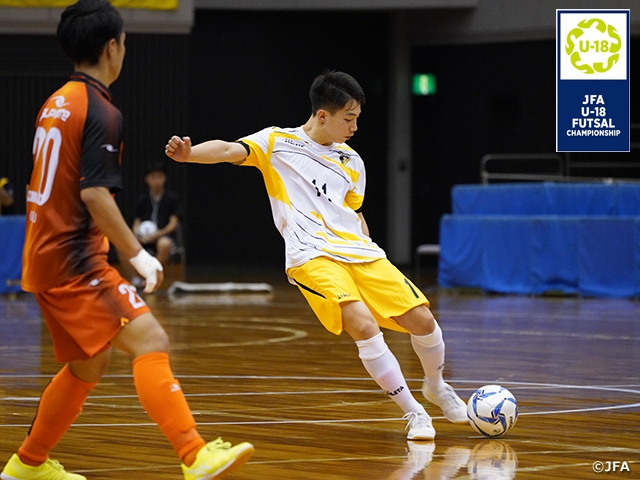 16 teams advancing through the regional qualifiers will be divided into four groups of four teams, with the top two teams of each group advancing to the quarter-finals.

The tournament was last held two years ago, in which two teams specialising in futsal squared off at the final for the first time, as Pescadola Machida U-18 were crowned champions. This year, subordinate teams of two F.League clubs, Bardral Urayasu Tercero (Kanto1) and Fugador Sumida Falcons (Kanto3) have reached the championship. Estabom U-18 (Kansai1) is another team who specialise in futsal, as the team consist of players like JINKAWA Ryo and NAKASHIMA Keita who have been named in the shortlist of the U-20 Japan Futsal National Team.

Until the last tournament, high school football clubs have dominated the tournament. Former champions will seek to retain the title, as Sakuyo High School (Chugoku), Teikyo Nagaoka High School (Hokushinetsu), Yaita Chuo High School (Kanto2), and Seiwa Gakuen High School (Tohoku) are all in the hunt for this year’s championship.

Increasing number of players are joining the F.League and J.League after playing in this championship. Please stay tuned for the exciting tournament competed by the young prospects of the Japanese futsal community. 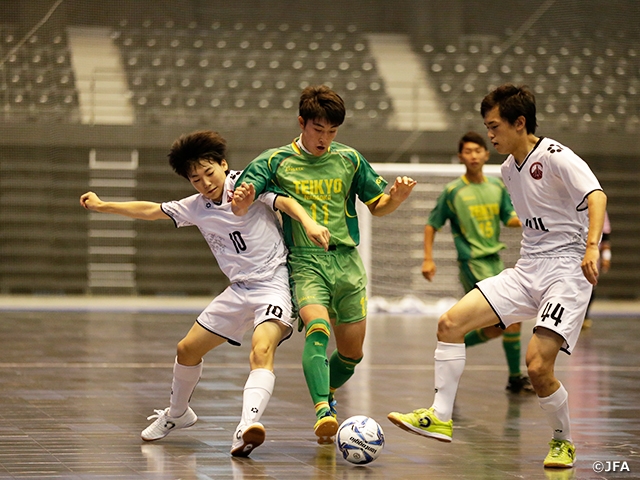 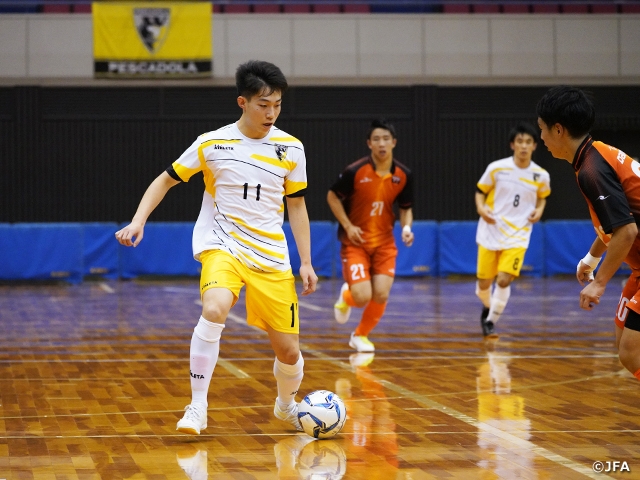 Here we will share the interview conducted with KAI Ryoto who currently plays for Pescadola Machida, and a former member of the championship team of the JFA 6th U-18 Japan Futsal Championship.

――It has been two years since you won the U-18 Japan Futsal Championship. Do you remember about this tournament?

KAI I certainly do. I still watch the matches on JFA TV to this day. It gives me an opportunity to see how much I’ve changed my playing style and improved over the years. I sometimes watch the goal I scored against Santos at the semi-final to get inspiration.

――Your team showcased total dominance at the national stage. What was the key to your success?

KAI After playing for many teams, I can say that the team carried a very positive vibe. Also, the team-staffs provided thorough support during the duration of the tournament. We had a lot of time between the first and second match, so I remember returning to our hotel to get an ice-bath. Because the tournament schedule was so tight, we focused on using our time effectively to take care of our bodies as much as possible.

――What do you remember from the final against Shriker Osaka U-18?

KAI We were overwhelmed by the atmosphere and entered the match poorly but managed to keep our composure to score the opening goal. The fact that we were able to fight as a team allowed us to win the title.

――Was it your first time winning a national title?

KAI Yes it was. I was very happy, but it was a bit surreal to me. At the moment, it just felt like we won another match. After it was set and done, the fatigue kicked in and made me realise that we became the national champions.

――Some of your teammates are now playing in the F.League. What does their presence mean to you?

KAI The fact that (MORI) Gensuke is getting called-up by the Japan Futsal National Team gives me great inspiration. I have played with him since junior high school, and he has always been a step ahead of me. 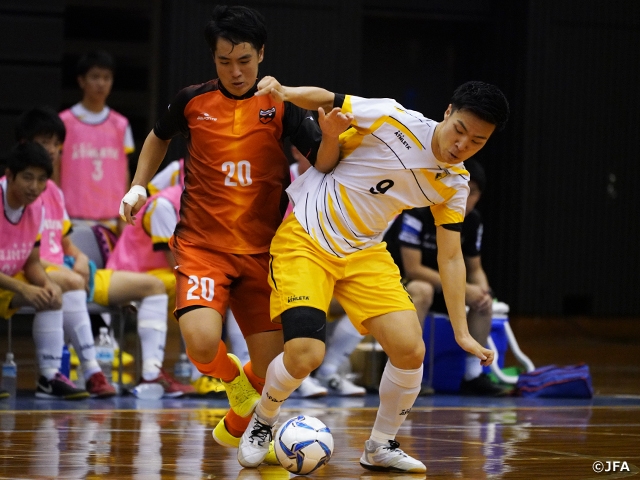 ――Can you give a message to the players participating in this tournament?

KAI Playing up to six matches in four days is not an easy thing to do. I suggest that you use your time wisely. Team activities are limited during this pandemic, so the team also needs to use the time off the pitch to build their teamwork. I personally would like to see a futsal team win the title again. With many of their players selected to the U-20 Japan Futsal National Team, I am looking forward to seeing Bardral Urayasu Tercero. It would be nice if they can bring back the title to Kanto.