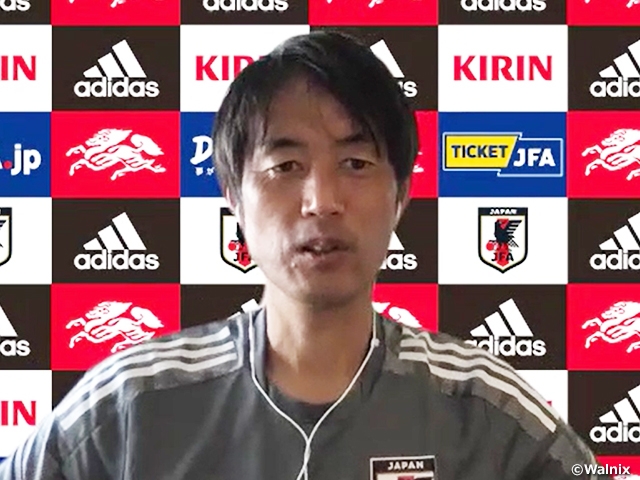 The Nadeshiko Japan (Japan Women's National Team) finished in the top four at the AFC Women's Asian Cup India 2022, which took place from Thursday 20 January to Sunday 6 February. Despite failing to win the tournament for the third time in a row, the team still managed to qualify for the FIFA Women's World Cup Australia & New Zealand 2023™ to be held next year. Here we spoke with Coach IKEDA Futoshi about what he learned from the tournament.

○Interview was conducted online on 9 February 2022

――Firstly, what are your thoughts on qualifying for the FIFA Women's World Cup Australia & New Zealand 2023™?

IKEDA Although we were able to achieve our minimum mission of qualifying for the FIFA Women's World Cup™, we fell short of our goal of winning the tournament and felt that we still have a lot of growing to do.

――How did you feel about the group stage, where you finished first with two wins and one draw?

IKEDA There were some moments where we were able to demonstrate what we have been training for, such as the combination plays to create chances up front. Our players were able to stay on the same page to enter the opposing penalty area, which helped us achieve our goal of finishing first in the group stage. We managed to capitalise on our set-pieces, while also testing different combinations of players, including those who entered as substitutes. I think we were able to advance to the knockout stages while keeping an eye on the players' fatigue levels. 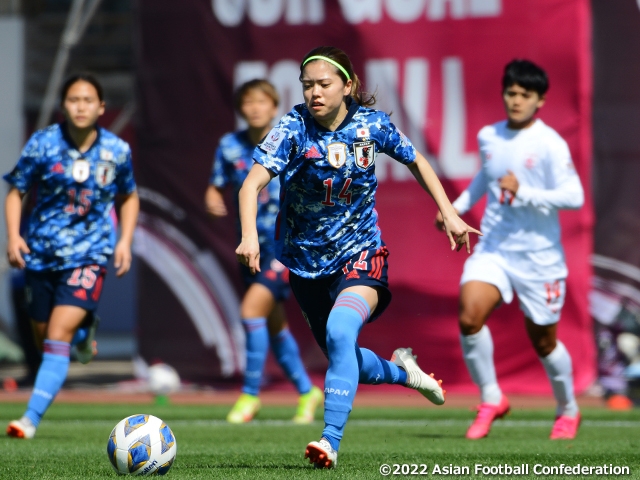 ――The team qualified for the FIFA Women's World Cup™ with their win over Thailand in the quarterfinals, but lost to China PR in the semi-finals after a penalty shootout.

IKEDA We conceded at the beginning of the second half and before the end of overtime in the semi-final, which reminded us that we need to be more careful and play with more precision in those critical moments. We need to work on the details of our positioning and how we control the game as a team.

――In this tournament, there were many scenes where the players demonstrated their ability to win the ball and score goals, which was the theme you have set for the team.

IKEDA As a team, we were able to showcase our ability to deliberately win the ball, build our attacks, and score goals, while also maintaining the players' individuality and imagination. That's something we want to continue to build on and develop our team beyond this tournament. 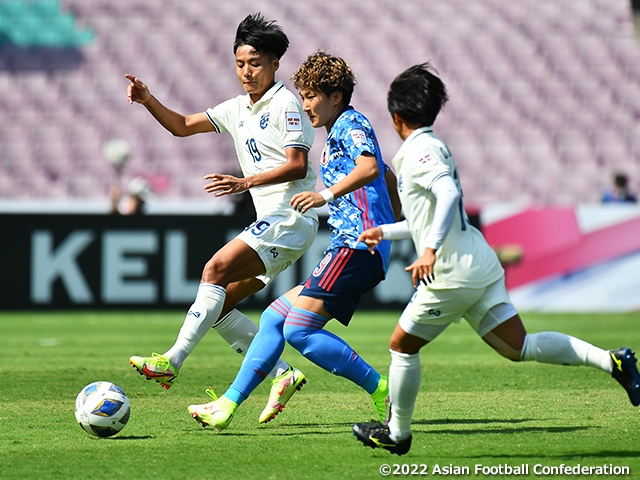 ――What did you talk about with the players after the defeat against China PR?

IKEDA I started by telling them that their attitude throughout the competition had been excellent and that it was something to be proud of. I also told them that the team's early exit at the semi-finals was my responsibility as a coach, and that we still have a long way to go to grow as a team. 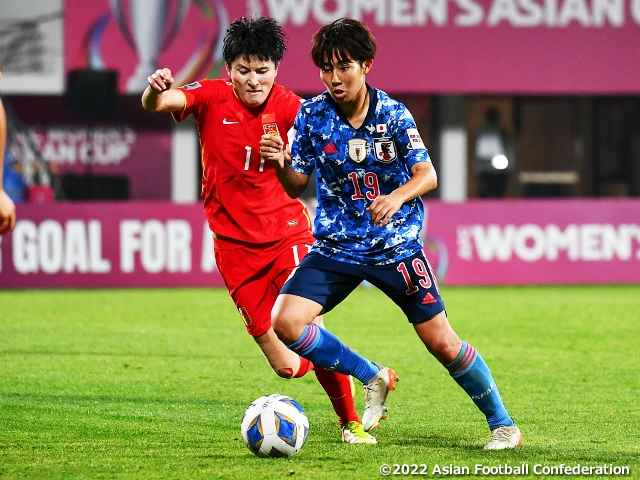 ――How do you plan to prepare for next year's FIFA Women's World Cup™?

IKEDA Before the next national team activity, each player will continue to play for their respective clubs. With the resumption of the WE League in Japan, I hope that each player will be able to improve on their strengths. The Nadeshiko Japan have the EAFF E-1 Football Championship 2022 (China PR) coming up in July and the Asian Games Hangzhou 2022 in September. We want to build the foundation of a team that can excel at the world level, and we hope to develop more players who can compete on the world stage while we continue to spread the team concept of the Nadeshiko Japan.