On Tuesday 21 September, the Japan Futsal National Team held an official training session at Kaunas Arena, which is the match venue of their round of 16 fixture of FIFA Futsal World Cup Lithuania 2021™, where they will face the Brazil Futsal National Team,

Following their match against Paraguay in Vilnius, the team made their way to Kaunas, which is about an hour and a half drive. Kaunas is the second-largest city in Lithuania after Vilnius, and has an episode closely related to Japan. The city is known where Mr. SUGIHARA Chiune, the Vice-consul of the Japanese Consulate in Kaunas at the time, issued thousands of visas, later known as “Visas for Life,” which made it possible for many Jewish refugees to pass through Japan during the turmoil of World War II.

The Japanese side arrived at their hotel before lunch time and held their official training session in the evening. The match venue, Kaunas Arena, is the largest indoor stadium in the Baltic states (Estonia, Latvia, and Lithuania). The arena has the capacity to seat over 15,000 people and has hosted variety of events such as basketball matches and concerts. It is also the venue where the tournament final will take place.

In most tournaments, official trainings are held on the day before the match, but with the round of 16 fixtures scheduled from the 22nd, Japan was assigned to hold their session two days prior to their match. The team went through set-plays and other tactical matters to prepare themselves for their match against Brazil.

Following the session, coach Bruno GARCIA gathered his players to the centre of the pitch and mentioned, “We are about to make history here.”

Japan will face Brazil in the round of 16 of FIFA Futsal World Cup Lithuania 2021™ on Thursday 23 September.

GK #2 PIRES Higor (Pescadola Machida)
Over the past three matches, I feel that our overall performance has not been too bad. Especially in our match against Spain, we were able to showcase a wonderful match against one of the best teams in the world. I was born and raised in Sao Paulo and my family still lives in Brazil, so our next match against Brazil will be a special match for me. I have friends who plays for the Brazilian side, and I am certain that it will be an entertaining match. We will make history if we can win this match. The kids in Brazil truly love to play football and futsal, and many of them are eager to succeed to help their family. Driven by their strong ambitions, Brazilian kids will play football under any given circumstance, even without a ball, and I think that mentality and environment are part of the reasons for Brazil’s success. 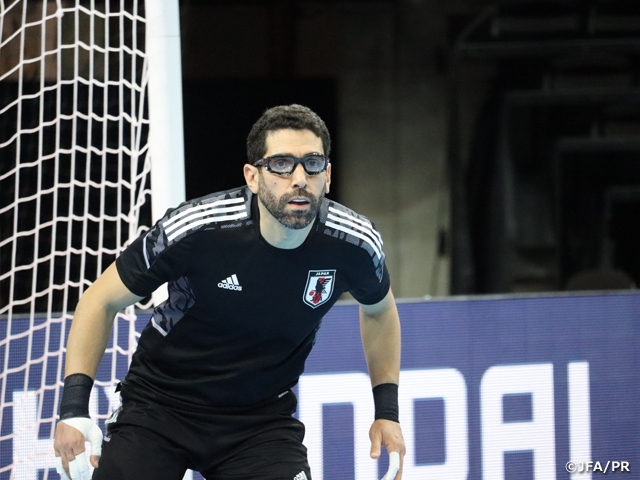 FP #5 MINAMOTO Akira (Tachikawa-Fuchu Athletic FC)
Although we were able to achieve our initial goal of advancing through the group stage, we were not able to clinch the knockout stage by winning all of our matches, so we have a bit of a mixed feeling. Brazil is one of the tournament favourites, but in order to win the title, we need to face them sooner or later, so we will just focus on showcasing our usual performance. I feel like I haven’t been able to fulfil my duty up to this point, so I am committed to do whatever it takes to help the team make a deep run in this knockout stage.

FP #8 KATO Minami (Shriker Osaka)
We were able to advance through the group stage with a record of one win and two losses, but we really wanted to clinch the knockout stage by winning against Paraguay. It was very regretful that I wasn’t able to convert the opportunities in a match I really wanted to win. Although I have never played against Brazil, I am getting the impression that they play a different style than Spain, but still an extremely strong team with plenty of talented players. I wasn’t able to show my presence in our match against Paraguay, so if I am given the chance to play against Brazil, I will give my utmost effort to earn results. The stage is set for us to make history for the Japanese futsal community. We have nothing to lose, so we will do our best to make history. 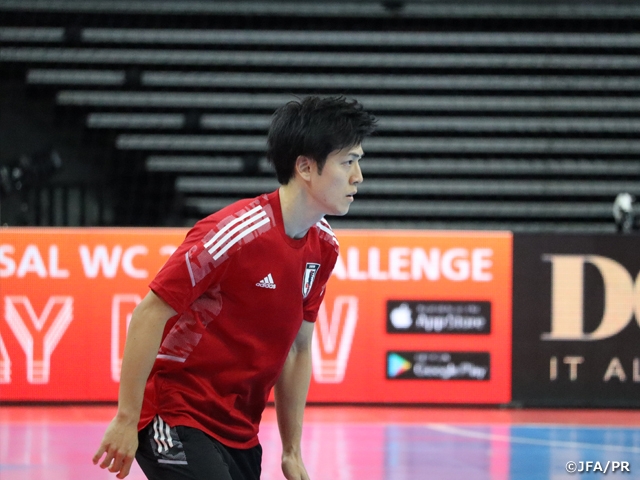