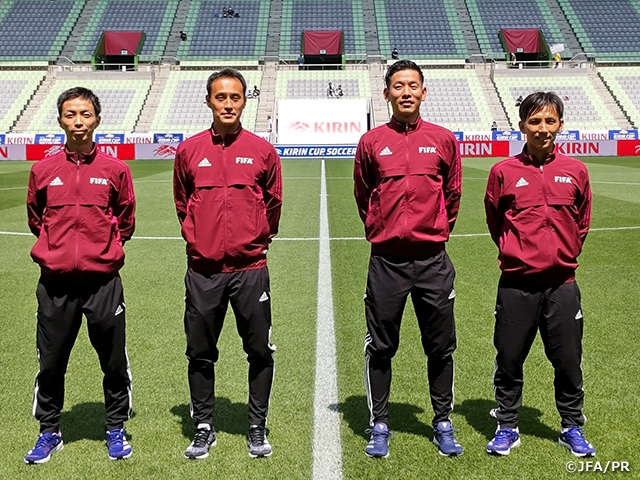 The referees in charge of the KIRIN CUP SOCCER 2022 matches to be held at Noevir Stadium Kobe on Friday 10 June shared their enthusiasm for the match. 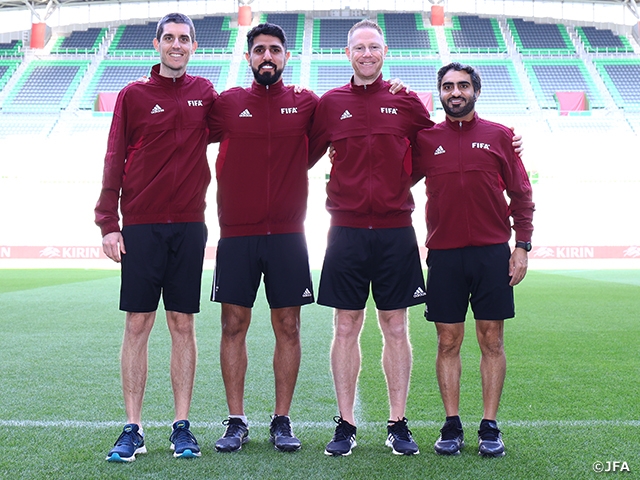 TANIMOTO Ryo (Japan)
We are delighted that the KIRIN CUP SOCCER will be held despite the ongoing pandemic. We would like to thank all those involved in organising this tournament and we will do our best as a referee team to make it a great match for all teams.

Kurt AMS (Australia)
I am honoured to be in charge of a match between two world-class teams, and I wish all the best for both Japan and Ghana.