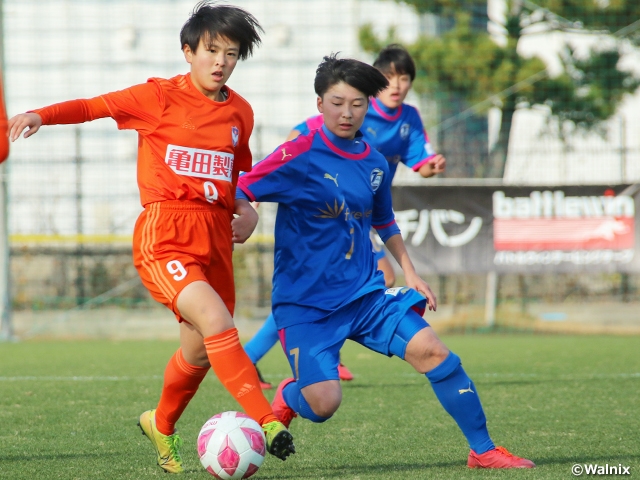 The match started with Iga FC Kunoichi Mie Satelight (Tokai/Mie) taking the initiative, as they applied aggressive pressure from the frontline. The opening goal came in the eighth minute, when EGASHIRA Ichika capitalised on a loose ball following a CK delivered by EGUCHI Ayu.

Trailing by a goal, AIC Seagull Hiroshima Ladies (Chugoku2/Hiroshima) sought for their opportunity to equalise in the second half, as their captain HIGUCHI Yuzuki later reflected, “During halftime, we reminded each other to win the second balls and keep our composure in front of the goal.” With the team showing more composure to move the ball, the Hiroshima side scored the equaliser in the 42nd minute, which was followed up by the goal scored by ITAMURA Mao in the 51st minute, earning their ticket to the second round with a come from behind victory. 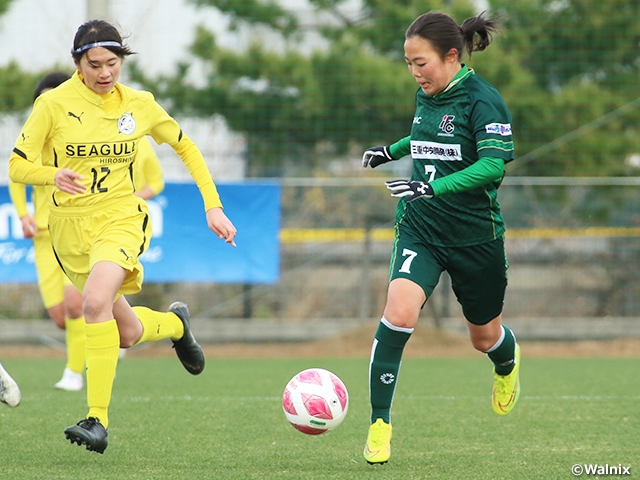 The second fixture saw an intense battle from the first half, as Albirex Niigata Ladies U-18 (Hokushinetsu/Niigata) and Oita Trinita Ladies (Kyushu2/Oita) exchanged blows to threaten each other’s goal. Despite creating chances, both sides fell short from scoring the goal in the first half, as the match entered halftime scoreless.

The second half kicked-off with Albirex Niigata showing more aggression, as their captain YAMAGUCHI Utako later mentioned, “We talked during halftime that we needed to be more eager to score goals and finish our plays with a shot.”

The deadlock was broken in the 48th minute when Niigata’s HORIUCHI Kaho made a sliding effort to convert a loose ball inside the box. With momentum on their side, Albirex Niigata earned a PK in the 50th minute, which was converted by ABE Ayane, followed by a goal scored by SAKAI Runa in the 52nd minute, earning their way into the second place with a 3-0 victory. 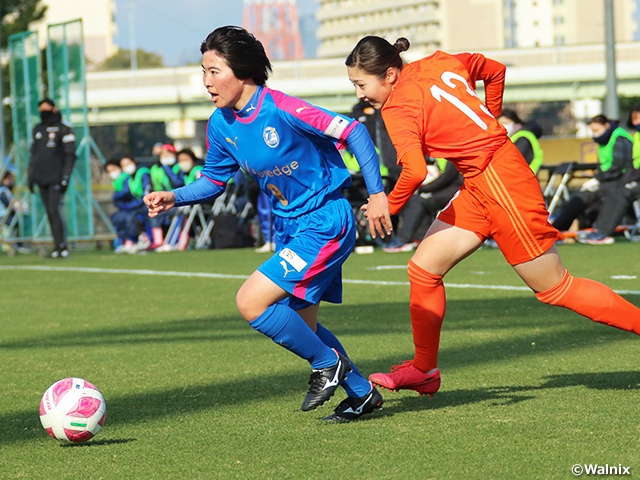 EGUCHI Ayu (Iga FC Kunoichi Mie Satelight)
We managed to build our rhythm from the early minutes of the game, and it was great to score the opening goal, but we conceded two goals at the start of the second half and allowed our opponent to dominate the remainder of the match. We were limited with our team activities this year, but each player put in great amount of efforts to improve ourselves at the individual level. Our team was highly motivated ahead of this tournament, too. We are disappointed to lose this match, but it was great that we were able to heighten the overall level of the team entering this tournament.

HIGUCHI Mika (AIC Seagull Hiroshima Ladies)
Our team consists mainly junior high school players, so we entered the match with a strong intention to beat the high school players, and I feel like we gave our best efforts today. We struggled to find our pace in the early minutes, so that is an aspect we hope to fix ahead of the second round. Looking back on the year, we saw our team getting divided with different opinions after resuming our trainings. However, through many discussions and trainings, we were able to unite as a team and earn today’s victory. 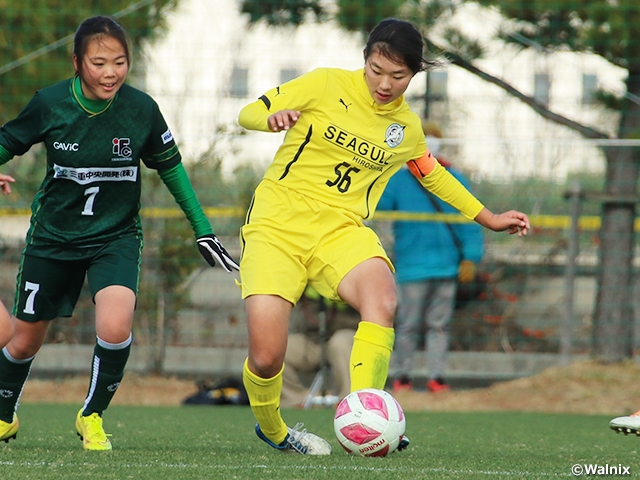 KABEMURA Chihiro (Oita Trinita Ladies)
This year, we started our season two months later than usual, and the Kyushu league was cancelled. However, our players worked extremely hard all year to get here. It was disappointing that we couldn’t win, but the players gave everything they’ve got to win each ball. Although I was the only senior on the team, I was able to play through the year with the support of my teammates and coaches, so I am very thankful. I hope our team will continue to support each other and strive to reach the quarterfinals next year.

YAMAGUCHI Utako (Albirex Niigata Ladies U-18)
We looked nervous and failed to find our rhythm in the first half. The early goal scored in the second half allowed us to get loose and play with more confidence. Our coach was not able to attend this match, so we really wanted to win the match for our coach today. We hope to showcase a better performance from the early minutes at the second round.