The Group K fixtures of the AFC U23 Asian Cup Uzbekistan 2022™ Qualifiers is about to start at J-Village (Fukushima) on Saturday 23 October.

As coach TOGASHI Koichi mentioned, “In spite of the difficult time, many clubs cooperated with us, and I am very grateful for their support,” 23 players, mainly from the J.League, but also from high school and college football teams were selected, despite the tournament being held in the midst of their regular season. Out of the participating teams, Japan is the only team who is scheduled to play their matches with just a day rest in between.

The core of the team is made up of players in the U-20 category, who are born after 2001, the generation that would normally be challenging for the FIFA U-20 World Cup this year, as 19 of the 23 players are from this age group. Coach Togashi, who has been involved with this generation for the past three years as the national team coach, shared his aspiration to “Showcase the accumulation of our experience.”

They will be the target age group for the Paris Olympics in three years, and the international experience they gain here will be invaluable. In the past, Japan Football Association has organised teams that are younger than the age limit to participate in this tournament to gain experience, including the team that competed in the Tokyo Olympics. 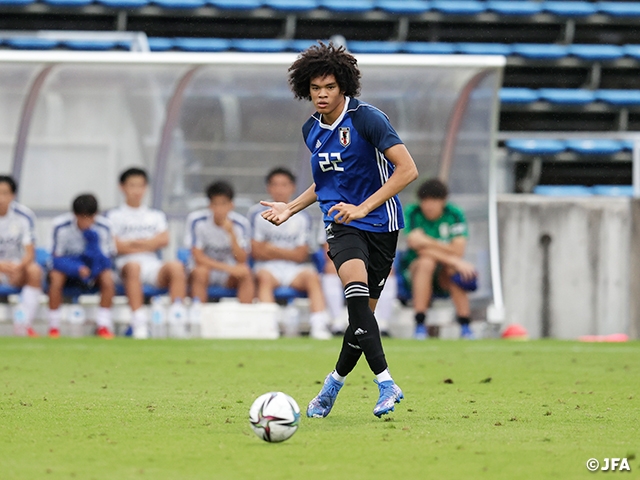 This year’s focus was also on the generation aiming for the next Olympics, but in addition to them, four older players born in 1999 and 2000, YAMAHARA Reon (University of Tsukuba), TSUNODA Ryotaro (Yokohama F. Marinos) (University of Tsukuba), TSUNODA Ryotaro (Yokohama F. Marinos), GOKE Yuta (Vissel Kobe), and MATSUI Renji (Hosei University) were also named into the squad. Coach Togashi explained the reason behind the selection of these four players, “I want to give a chance to the players who are no longer able to gain international experience unless they join the senior national team.” The coach also added, “We needed the help of these U-22 players to show that Japan is a strong team against any team in Asia.”

As a result, a wide range of players, from the youngest selection CHASE Anrie (Shoshi High School) who was born in 2004, to players like Goke who are already playing in the J.League, were named into the same squad. Despite the diverse squad selection, coach Togashi expressed his confidence, “the fact that we were able to hold two training camps helped us tremendously.”

When asked about their opponents, Hong Kong and Cambodia, coach Togashi said, “From what I've seen in the videos, there are some very dangerous players,” and stressed that he was “really grateful” that the younger generation would be able to experience the intensity of international competition for the first time in a long time.

“Anything can happen in football. Even though we don't have enough information about our opponents, we hope to showcase a strong performance as the Japan National Team,” said coach Togashi. 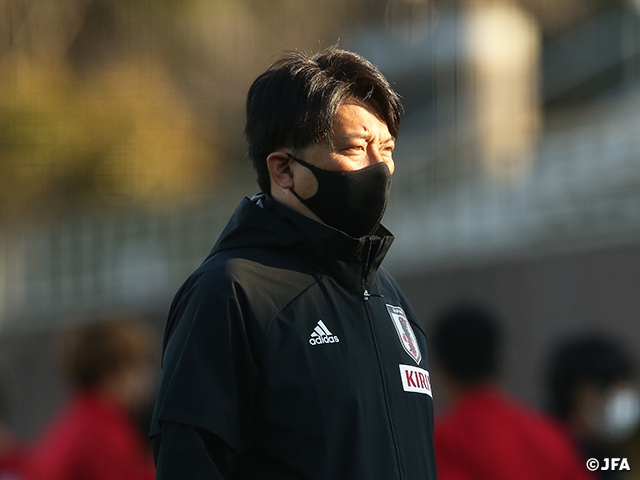 Japan will open their campaign with a match against Cambodia at 13:00 on Tuesday 26. In the year following the Tokyo Olympics 2020, the new generation of Japanese football will make a new start at J-Village.

*All matches in this qualifier will be held with no spectators.