“The act of paying it forward” 10 years since the Great East Japan Earthquake – Relay Column Vol.16 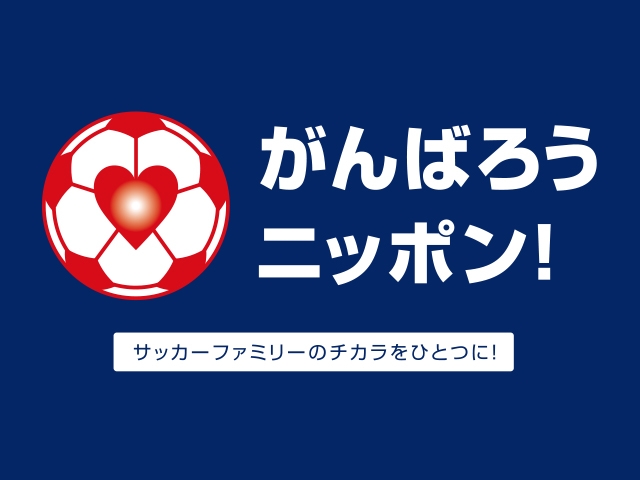 In our 16th column, we will look back on the bonds created through football and the reconstruction process based on an interview with Coach KAJIYAMA Masatoshi of “FC Yamada” in Yamada town, Iwate, which was a region severely damaged by the Great East Japan Earthquake.

Yamada Town is adjacent to Miyako City and Otsuchi Town, and is located on the coast facing the Pacific Ocean. At the time of the earthquake, this region was severely damaged by the tsunami and a large scale fire that followed. That is why it was surprising to hear the words of Mr. Kajiyama saying, “Thanks to everyone, we are now back to our normal lives, doing the same activities as we did prior to the earthquake.” There must have been extraordinary hardships to reconstruct the region, but his wordings did not make you feel that way. His humble personality may not be the only reason that made people think that way. “There are people who were effected by the earthquake more than we did. That is why I can’t talk like we are the representative of the clubs effected by the disaster.” A person who knows pain can think of the wounds of others. There is another old saying that the more sadness you have, the more you can be kind to people.

On 11 March 2011, FC Yamada was preparing for their trip to Kesennuma the next day, as they gathered their equipment in one place to request a delivery. The tsunami washed away all of their equipment after the earthquake. “Everything we needed to play football was gone, from our jerseys to our bench. We had to start over from scratch.” The town’s football field was located on top of a hill, so it was unharmed, but became the base of the Self-Defence Forces who arrived on site to provide support. Mr. Kajiyama reflected on the situation, “Playing football was not high up in our priorities at the time.”

It wasn’t until the end of April that the children were able to play football. They participated in an exchange tournament that also served as reconstruction support event in Morioka City. It took two hours to get to Morioka by bus. The kids looked tired on the way to Morioka, but once they got onto the pitch, they were full of energy. “They became radiant and started to show lots of joy. It really made me realise how great it is to be able to play football.” Until then, there were no team activities held by the club, so the tournament gave the children the opportunity to rejoice and forget about the hardship even for a moment.

After that tournament, the children were given more opportunities to play football at clinics and invitational matches hosted by JFA and J-Clubs. It took six months until the team resumed their activities. They were greatly helped by the donations, both financially and in terms of supplies, which included travel expenses, jerseys, balls, tents, benches, markers, bibs, lighting equipment… There are many things that they are still using to this day, and they have never forgotten their gratitude towards all the support.

Coaches in the coastal areas of Iwate also helped each other and strengthened their ties. An atmosphere was created where everyone watched over and nurtured the players not only from their own club, but throughout the entire community. Through their tireless efforts, KIKUCHI Ryuho from Kamaishi City became a J.Leaguer. Mr. Kajiyama shared his aspiration towards the children of the affected areas, “The coastal areas always had a training centre even prior to the earthquake, but the training centre’s leader passed away during the disaster. That is why I want the children to get better and succeed the will of those people.”

There were encounters and encouragements he would otherwise never face if he wasn’t a football coach. That is why he mentioned, “I hope to give back to the local children through football.” He would teach them how to kick the ball, but he also had something he cherished in the same way. “Today's children did not experience the earthquake themselves. We must not take for granted of the support, the supplies, and the invitations we receive. We must rethink why we are able to play football and have a sense of gratitude for what we are given. These are some of the essential aspects we must convey and hand down to the younger generations.” Even after the Great East Japan Earthquake, natural disasters continue to occur in various parts of Japan. “There are many people who are in need at various places. I would like to pay the favour forward and provide the kind of support we received to those people who are currently in need. I think it would be nice if we all carry that kind of feeling in a day-to-day basis.”

We are amused by the unreasonableness of handling the ball with our feet, and even if we make a mistake, we can help each other to overcome it. The essence of football seems to be the act of overcoming difficulties, and that is the aspect in which Mr. Kajiyama was fascinated by. “To be honest with you, I want our children to win more matches and make them happy. However, things will not always go the way you want, and I think that is a very important lesson. What to do when you lose a match, what to do when you lost the ball. I hope to convey such aspect of football and I want them to become adults who can understand people’s feelings.” The local coach continued to speak calmy to conclude the interview.