From Pitches in Asia – Report from JFA Coaches/Instructors Vol. 58: GYOTOKU Koji, Head Coach of U-20 & U-18 National Team/FFC Academy U-18 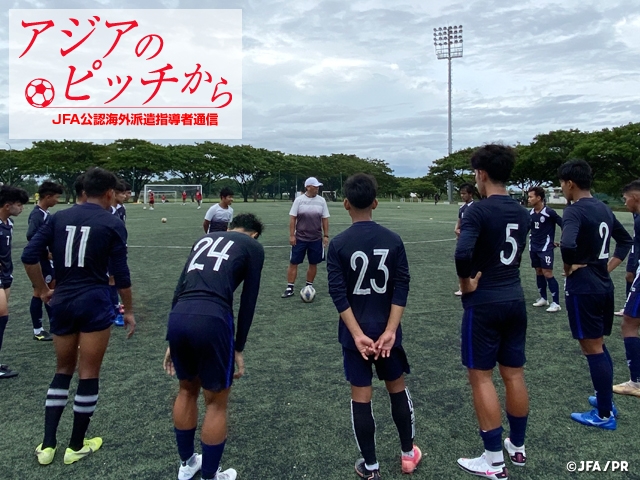 Most of the teams in the Cambodian league are based in Cambodia's capital Phnom Penh or in the country's second largest city, Siem Reap. This year, lockdown measures were imposed in both of these cities due to the spread of Covid-19. With players and staff members testing positive for Covid-19, many teams had to refrain from holding activities which forced many domestic tournaments to be postponed, cancelled, or held under a restricted format.

The Metfone Cambodian League, the highest division in Cambodian football, had to change its league format and was suspended several times, but the league is finally on track to complete the entire schedule in mid-November. Another major tournament, the Hun Sen Cup (a tournament open to both amateurs and professionals, just like the Emperor's Cup in Japan), was suspended in May, but resumed in October.

Activities of the U-18 National Academy

The National Football Academy operates out of the National Football Centre, located about an hour drive from Phnom Penh. In response to the spread of Covid-19, schools have been holding classes online since April of this year, so the players were able to stay within the academy premises at all times. Due to the fact that the players’ exposure to outside contact was limited, the academy was able to continue training even during the period when public gatherings and sports activities were restricted in Cambodia.

However, the U18 Youth League, which started in January 2021, was cancelled after two preliminary matches, and we unfortunately had to withdraw from the League Cup in June after one of our staff members tested positive for Covid-19 on the day before the tournament. This was very unfortunate as it would have given us the opportunity to play against professional teams. If there are no more Division 2 matches held before the end of the school year this November, it will mean that we have hardly played any matches against other teams all year. I hope the players will be able to experience much more matches next year. 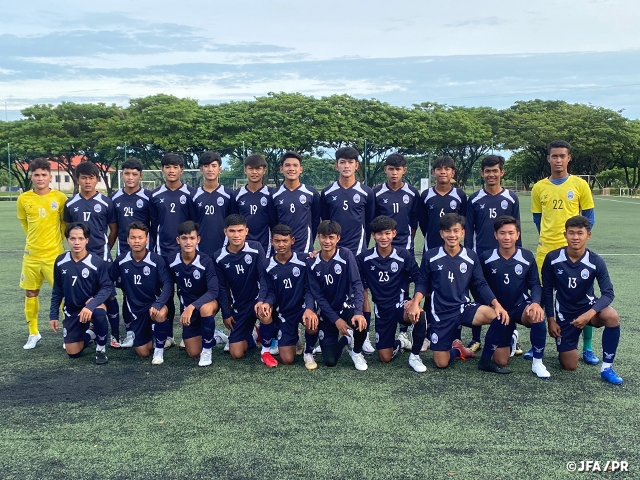 After being in talks with the Japan Foundation Asia Center Phnom Penh Liaison Office for about two years, we have started teaching Japanese to the academy players. With the support of the Japan Foundation Asia Center, the players were provided with “Irodori,” a Japanese language learning material, notebooks, pens, and handbags, to setup a sufficient learning environment. The classes are led by Mr. MITSUMARU Toshihiro, a Japanese goalkeeper coach of the Football Federation of Cambodia, and Japanese language teachers dispatched by the Japan Foundation Asia Center. Since the online classes provided by the schools are only available in the morning, these Japanese classes provide something new and interesting for the players during their spare time. While both the players and coaches seem to enjoy taking part in the Japanese classes, we sincerely hope that this experience will one day become useful when these Cambodian players graduate from the academy and challenge to play in the J.League. 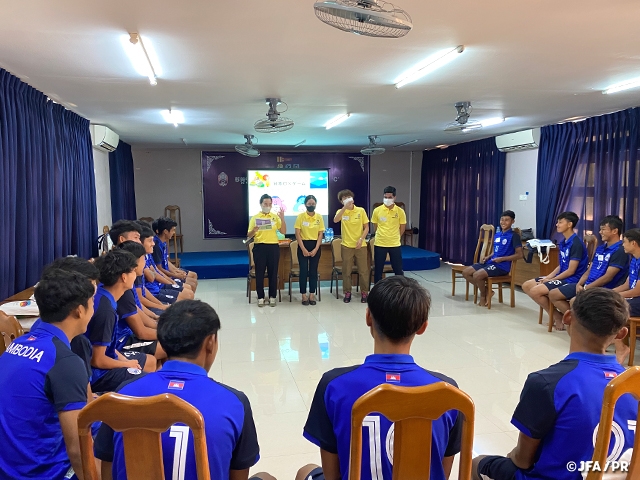