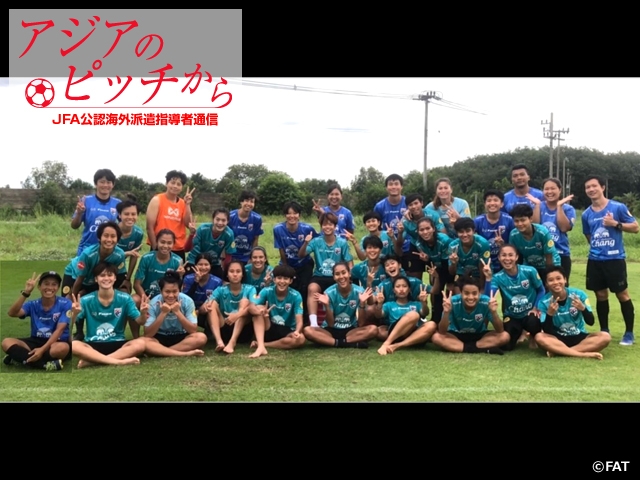 One year and two months have passed since I was dispatched to Thailand in March 2021. Last year, in the midst of the COVID-19 pandemic, all activities had to be carried out under strict COVID-19 preventative measures. Because the domestic leagues was cancelled, an 8 month-long training camp (240 days) was held for the Thailand Women’s National Team during the nine months leading up to the AFC Women's Asian Cup India 2022™, which was held in January this year. The training camp gave the players and staff an opportunity to spend extensive time together, working as if we were a club team. My biggest mission as Head Coach of the Thailand Women's National Team is to qualify for the FIFA Women's World Cup Australia/ New Zealand 2023™, and I am working hard every day with the players and staff to achieve this goal.

The AFC Women's Asian Cup India 2022™ qualification round was held in Palestine in September last year. With a 4-0 win over Malaysia and a 7-0 win over Palestine, we were able to advance to the final tournament of the AFC Women's Asian Cup India 2022™. After returning from Palestine and taking a three-week break, the team resumed its training camp in November to prepare for the final tournament in India. Although we had plans to tour abroad and play international friendlies before the tournament, all international matches were cancelled due to the pandemic. The only option left for the team was to play training matches against men's teams in Thailand, which led to a lack of official match experience and insufficient preparation, raising concerns prior to the tournament. 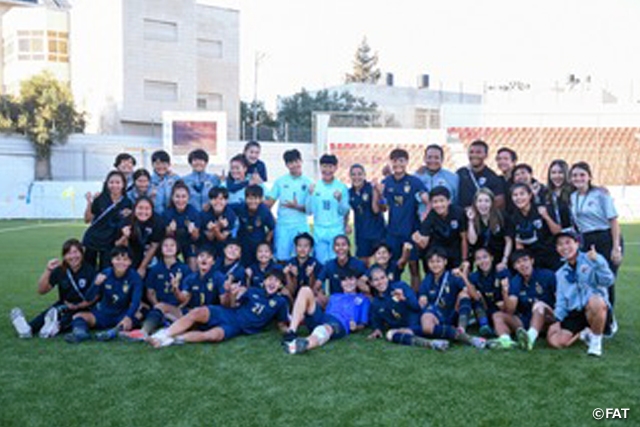 Ahead of the AFC Women's Asian Cup India 2022™, the team arrived in Mumbai, India, on 17 January. In the group stage, we lost 0-1 to the Philippines, won 4-0 against Indonesia, and lost 1-2 to Australia, but managed to advance to the knockout stage as one of the wild cards. A win against Japan in the quarterfinals would have qualified us for the FIFA Women's World Cup™, but we ended up losing 0-7, which sent us to the play-offs. Since Australia, who automatically qualified for the FIFA Women's World Cup™ as hosts, were also eliminated in the quarterfinals, Vietnam, Chinese Taipei, and Thailand competed in a single round-robin play-offs, with the top team qualifying for the FIFA Women's World Cup™. However, we lost 0-2 to Vietnam and 0-3 to Chinese Taipei and are now headed to the intercontinental play-offs to be held in Australia in February next year. It was very unfortunate that we had a COVID-19 outbreak within our team during the tournament, which forced a number of players from participating in the matches. I myself missed a few matches, including the crucial match against Japan, and the play-off matches against Vietnam and Chinese Taipei, which was extremely disappointing. Nevertheless, thanks to the players and staff who never gave up and fought until the end under these harsh circumstances, we still have a chance to qualify for the FIFA Women's World Cup™ through the intercontinental play-offs. Currently, we are working to strengthen the team through competitions in ASEAN to prepare for the intercontinental play-offs. I am grateful for everything I am able to experience together with the players and staff, and we will continue to work hard every day to achieve our goal. 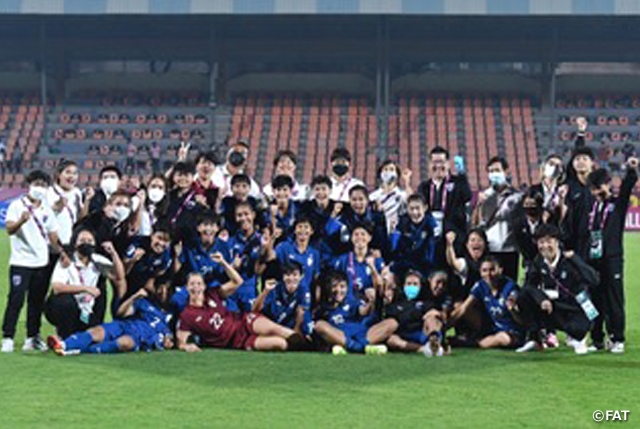