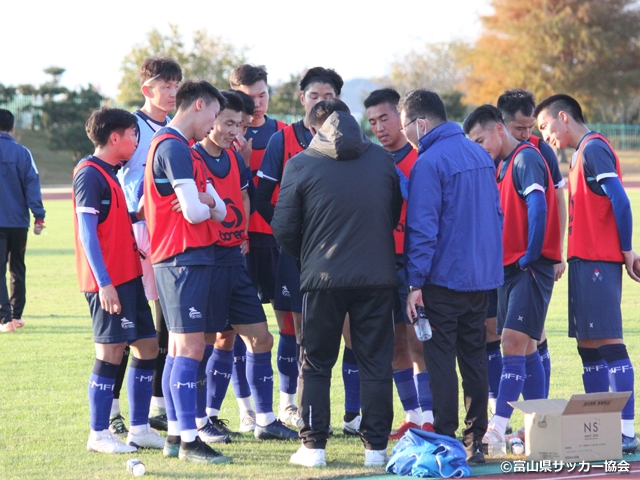 The Mongolia National Team held a training camp in Toyama for 11 days from Friday 11 November to Monday 21 November. During the camp, the team participated in the “Toyama International Cup 2022” organised by the Toyama Football Association, where they played matches against Toyama Daiichi High School and Toyama Shinjo Club. The team also played an exhibition match against U-18 Kataller Toyama.

Match results are as follows: 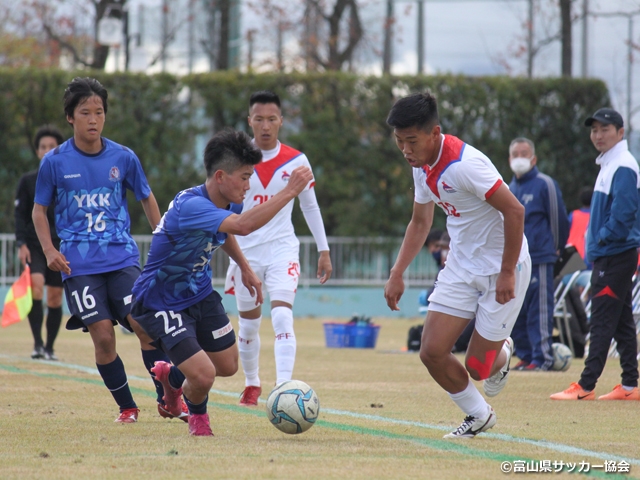 We, the Mongolia National Team, are not able to train outdoors during the winter or on natural grass. Being able to train in this environment during this time of the year has given us a great start towards the first round of the FIFA World Cup™ qualifiers, which will take place in October next year. Above all, the fact that we were able to hold this training camp in my hometown of Toyama, with the support of the people there, made me forget the loneliness I felt living far away from home in Mongolia. The players initially struggled to play on natural grass because we do not have any natural grass football pitches in Mongolia. However, they eventually got used to it and were able to demonstrate their strengths and speed as we played more matches, so it was an invaluable experience for us. From here, we will continue to build our team through friendly matches and strive to win at the Asian Games and the first round of the FIFA World Cup™ qualifiers, so that we can face the Japan National Team.

Tsend-Ayush Khurelbaatar, Captain of Mongolia National Team
This year marks the 50th anniversary of the establishment of diplomatic relations between Mongolia and Japan. Through the cooperation between the JFA and the Mongolian Football Federation (MFF), the JFA has supported us in dispatching coaches for both the men's and women's national teams, which has significantly improved the performance and tactics of our teams. MFF's Mongolian National Premier League began its 2022-2023 mid-season campaign on 7 November.

In order to prepare for two major competitions (the first round of the FIFA World Cup™ qualifiers and the Asian Games) scheduled for next year, the Mongolia National Team travelled to coach Otsuka's hometown, Toyama Prefecture, on 11 November. There, we held a training camp under his guidance and shared our expertise with the local football clubs. Training during the wintertime is not feasible in Ulaanbaatar, the capital of Mongolia, due to the severe weather. We would like to express our gratitude to Toyama Prefecture, Toyama City, and Toyama Football Association for their kind hospitality and for making arrangements for a comfortable stay during the camp.

We are very pleased with all the teams we played against and the welcoming atmosphere in Toyama. We would like to assure everyone who supported us that we will do our best to return the favour in our next competition. We would also like to thank JFA, Toyama Football Association, Toyama Prefecture, and everyone who has supported us. We look forward to building an even more fruitful relationship in the future. On behalf of the Mongolia National Team, I would like to wish the Japan National Team all the best at the FIFA World Cup Qatar 2022™. 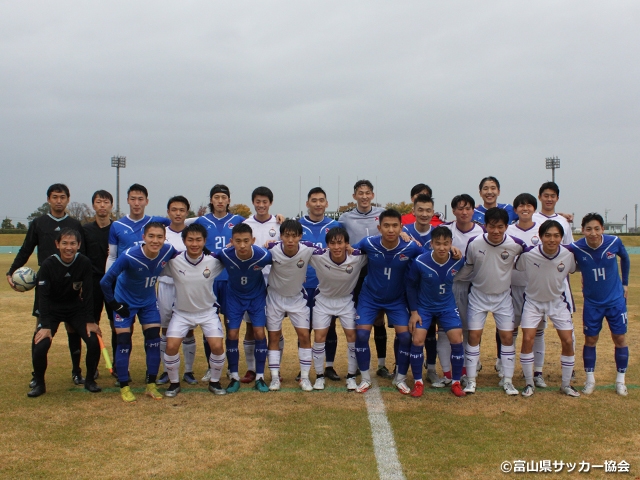 Upon receiving requests to hold training camps in Japan, JFA will make various arrangements, including training-matches, in efforts to support the development of the national teams of the AFC Member Associations.
For more information